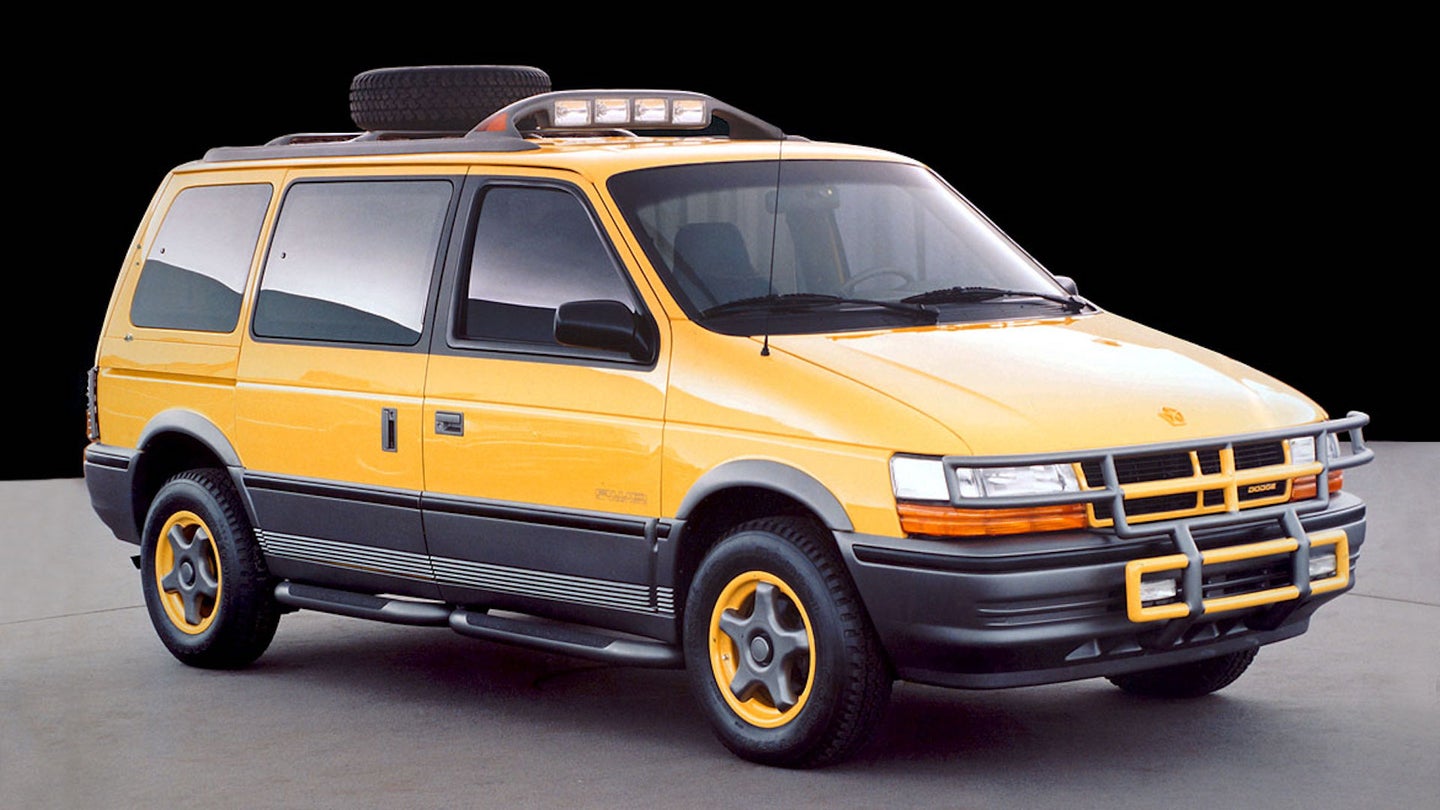 Michael Santoro may not be a superstar designer like Ian Callum, but he's certainly a stylist with whose work you're familiar—he helped shape the TJ Jeep Wrangler, for starters. Throughout his tenure at Chrysler, during which he also penned the Cirrus and bridge-jumping Dodge Stratus "cloud cars," Santoro became the de facto minivan specialist, a role in which he drew up everything from surf vans to "high-performance Autobahn stormers." During this time, Santoro also envisioned a ruggedized Dodge Caravan, one that came painfully close to being realized before Jeep, out of supposed pure jealously, got the project shut down.

Santoro revealed the unnamed Caravan concept on a page of his personal website, where he recalls his history as Chrysler's minivan wizard. He earned himself this title by coming up with a concept for a minivan taxi, one that management loved so much it decided to pigeonhole him into minivan concepts almost exclusively. Anything he came up with, Santoro recalls, could become a special-edition model or a new trim level, so long as it didn't cost too much to actually make. He was effectively limited to wheels, graphics, and some basic accessories.

Even with so little to work with, Santoro put together a Dodge Caravan off-roader concept with different wheels, side steps, a light bar, and brush guards. Simple though it may have been, management and Dodge dealers alike loved it, and the outdoorsy Caravan reached full-size prototype stage. But before this vehicle could make its debut at the Chicago Auto Show, from which Santoro says it was "a step away," Jeep dealers apparently got wind of it and raised one heck of a stink.

"Everyone loved it… except the Jeep dealers who felt it would cannibalize sales," says a passage on the project's page. "The prototype was a step away from premiering at the Chicago Auto when the plug was pulled at the last moment."

Given how secretive car companies can be about special projects even decades after they're scuttled, it feels miraculous that images of the concept vehicle have survived long enough to be uploaded to the internet. Still, we've reached out to Dodge and Jeep to see if anyone there can corroborate Santoro's story.

As sad as it is that this early adventure van never made production, the fact that we know it exists means we can set to work replicating it. Time to get out that Sawzall and fire up the 3D printer.