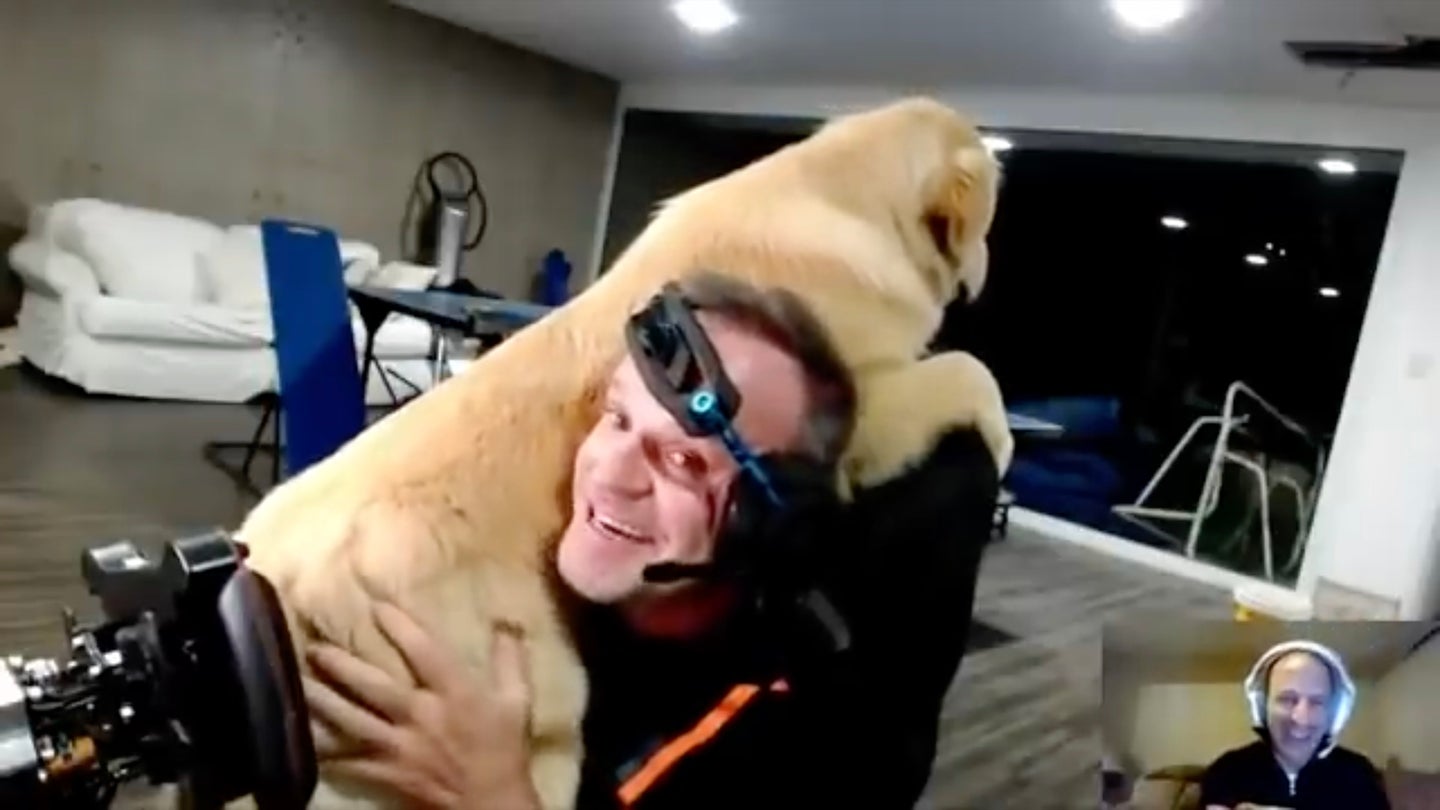 Professional racing drivers were among the many professions to learn the struggles of working from home this past Spring. Some found the lack of adrenaline in sim racing hampered their performances, while others struggled to maintain boundaries between their work and home lives. The latest pro racer to struggle with the latter problem was former Formula 1 driver Rubens Barrichello, who had an iRacing stream interrupted by his aggressively affectionate Golden Retriever.

The incident unfolded early last week during an inter- or post-race chat between Barrichello and his countryman and former IndyCar rival Tony Kanaan. During their chat, the younger of Barrichello's two Goldens, named Skip, decided this was the right moment to initiate cuddles. Not by shoving his face in front of the screen and pawing at Rubinho's leg as my Belgian Shepherd would, but by physically clambering up the Brazilian and over his shoulders. Barrichello's Twitch seems not to have archived the footage, though the driver later uploaded it to Instagram to share with #dogstagram.

"It was a peaceful live [stream] until Skip wanted a hug," reads Rubinho's description of the video.

Other comments of Barrichello's reveal Skip being an endearing homage to Skip Barber, the famed driving instructor, and erstwhile F1 driver. The Brazilian's other Golden Retriever, Indy, is similarly named in tribute to the heart of American open-wheel racing. Rubinho too has been honored by his fellow racers; current Mercedes-AMG F1 driver Valtteri Bottas named one of his dogs after Barrichello according to Singapore's The Newspaper.

Remastered, 60 FPS Onboard Video of Senna at 1990 Monaco GP Shows an F1 Legend At Work