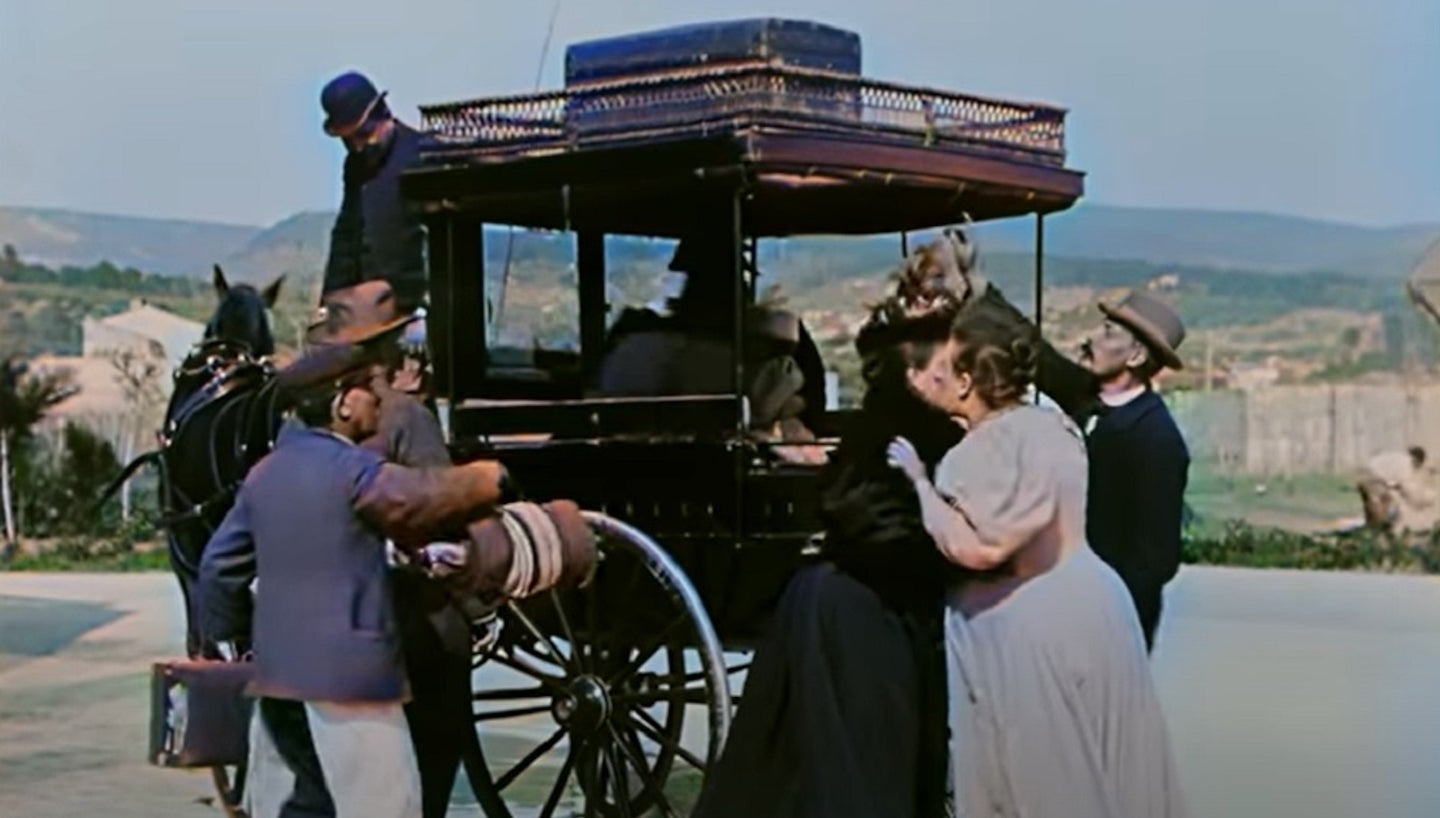 So you’re getting ready for a family road trip in 1895. You pack your trunks, lace up your corset or layer on your three-piece suit, saddle up the horse, pass the baby around so you can get in the carriage, and go. You probably have about thirty pounds of clothing on, including a fancy hat and impeccable shoes. Of course, it's not often that we get to see footage from this era, let alone remastered in 4K at 6 fps.

The original filmmakers were French inventors and big-brain brothers Auguste and Louis Lumière, largely known for being responsible for the birth of cinema with their innovative Cinématographe motion picture system. Their movies were called “actualités,” which roughly translates to current news; it’s early documentary filmmaking.

Remember, there were no rest stops with vending machines back then. No McDonald’s to save you from hunger pangs. No Dinosaur World for a quick stop. And I’m guessing there was not adaptive cruise control on the horse, let alone Cadillac SuperCruise. Changing those giant wheels was not a simple matter on the Rockaway carriage, which had a roof that extended over the driver, also protecting the passengers from the elements somewhat.

And I see no spare tires on this one-horsepower buggy. Now I'm wondering what a family road trip will look like a hundred years from now; will it be a vertical-takeoff aircraft like the Jetsons? I've been waiting for that.

Press the accelerator softly, and it’s calm. Press it harder, and here comes the storm.