Fewer European manufacturers and fewer vehicle reveals caused over 35,000 people to skip the final year of the January slot. 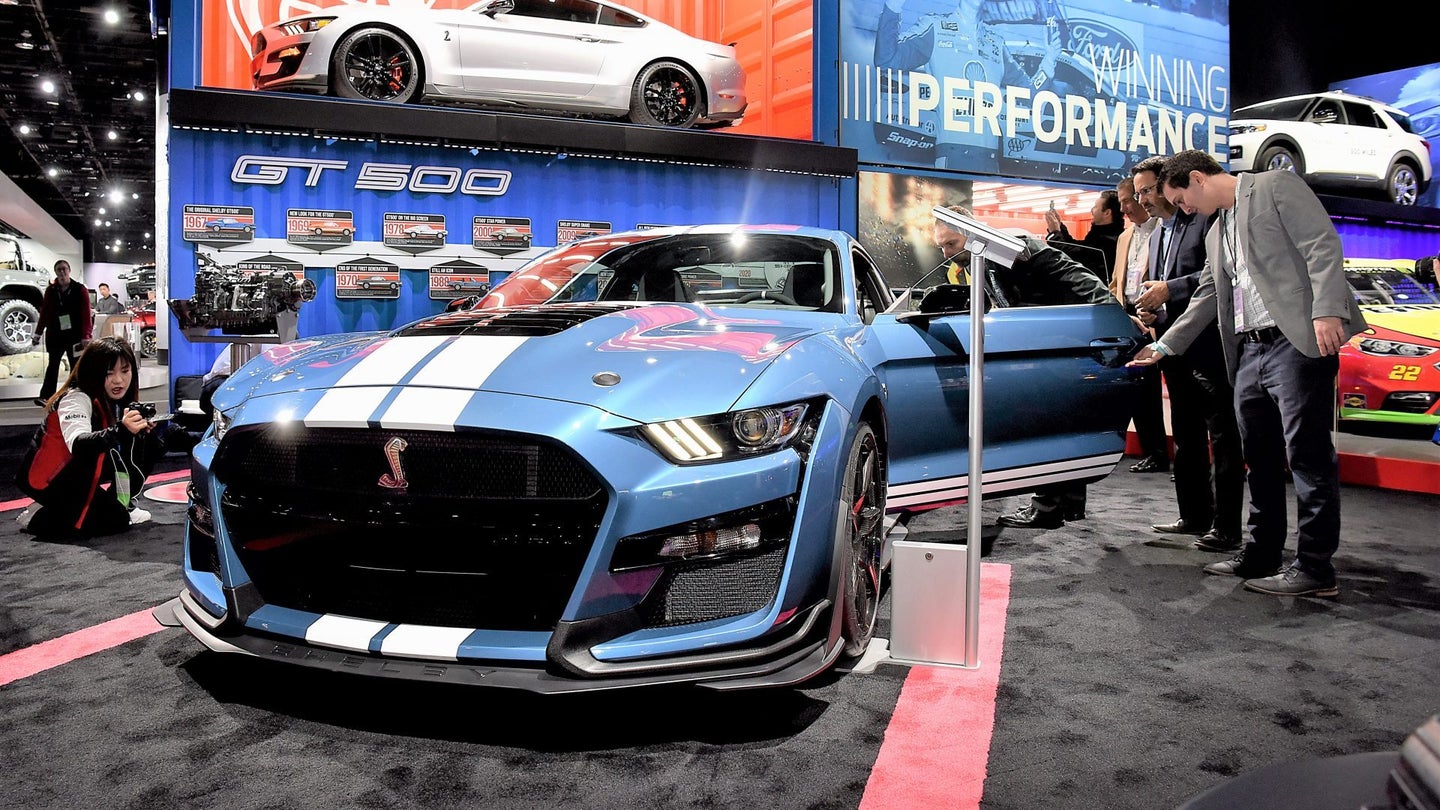 The North American International Auto Show has now closed and its organizers have released some attendance statistics. Not so surprisingly, the Detroit show's final January installment saw a slowdown in activity across the board. There were fewer tickets sold, fewer journalists in attendance, and fewer new car reveals compared to last year.

Specifically, a total of 774,179 people made their way to a car-filled Cobo Center this year compared to 809,161 in 2018, marking a drop of almost 35,000 attendees or five percent. Exactly 4,568 credentialed members of the automotive media showed up compared to 5,078 journos a year ago. In terms of the number of products revealed, the 2019 Detroit Auto Show saw 44 unveilings, 31 of which were world debuts. In 2018, 69 vehicles were revealed while 71 were unwrapped in 2017. Among the 31 cars saying hello for the very first time this year were the 2020 Toyota Supra, Ford's Mustang Shelby GT500, and Cadillac's new XT6.

The attendance drop can be attributed to a sizable group of manufacturers choosing to sit out this year's show. BMW, Mercedes, Audi, Porsche, Jaguar Land Rover, Volvo, Mitsubishi, Mini, and Mazda all played hooky this time around.

Despite the decline, America's premier automotive trade show remains a significant source of revenue for Detroit, generating $430 million to the area's economy. This is, according to event organizers, the equivalent of almost two Super Bowls.

For 2020, NAIAS will be moving to June and feature a revised format, outdoor interactive experiences, and—naturally and thankfully—much warmer weather.

Because 700-horsepower sports cars and luxury sedans are cool and all, but these are the rides folks will actually buy.

Here are the highlights from this year’s Detroit show, including a healthy dose of American muscle and a certain Japanese sports car.