Post Malone's McLaren Senna XP Could Be Yours for a Reasonable $1.7 Million

Post is about to be Over Now with his Senna, but your journey is just beginning. If you're rich. Obviously. 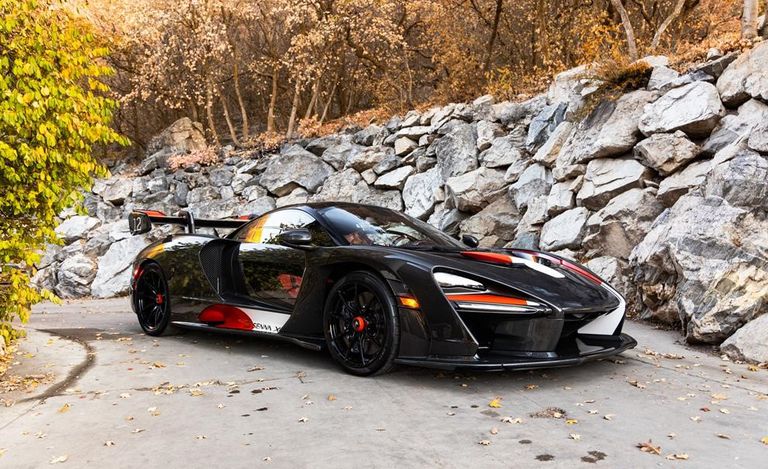 Austin Richard Post, known by everyone in pop culture as Post Malone, has made it. Not because he has seven Grammys out of eight nominations, or because he has his own limited-edition Crocs (he’s giving out 5,000 pairs for free, y'know), but because he can drive anything he wants. And once upon a time, he wanted a McLaren Senna, but now he doesn’t.

Malone is selling his 2019 McLaren Senna XP Master of Monaco, which the ad in DuPont Registry helpfully tells us is “EXTREMELY RARE!” Like, one of three XP models in the U.S. kind of rare. Only 500 XP cars were built in total, all of which were bought by enthusiasts before production in 2018.

The car has just 147 miles, which is kind of a shame. Post: Get out there and drive your cars! Sure, it's not as sweet as your bagged Chevy C10 pickup, but it at least deserves to see the light of day.

"XP" stands for "Experimental Prototype," which means McLaren itself used this car during the Senna's development. McLaren of Beverly Hills then had it commissioned to honor Ayrton Senna's six Formula 1 wins at the Monaco Grand Prix, of which five were achieved consecutively. That's where the motifs come in, separating Postie's XP from the rest.

Each seat has a Monaco flag stitched into its headrest, and there's a mural of Senna in his McLaren F1 racer greeting you as the doors open. There's the usual fare of special badging and unique accent colors, and it even has an etched accelerator pedal. Don't worry, it's hardly ever been touched so the image should still show through just fine.

The power specs are missing from the ad, so we’ll give Post a little help here: The Senna has a 789-horsepower twin-turbocharged V-8, which will get you out of your driveway and up to 60 miles per hour in less than three seconds.

The car cost $1,435,328 when new, and one source, citing Malone’s father, says that Malone is hoping to get $1.7 million for his Senna. A good buy, but only if he throws in a pair of Post Malone x Crocs Duet Max Clog IIs.