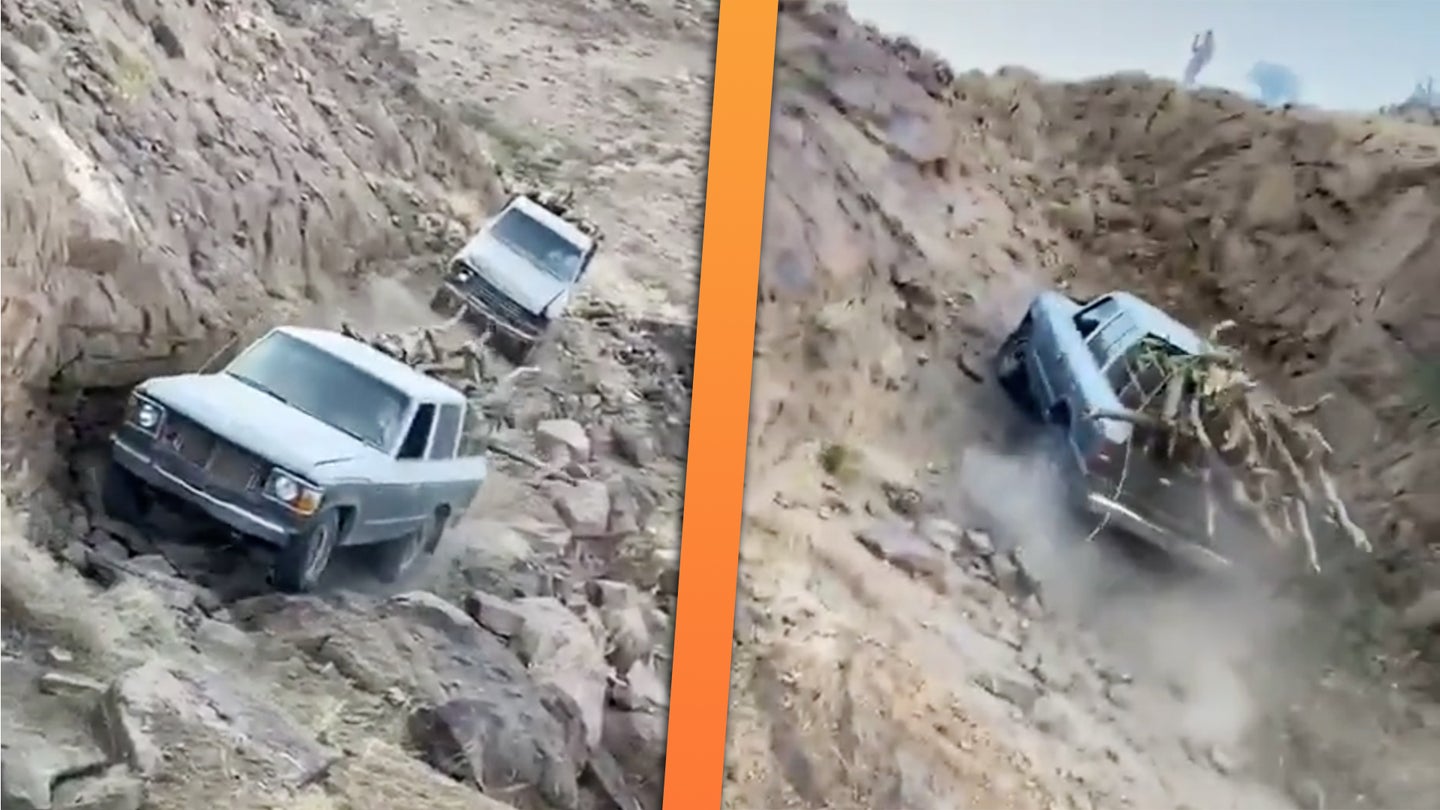 You may think you’re an off-roading superstar, and sure, some of you may be. But it’s tough to match the sheer hubris of folks who traverse treacherous mountain roads in Yemen—not exactly for fun—but because it's part of living somewhere remote and with little infrastructure. Have you ever seen a mountain goat scamper up a rocky hill? That’s what these videos depicting Toyota Land Cruisers climbing up and down trails will remind you of.

Despite the condition of some of these Cruisers, some dating to the '60s and others more recent, their drivers are clearly not worried about having the latest and greatest off-road suspension and I doubt they've even heard of modern technology like hill descent control or crawl modes. This is off-roading at its most primal.

Yemen is a country located south of Saudi Arabia, and it has almost 280 miles of southern coastline near the Gulf of Aden, reaching almost into Djibouti all the way in Africa. (What’s the capital of Djibouti? Djibouti!) If you search “4x4 Yemen” or “dangerous roads Yemen” on YouTube you’ll find some gnarly trails. These are not your average carved-out roads for recreational driving, like I mentioned, these folks actually tackle these paths for a living, sometimes commuting on them to get home or work and vice versa.

In some cases, as you can see in the video, these vehicles are carrying wood, construction materials, or other boxed goods in the back of them, making it look like they are going to come loose and roll down the mountain at any given moment.

Wheels spinning, truck bodies bumping along, this is not a video you want to watch if you get motion sick easily. And in this other video below, check out the tip-over at the 1:55-minute mark, proving that this is no easy feat. I'll bet they got out, dusted themselves off, and got right back behind the wheel.

Best Off-Roading GPS: Go Off the Beaten Path Without Getting Lost

These off-road GPS units can help you navigate the wilderness.