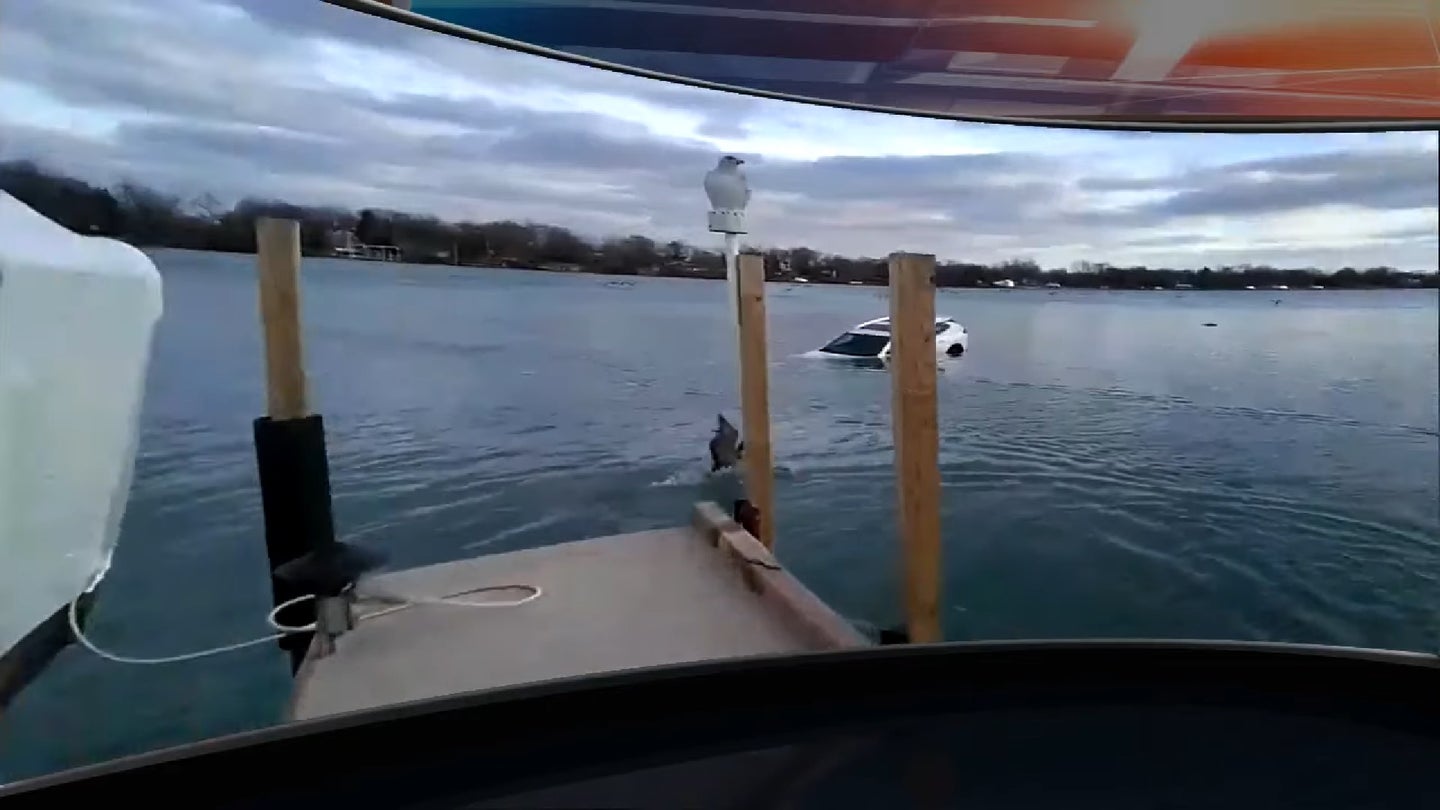 Police in Trenton, Michigan, found themselves very likely saving a life out of the Detroit River on Monday after a woman somehow drove her SUV into the body of water, reports Fox 2 News.

The incident began when local couple Linda and Bill Tilley spotted a "large splash" in the Trenton side of the river and initially thought it was a bird. Upon closer inspection, they realized it was a white SUV and promptly called 911, reports ABC 7. The Tilleys then realized that somebody was still in the vehicle and was "tapping their brake lights."

When officers arrived on the scene, they commandeered a nearby kayak belonging to someone living in the area and paddled out to the slowly sinking crossover. "There's someone in the driver's seat but not able to get out of there," one officer declared. Sargeant Steve Lyons, an eight-and-a-half-year veteran of Trenton Police Department, reportedly had to break the car's window with a paddle and pull the 53-year-old driver out. Lyons actions are being praised as "smart" and "heroic."

The car, meanwhile, was retrieved from the river by dive teams on Wednesday.

At the moment, it's unclear how the SUV driver lost control and put her crossover into the river. She was apparently "awake and aware" when she was taken to Beaumont Hospital by paramedics after being rescued and is currently back home recovering.

As for the Tilleys, Linda says they'll be putting window breakers on all of their cars from now on. With Christmas just days away, we wouldn't be surprised if friends and family of the Tilleys found the things in their stockings this year as well.

Sonar located the Mercedes C-Class and police are currently investigating the situation.