What’s The One That Got Away?

Sometimes you miss out on your automotive soulmates. 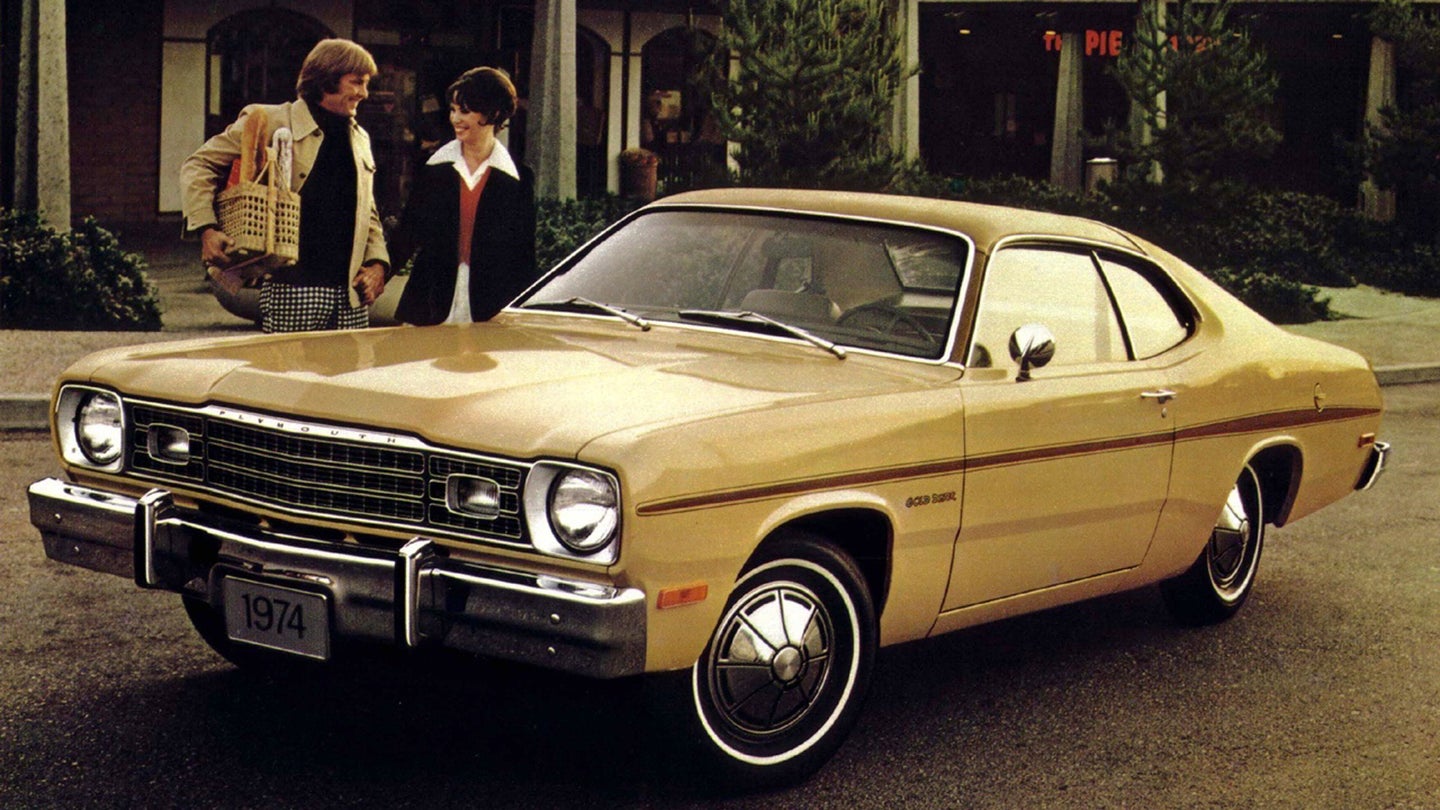 When I was 16, my dad flew to Florida to pick up a used Plymouth Gold Duster from one of my grandmother’s friends. A few days later, a shining maize two-door semi-fastback coupe was sitting in our driveway. In my youthful stupidity, I told my dad I didn’t like it. He shrugged and sold it to the next-door neighbor boy, who later said to me, "Hey, I'm so glad your dad sold me that car. It's FAST."

I got what I deserved: a couch-on-wheels 1977 Dodge Aspen in an exterior color that resembled a two-SPF Coppertone bottle. I embraced the Aspen because it was all mine and it meant freedom, but I definitely missed out on that Duster.

If you’re an enthusiast, you probably have a similar story.

My friend Harvey Briggs at Rides and Drives spotted a ’69 Corvette at a swap meet and ‘Vette-only show in Bloomington, Indiana in the late 90s. It gleamed in Fathom Green with a tan top and interior, and it called to Harvey with its siren song. With two kids under the age of 10 and a one-car garage, Harvey opted to pass it by, but not without regret.

“I remember riding in a car just like that with a friend of my dad’s when I was a kid,” he said. “It was lovely. But it was a point in my life when having a fun car like that wouldn’t have worked.”

AutoPacific’s Ed Kim coveted a Peugeot 205 GTI 1.6 as a college student. The timing didn’t match up, however; he had just purchased a brand-new Honda Civic. Then he saw the Peugeot for sale at the Monterey Historics in 1993 and talked to the owner for hours.

“What scared me off was driving a rare Peugeot with no parts and service support as my daily driver college car,” he said. “In retrospect, I should have done it. What a unique – if occasionally heart- and wallet-breaking – experience it would have been.”

In 1981, Greg Riley (Garage DLX) was 19 and working part-time for a wealthy local gentleman, helping maintain his car and motorcycle collection. The collection included several historically important motorcycles and cars, including a 1951 Packard coupe, 1953 Packard Caribbean, Jaguar XK120, 1957 Chrysler 300D, and an ultra-rare Citroën SM. His job was to start the cars regularly, keep them clean and to drive the cars for short distances in the neighborhood adjacent to the owner’s estate.

After moving to Houston, Riley stayed in touch with the owner. In July of '86, Riley’s friend called him with the news that he had decided to live on his sailboat full time and was planning to liquidate his collection. Knowing Riley had always particularly admired the Caribbean, he offered to sell it to him for $3,500. Riley told him he couldn't really afford it; that was a lot of money for a guy in his early 20s just dipping his toe into the working world.

“He offered to let me make payments, but I said no,” Riley says. “I didn't want to lose a friend should things not work as agreed.”

Two weeks later, Riley was reading the Houston Post and an obituary caught his eye: his friend had drowned while boarding his sailboat on a foggy night. He never saw that Packard again, but not long ago, he visited a high-end vintage car shop in Houston, and there sat the rare Citroën SM, still exactly the same as Riley last saw it… still wearing the 1985 license plates and inspection sticker.

We want to hear about the car you wish you hadn’t let slip away. What’s your story?

Practical performance for a practical guy.