Aston’s prototype shows it’s not chickening out on the open-top concept for this 700-horsepower lightweight special. 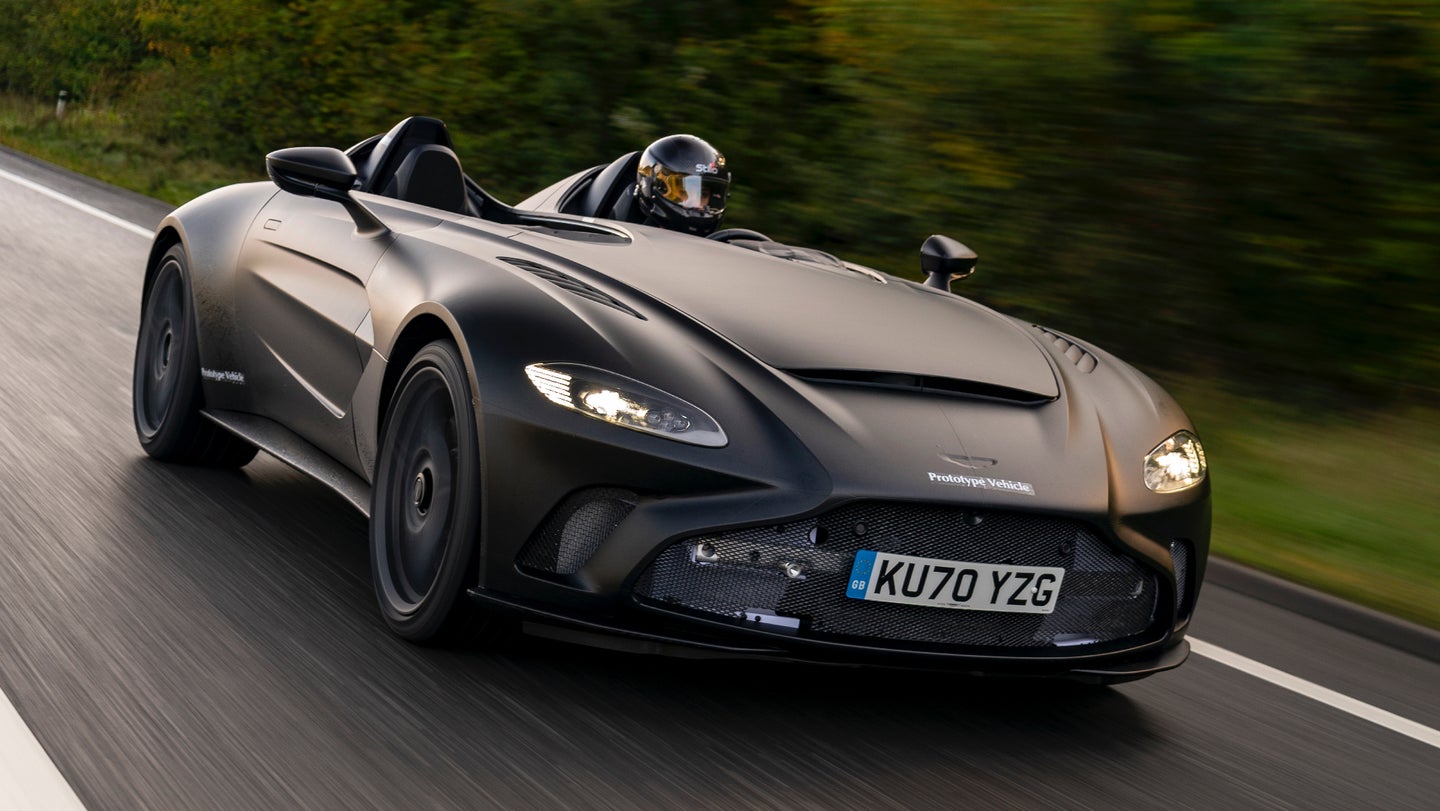 Aston Martin released photos of the first prototype V12 Speedster today, complete with a test driver in a helmet. That's right: They're sticking with the ultra-lightweight open-top concept.

The V12 Speedster is a hyper-exclusive sports car with the 5.2-liter twin-turbo V12 from the Aston Martin DB11 and no windshield. 700 horsepower. 555 pound-feet of torque. Absolutely nothing between your face and oncoming flies.

Nearly all of the V12 Speedster's body is carbon fiber, so naturally, our intrepid test driver(s) donned a carbon-fiber full-face Stilo helmet for this photo shoot to keep the bugs out of their mouth.

He wouldn't pass the broomstick test and would absolutely be thrown out of any track days that are strict about roll hoops, but something tells me that isn't where a $950,000 weirdo like this is headed. If you can afford to blow nearly a million bucks on a supercar, surely you can just buy out Circuit of the Americas for the day or something on the off-chance that you are a rare cool supercar owner who actually drives said cars.

The rest of the car also looks like the earlier photos that came with the original V12 Speedster reveal, complete with the sculpted sidelines, the handle-shaped rear wing and the center bridge that encourages your passenger to stay on their side while you're driving.

According to Aston Martin, this is the first prototype V12 Speedster before it enters serious dynamic development. Deliveries of the car are expected to begin in 2021. Only 88 V12 Speedsters will be built, so if you were hoping to be able to hear all of the V12 sounds without a pesky windshield standing in the way, here you go.

With a starting price of nearly $74,000, even simulating the Valkyrie ain’t cheap.