Starting July 1, that little metal target of enthusiast scorn will no longer be required on vehicles in Ohio. 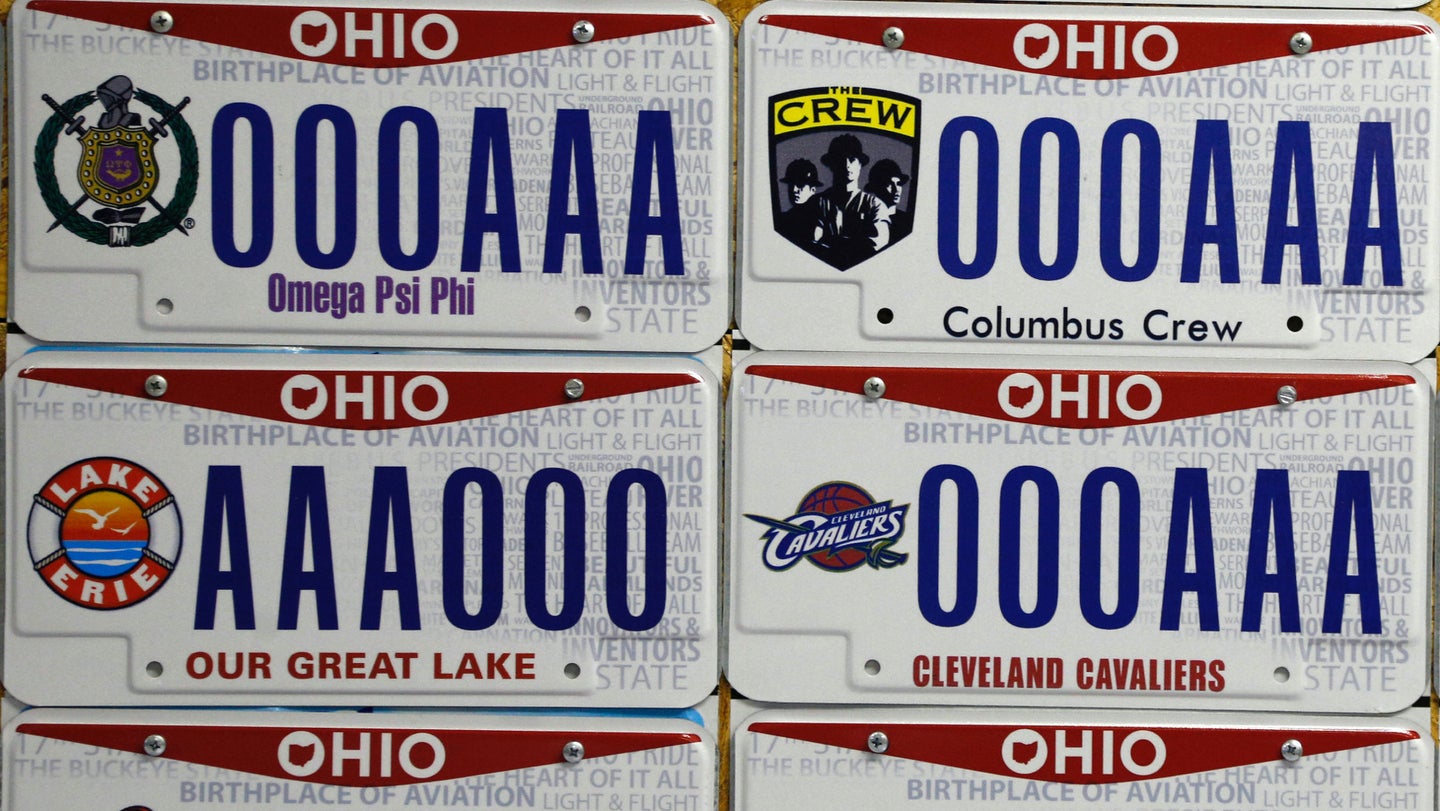 Chuck your car's front license plate in the garbage and be free, Ohioans! Per the Ohio Department of Public Safety, front license plates will no longer be required on passenger vehicles starting on July 1, reports News 5 Cleveland.

The change was part of a compromise that was made by lawmakers in April 2019 and included in House Bill 62. This bill standardized license plate rules for a number of different vehicles, including passenger vehicles, which now only have to run a single rear license plate.

Not displaying a rear license plate is a misdemeanor and what a spokesperson for the Ohio Department of Public Safety called a "strict" liability offense in a statement to News 5 Cleveland. The change received pushback from law enforcement groups, who claimed that having only one rear plate will make it more difficult to identify vehicles.

Yet a time when there's significant backlash against the unequal policing of people of color, giving law enforcement fewer reasons to interact with you over things that don't actually harm anyone is a popular idea.

Enthusiasts have claimed for years that the front plate requirement is bogus. It blocks airflow or looks bad. Drilling into the front bumper seems like a waste when other states don't require front plates. Producing two license plates is a waste of state funds.

Members of The Drive's staff have been ticketed before in manufacturer-owned test vehicles that didn't have a front plate, as the state where they were registered in didn't require them. Ultimately, those tickets were on the manufacturer to fight, but it's yet another example of how front plate requirements can be an irritating waste of your time and money.

Fortunately for us, manufacturer and dealer-owned cars were specifically called out in the Ohio Department of Public Safety's statement as vehicles which will also use a single rear plate.

Your wrecker's out of luck, though. "Commercial tractors" will still be required to run a front license plate as they're used frequently to tow other vehicles.

Correction: Thursday, July 2, 10:34 a.m. ET: A previous version of this article referred to a John Deere as a commercial tractor, but Ohio's definition refers to vehicles made to tow other motor vehicles and/or those vehicles' loads.