Representative Ken King's bill would add "luxury passenger cars" with price tags over $60,000 to the list of vehicles exempt from front plates. 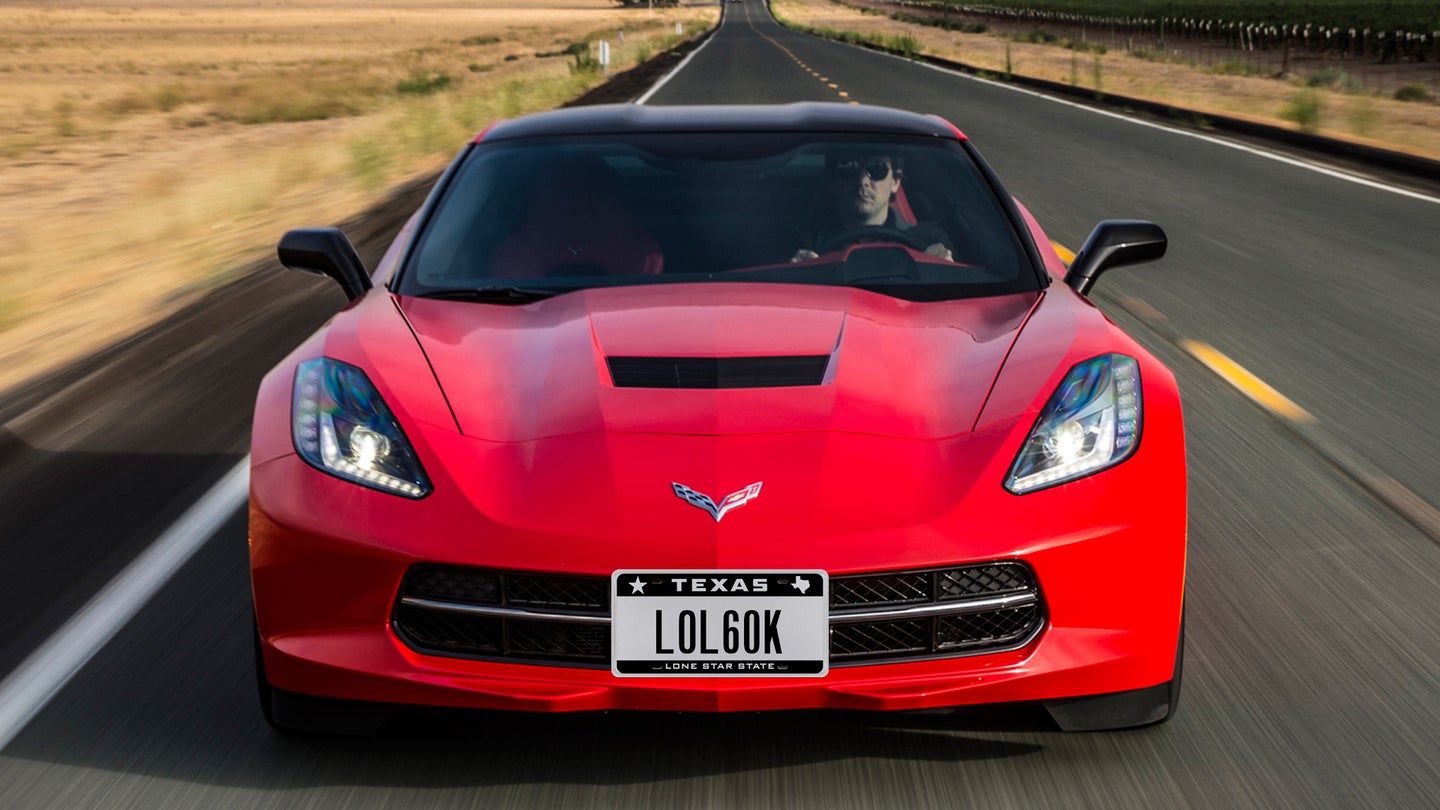 "All animals are equal, but some animals are more equal than others" might be a thinly veiled stab at the hypocrisy of Stalinism, but it also does a halfway decent job of describing Texas state representative Ken King's recently-introduced bill seeking to modify the Lone Star state's vehicular registration requirements. All passenger cars are equal, it argues, but when it comes to having to wear front license plates, some are more equal than others.

Texas House Bill 673, which was filed on January 7th, 2019 by Rep. King of Canada, Texas and recently brought to light via Reddit, seeks to amend the state's transportation code to the following: "A person commits an offense if the person operates on a public highway during a registration period a road tractor, a motorcycle, a trailer, a semitrailer, or a luxury passenger car that does not display a license plate [in front]." (Emphasis added by The Drive for effect.)

The bill goes on to add that, for the purposes of the law, "luxury passenger car" refers to "a passenger car that has a manufacturer’s suggested retail price of at least $60,000 for a baseline model."

Currently, Texas is one of 31 states that require license plates on both the front and rear of passenger vehicles. The state briefly had no penalty for driving without a front plate due to the accidental removal of a portion, but as of September 2013, the law imposes a fine of up to $200 on anyone caught without a plate on the front of their vehicle.

Now, if you're like your humble author, you might immediately ask, "What sort of Corvette do you think this Texas state representative drives?" But you, like me, would be jumping to conclusions based on unfair stereotypes. King, it seems, is merely concerned with Corvette owners.

"People who purchase cars like a Corvette, for instance, a Corvette doesn’t come with a front license plate bracket," King told Ken Herman of The Austin American-Statesman. "And, you know, when people buy those cars, they don’t particularly want to drill a hole in their brand new car’s bumper.”

It took far less time than you'd think to find a picture of Rep. King in a Corvette.

King told Herman that HB 673 was inspired by "one of my constituents and a supporter...(who) has a number of cars, and he frankly doesn’t want to have to put a front license plate on."

When Herman asked King the obvious question—"Why not exempt everybody? Why just rich people?"—the Texas legislator, whose website also describes him as president of an oil rig product supplier called Black Gold Pump and Supply, Inc, proceeded to demonstrate an astounding lack of understanding about how much new vehicles cost.

According to a 2012 study conducted, slightly ironically, by the Texas A&M Transportation Institute, having both front and rear license plates is a boon to many governmental needs surrounding cars, including traffic enforcement, tolling, and policing. Among the examples cited: 23 percent of toll violations in Virginia had to be thrown out because a lack of a front plate made identifying the vehicle impossible; vehicle identification directly based on front plates was responsible for approximately $45,000 of parking revenue at Phoenix's Sky Harbor International Airport; and field studies found that license plate reading was 21 percent more effective with parked cars and approximately 49 percent more effective with moving vehicles in two-plate states.

We'll leave the opinions about whether cars should be saddled with front license plates to the comments section—that said but we would like to to conclude by pointing something out to Representative King. The Chevrolet Corvette you cite as the sort of car that should be from the blemish of a Lone Star plate? It has a starting MSRP of $55,900. Which means, by your own bill's definition, your 'Vette-driving voters will still have to screw a rectangle onto the front of their cars.