Hero of the Day: Fires of Hell Edition

Our winners of the Wasteland Weekend 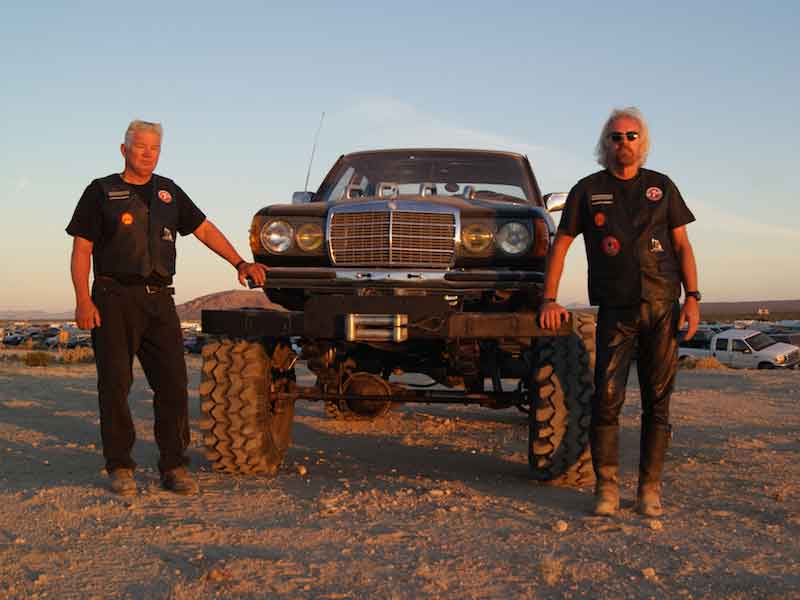 These guys, who built this monster they call the Murdercedes, had this shot taken at sunrise yesterday, the last day of Wasteland Weekend in the California desert. “In December we bought the Mercedes for $450,” says Michael Hughes (right). “My partner in this project is Dean Moreland (left). Dean scrounged up the Chevy Suburban frame, then axles, then the 454 engine.” The Mercedes is a 1984 300D; the chassis, a 1973 Chevy Suburban.

For those living under a stone, Wasteland Weekend is an annual Mad Max-inspired four-day freak show in the California desert, billed as “the world’s largest post-apocalyptic festival.” Revelers build their own wasteland vehicles. Hughes and Moreland worked on theirs every weekend since December getting it ready, toiling so hard, they made up a whole new lexicon of swearwords. “I can’t remember how we settled on the name Murdercedes other than it damn near murdered us getting it done,” says Hughes. Heroes.

Want to nominate a Hero? Get at us on Twitter: @the drive

Hero of the Day: Rapture Edition