It's almost as if somebody strapped an expensive Kindle to a car's trunk lid. 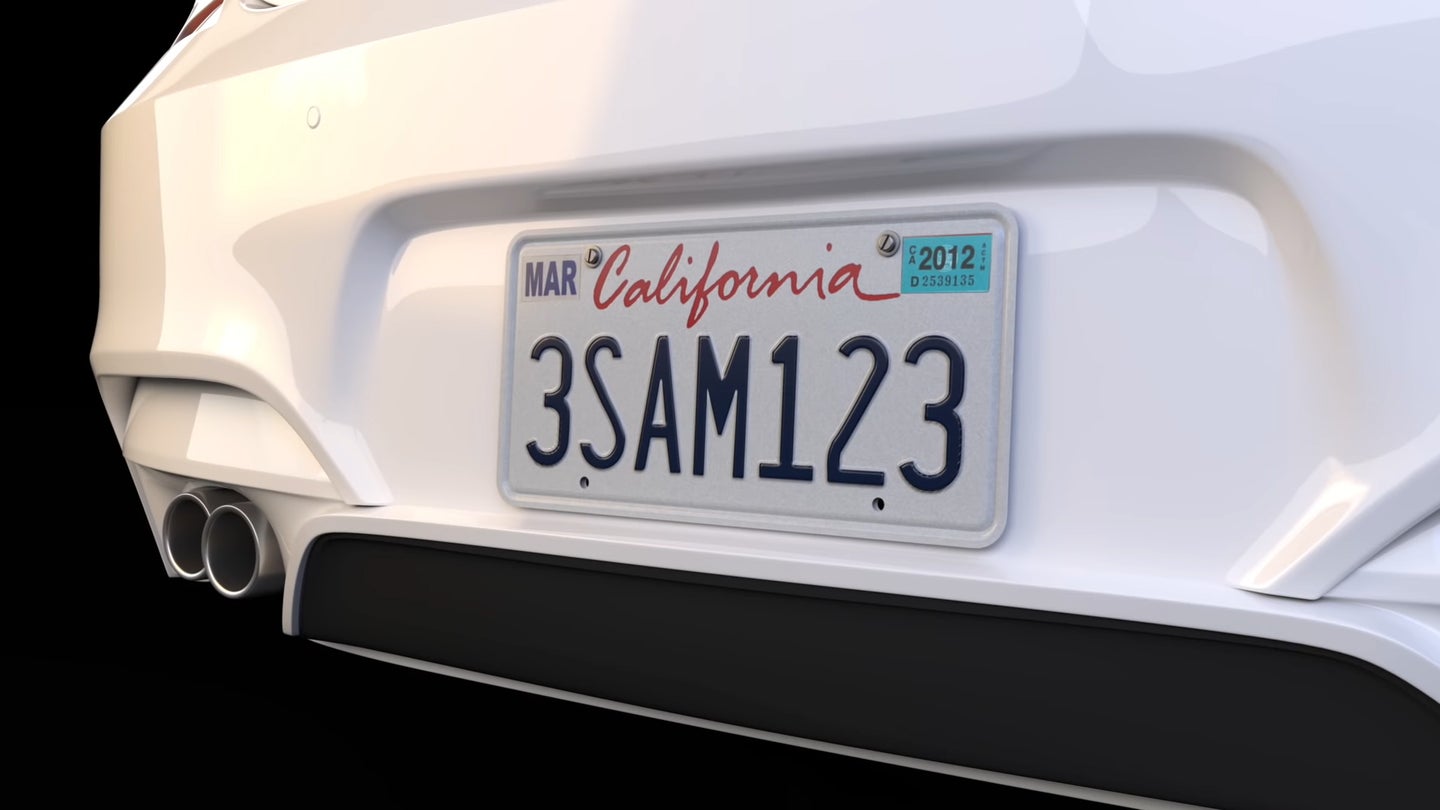 California could be one of the first states that comes to mind when you think about new technology. Deep in the roots of cities like San Francisco and Palo Alto, numerous well-known companies have made the state home for their startups. Now another has come to bat in attempt to revolutionize the way we think about pieces of metal that have been required for about 120 years: the license plate.

Long gone will be the days when prison inmates stamped license plates on a factory floor. Instead of a physically pressed piece of metal, these advanced plates are manufactured more like an e-Reader. Call it the Kindle of car registrations; a bistable ("e-ink") display is affixed to the rear of the vehicle and uses almost no power to operate outside of wirelessly transmitting data and changing the image displayed on the plate.

The Drive first covered Reviver Auto in early 2017, but the company's claim to fame began popped up on our radar again earlier this year as the company began to appear more frequently among media channels. Now, California has officially begun adopting the plates into a pilot program, as long as you can afford the hefty price tag.

First, 24 residents of Sacramento will test out the plates. Each registrant will pay $699 (and then $7 per month afterward) for the luxury of never having to pay for a registration sticker again. While this may seem like a large sum of money for a plate, it appears that the company is hoping to sell the plates like a form of digital advertising or a fleet-deployable part.

As the vehicle comes to a stop, the plate can shift from the static plate number to a user-defined image, shifting the plate number to a small area in the upper-right corner. Reviver sees this being used in conjunction with state-sponsored connected services such as emergency alerting systems, parking passes, and it could even display an alert if the vehicle no longer has a valid registration or is reported stolen.

Naturally, this has a few people taking to the streets over privacy concerns like a George Orwell surveillance society, citing fears that the plate may interfere with their privacy. No clear legislation exists that places the ownership of location or other data to any one party, meaning that in theory, a car's location could be provided to police or other companies without the owner's consent. On the other hand, this type of tech may aide early adopters should their vehicles be stolen and the plates left intact.

Sure, it's not the revolving license plates found on the 1963 Aston Martin DB5 prototype used in the James Bond movie Goldfinger, but it's still a big step in license plate technology. Reviver says the tech will be on the streets in California, Florida, Arizona and Texas later this year.