Bay State drivers want them so badly the state holds a lottery for them. 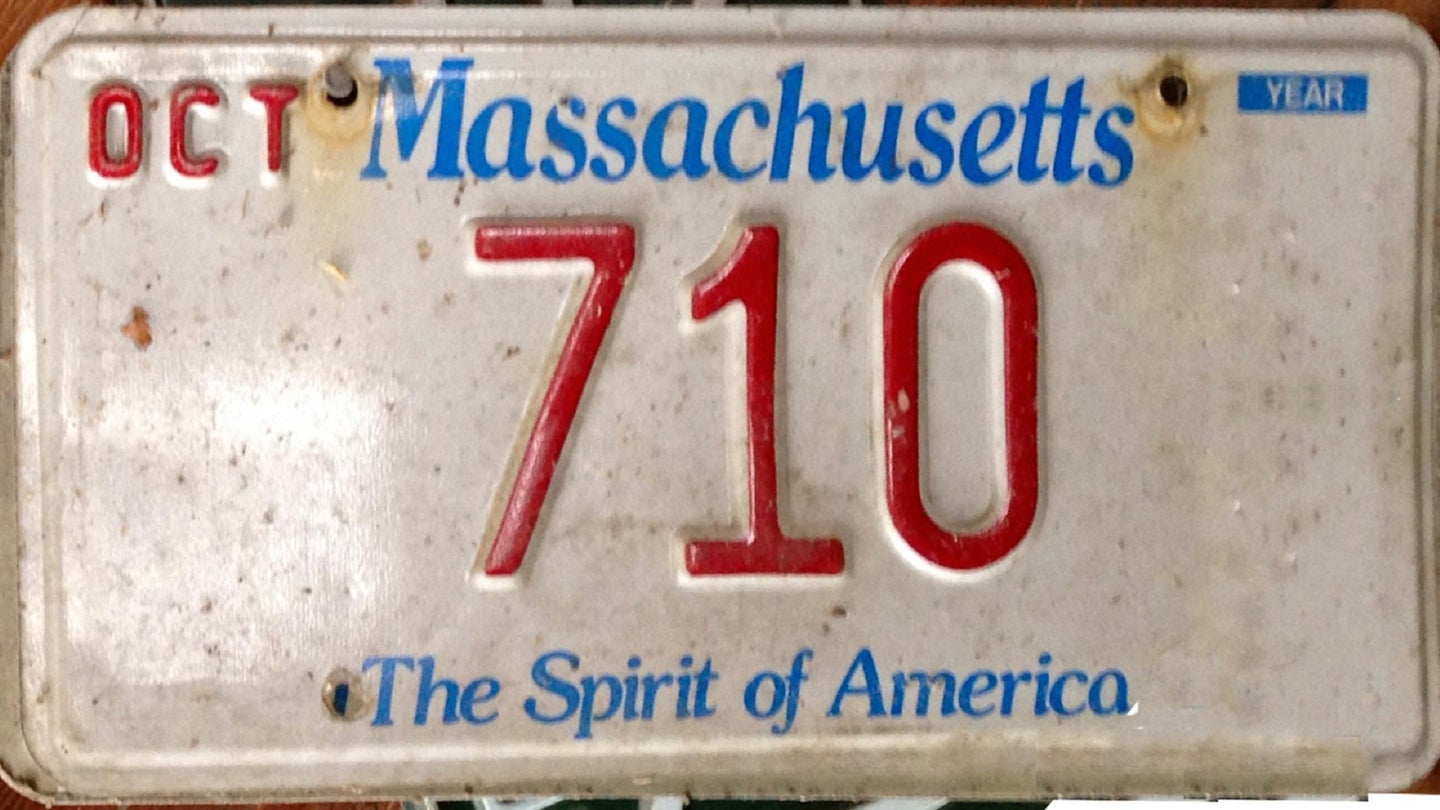 Massachusetts is known for its bad drivers, strict vehicle inspections, and incomprehensible street layouts designed by cows hundreds of years before cars were invented. Another strange quirk of Massachusetts drivers is our strange obsession with low number license plates.

These short plates, such as 277, 6751, and H39, are rather meaningless to most of us, but they are a point of pride and a status symbol for people who have them. They are so popular, in fact, that each year the Registry of Motor Vehicles holds a lottery to assign low number plates that have become available—for an extra fee, of course.

Sometimes these plates can fetch a particularly high price. When Massachusetts introduced a "Cape and Islands" special plate in 2008, someone paid a whopping $147,000 to be plate number one, according to Boston.com.

In other cases, a low number plate is literally a family heirloom. Allison Feldhusen's grandfather was assigned Massachusetts license plate 432 in 1953. It has remained in the family ever since. When he moved to Maine in 1969, he gave it to Feldhusen's mother, who still has it today. Feldhusen intends to inherit the plate for herself one day.

A short license plate is easy to remember, which can be an advantage, especially for a small child. When Feldhusen was five years old she got lost in a grocery store. "'What's your mother's name?' they asked. 'Mommy.' 'Do you know what your car is?' 'MG, license plate 432.' So they paged out the car, and my mother turned up to find me."

These low number plates are not without their issues, however. "When tickets were handwritten sometimes they could only read part, and when that part was 432, guess who got mailed the ticket," Feldhusen says. "Never mind that it was on a black MG or a silver Volvo. If the numbers matched, there it went."

Still, if you live in Massachusetts a low number plate still appeals to you, you can enter this year's lottery until Aug. 27. Winners will be announced by Sept. 15 and contacted by the Registry of Motor Vehicles with instructions on how to transfer their current plates to their coveted low number plates.

It’s almost as if somebody strapped an expensive Kindle to a car’s trunk lid.