When "I dare you, bro" takes a very pricey meaning. 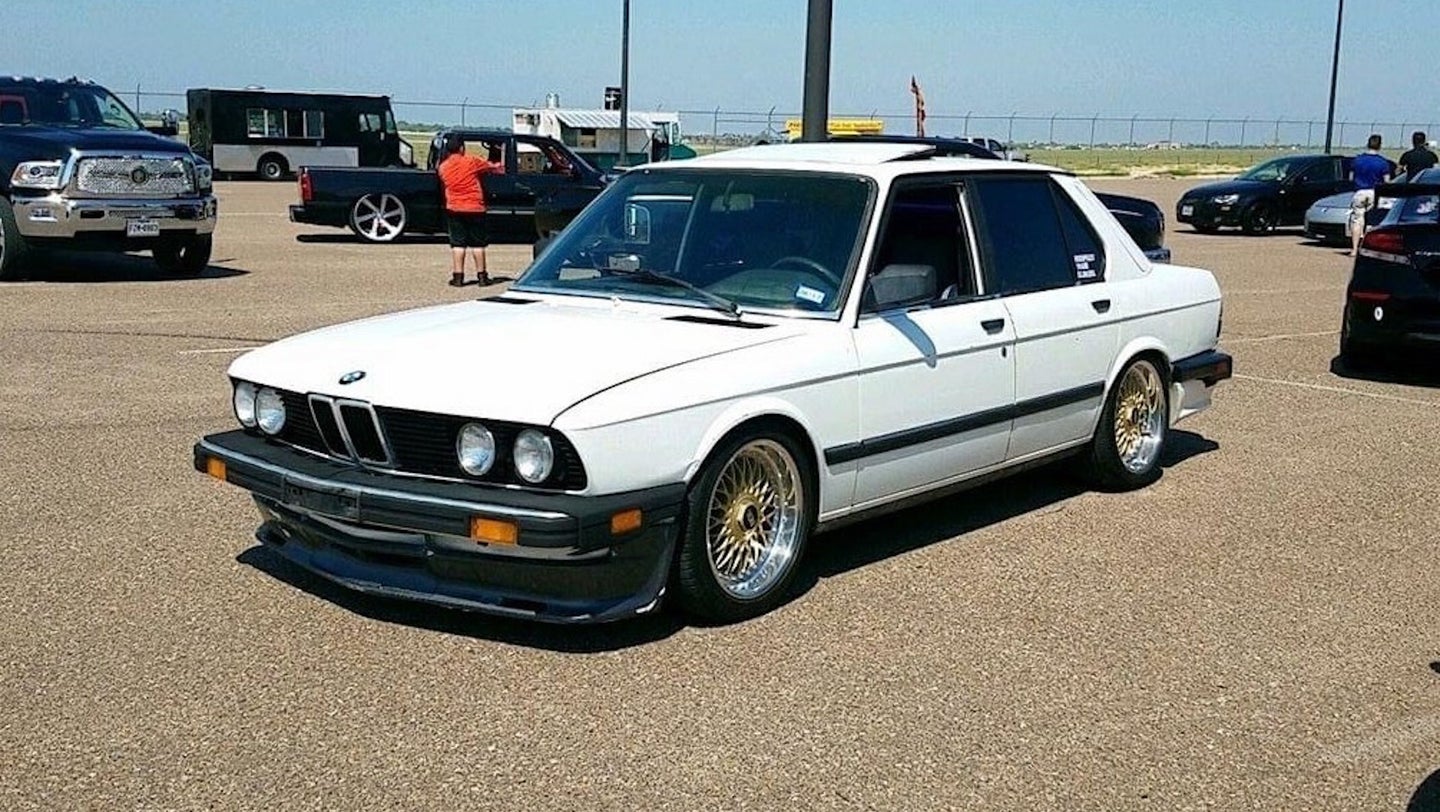 An LS-swapped old-school BMW isn't exactly a new or unique thing. All you have to do is get on Instagram to see the many variations of "LS" and "BMW." However, I came across this 1985 528e that's unique in the way that it's not trying to be a six-figure build, let alone a staple of the automotive landscape. In fact, for builder Anthony Vasquez of Laredo, Texas, the whole thing began with a spare engine, a low-baller, and a double-dare from his brothers.

Vasquez first came across this BMW 528e in 2012, when the car suddenly appeared in his neighborhood. Three years later in 2015, after the car had evidently become a driveway squatter, Vasquez went to the car's respective home, knocked on teh door, and ended up buying the car from the neglecting owner. Just one month later, the fixed-up German had become the trained paint and body technician's daily driver.

In 2016, Vasquez's oldest brother had decided to pull the 5.3-liter LS V8 out of his Silverado pickup truck to make room for a newer, bigger engine. Through a series of unrelated events, the LS needed a home around the same time Vasquez was looking to sell the E28. One buyer even drove several hundred miles with cash in hand to buy the car, but the offer was too low. According to Vasquez, the low-baller left empty-handed and quite angry about it. Not selling the car meant that now the car and the LS were roommates in the same garage. Some things are just meant to be. Destiny, perhaps?

According to Vasquez, the swap wasn't easy and it took a total of two years to get it done. Sure, shoving an LS into the engine bay of a sedan isn't that difficult, but the three brothers have full-time jobs and families, which severely delayed the project.

Eventually, the LS was treated to a 220R Cam kit from Texas Speed and Performance and a set of plastic Corvette engine covers. Underneath, the disc brakes are from a C5 Corvette, the chin spoiler is from a Dodge Charger, and even the rear bumper was modified to give it a sleeker look. Of everything that's been done to the car, Vasquez's pride and joy are the BBS wheels, which he had always dreamed about owning since he was a child. Though because he bought these used, he allegedly spent eight hours on each wheel restoring their original gold look.

The car is currently sitting at the body shop where Vasquez works awaiting a fresh coat of paint. He's swapping the factory white for Toyota's "Galactic Aqua," which you would normally see on a late-model Camry. It's also awaiting new upholstery and headliner.

Many folks have attempted to buy the LS-powered Bavarian from Vasquez, including the same low-baller who originally made an offer Vasquez could refuse.