Pretty Much The Norm: This Cadillac ELR has lost 77% of its Value In Just Six Years

That’s a couple of chips. 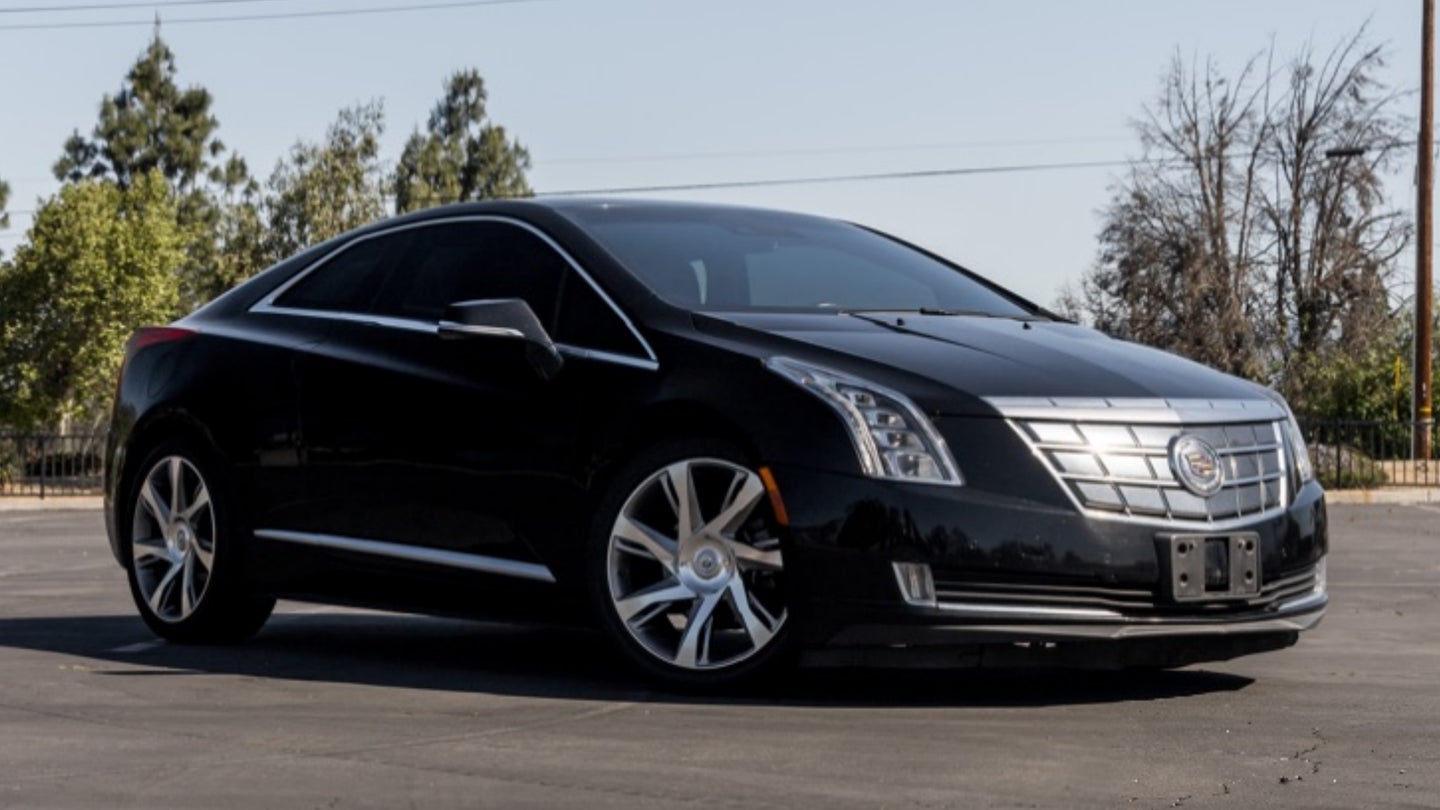 A lot of cars depreciate quickly, particularly luxury cars. Once you get into the territory of overpriced luxury cars, that depreciation gets a little extreme, however. It's no surprise that the plug-in hybrid Cadillac ELR has depreciated sharply, but losing nearly 80 percent of its value in just six years is pretty extreme.

That level of depreciation is exactly what has struck this particular ELR. A little bit of browsing through the listing will tell you the whole story. This 2014 ELR was originally purchased for a whopping $76,850.

And that's not to say the ELR—although it was overpriced—was not a luxury car on the inside. It has all of the features and discerning luxury buyer demands like leather seats, all of the electronic infotainment gizmos, and keyless entry.

Where the ELR massively lets down for the price is its performance. Let me be frank here: the Cadillac ELR weighs 4,000 pounds. It has 217 horsepower. That may be fine in lesser automobiles—i.e. ones that don't cost $76,850—but it isn't okay in ones that do. It has that poor performance (0-60 mph in around eight seconds) due to its humble Chevy Volt underpinnings.

What's worse is that the electric side of the hybrid power provided most of the ELR's grunt. Once the paltry 39-mile electric range had been surpassed, you were stuck with just 84 horsepower from the 1.4-liter gasoline-powered generator.

Still, it's not bad as a nice get-around-town car now, especially if you want to sip gas. But its current value shows how baffling that starting price was.

The dealership selling this car states that it's "priced to sell." That's really an understatement. All ELRs are priced to sell. They only made just-under 3,000 cars total, and even the most expensive example in the United States is only $34,000. There's also at least one for sale that I suspect has never left the dealership it was delivered to.

As far as depreciation goes, these cars really take the cake. The only thing that probably comes closer is Maserati Quattroportes, and they have a lot more than 217 horsepower. If you have an ELR, just hang onto it.