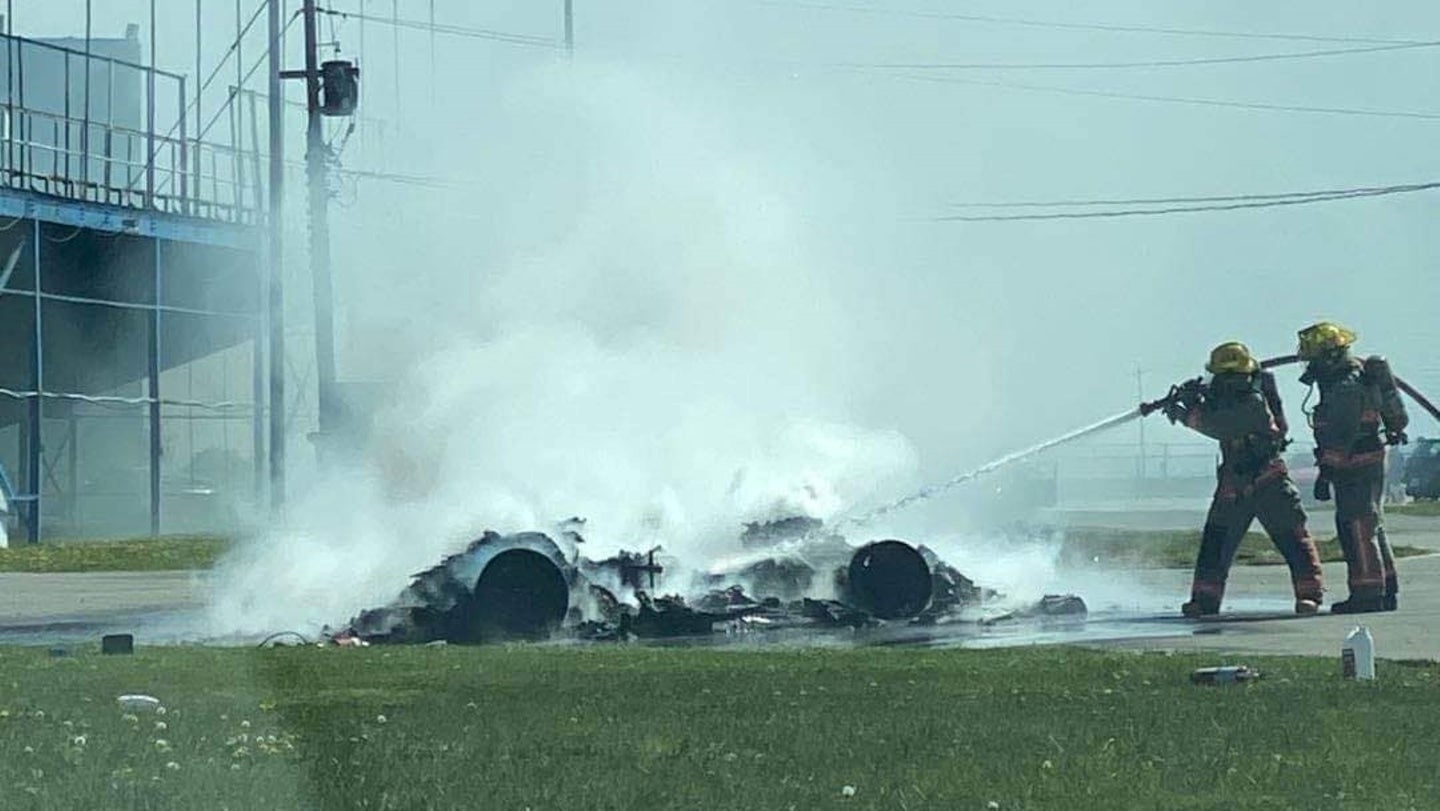 Did everyone forget how to drive during quarantine? Because between an admittedly hilarious pit lane kart pileup in Taiwan to this magnificent trainwreck of a lapping day up in Canada, it hasn't been the best week to hit the racetrack. This leads us to the question we'd like to pose to you all on this fine Memorial Day Monday: What's been your absolute worst experience at a track day?

Frankly, it doesn't even have to have been something that happened on the track itself. How about that time some dude tried to pick a fight in the paddock after taking a pass a little too personally? Or when your buddy's discount jack stands decided to let go mid-tire-swap? Fortunately, I've yet to have any major on-track snafus myself, but there was that one time after a track day that I thought I'd have to spend the night in my car on the side of a dark, rural road.

It all happened a year ago when I was leaving Toronto Motorsports Park (yes, the same circuit where this went down) after a long day of open lapping in my own Honda S2000. The fuel light was on but, admittedly, this wasn't the first time I ended a track day with it on so I was—at the time, at least—pretty confident about how far the thing could travel after visibly complaining of an empty tank. You probably know where this is going.

A couple of miles later (and damningly, a couple of miles short of the closest gas station), the Honda sputtered to a halt. The last vestiges of sunlight were quickly disappearing, I distinctly remember my phone's battery showing just 8 percent charge, and, this being rural Ontario, street lights were not a thing. I was stranded in a remote area I didn't know with a dead car, a dying phone, and mere minutes 'til my surroundings would become pitch black.

Calling roadside assistance was one option but I didn't want to risk killing the rest of my phone's battery hopelessly on hold. I briefly contemplated walking to the gas station but quickly realized that the chances of me pulling that off without getting lost in the dark were slim to none. At one point, I even thought about calling 911, an act of desperation that would've had its own consequences.

I'm comfortable enough in my masculinity to freely admit that this was the most frightened I'd been in a long time, and that the situation was entirely the fault of my own foolishness. Luckily however, there was exactly one house relatively nearby and, praise be, it was inhabited. Its owner was kind enough to drive me to the gas station in town and even lend me a jerry can. I filled the S2000 with enough fuel to get it running again, thanked the nice man profusely, and drove home.

Moral of the story? Not all Canadians are jerks. Oh, and if you're gonna go to the track alone, always bring more fuel than you think you'll need.

This Disastrous Pit Lane Pileup Is a Comedy of Errors

How many crashed karts does it take to red-flag a race?