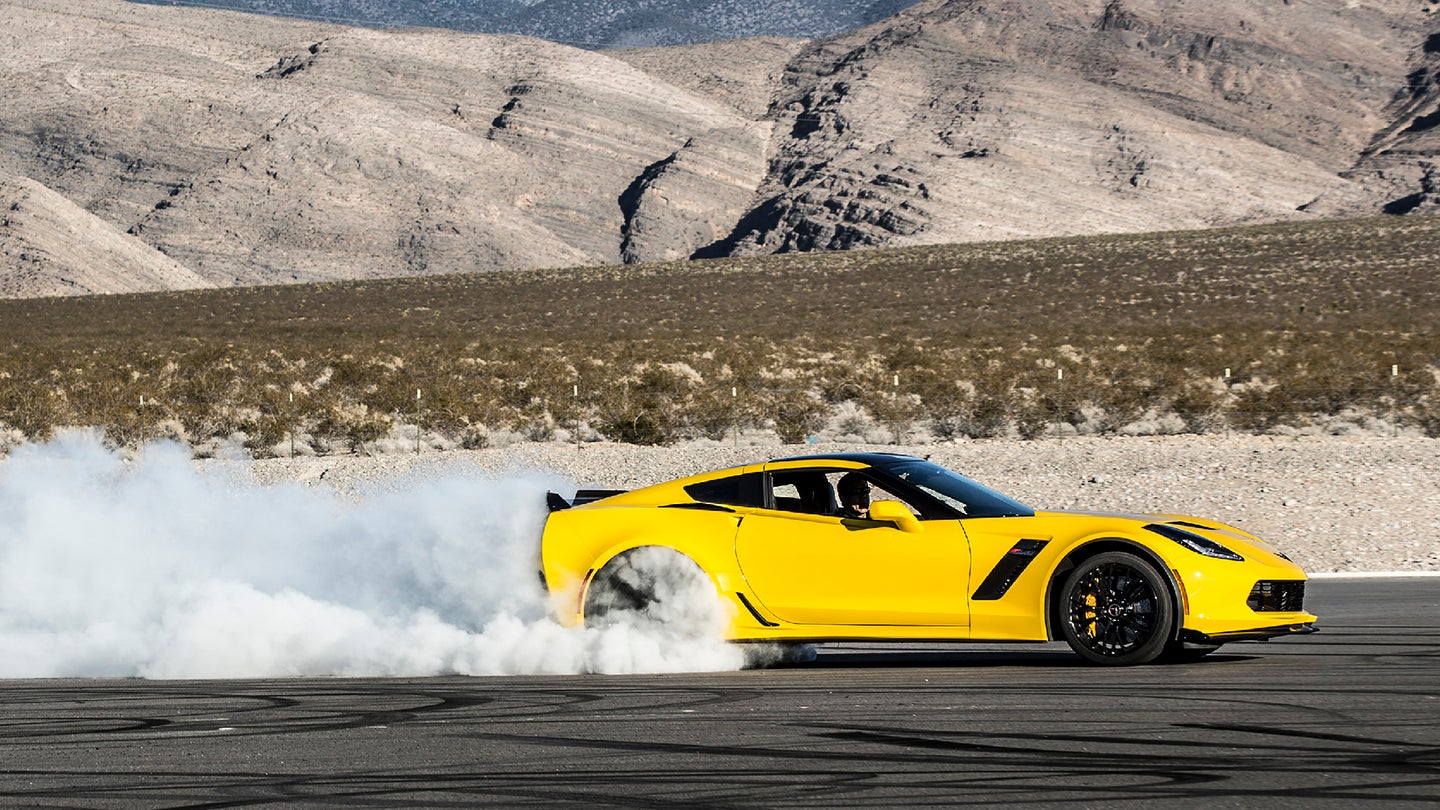 Nobody wants to rent a car right now, which is why companies like Hertz are bleeding cash and looking for ways to stave off bankruptcy. Fortunately, the very nature of Hertz's business means it has a ton of cars lying around that it can flip on the used market. It's started to do just that—and among the many former Hertz rentals you can now take home forever are a bunch of 2019 Chevrolet Corvette Z06s painted in the company's iconic yellow and black color scheme.

The C7 Z06 doesn't have an engine in the middle, but it's still one of the best performance bargains you can buy today. The supercharged LT4 V8 makes 650 horsepower and about as much torque. It will do 0-60 in 2.95 seconds, with the quarter mile dealt with in the low 11s—11.2 seconds to be exact. Top speed is 195 mph. You can still find new 2019 models hanging around at a few dealers for around $80,000. Meanwhile, some of these former rental cars can be had for under $60,000.

It was frankly a crazy thing for Hertz to commission these Corvettes from Chevrolet, which it did to mark its 100th anniversary in 2018. A base car is one thing, while the supercharged Z06 probably shouldn't be handed to anyone with a face, a driver's license and enough cash. They all have the same three options; the top trim 3LZ 'Preferred Equipment' package, Carbon Flash full length racing stripes, and Carbon Flash ground effects. All of them are also equipped with the 8-speed automatic transmission.

New, these cars would be nearly $93,000. Obviously 30,000+ hard rental miles in a year and a half have sped up depreciation a bit. Prices range from a low of $57,394 to about $63,500. Although they are formal rental cars and may have been driven by those lacking mechanical sympathy, consider that you'd be saving one from a life of hauling golf clubs if you picked it up. Given the way people still obsess over the original hi-po Hertz—the 1966 Shelby Mustang GT350H, which sells for six figures at auction now—you might even make some money in the long run.