Two four-wheel-drive ‘Yotas have taken on the muddy Black Rock Desert playa. Both got miserably stuck.

Off-road enthusiasts usually don't shy away from getting stuck—that's what recovery gear like winches and traction boards are for. Still, anyone who knows much about lakebeds will tell you to stay away if it's anything less than scorching hot outside. With even the teensiest amount of moisture, they can turn into giant mud bogs that'll leave you stuck for days, if not weeks or months. That was the case for one Toyota Tacoma driver, who was stranded for six days in Nevada's Black Rock Desert before someone came to the rescue.

You might remember a similar story about a Canadian traveler whose Toyota 4Runner was the focus of a massive recovery effort near the same exact spot. That beached 4x4 even had its own dedicated Facebook group with over 2,000 members, which is where photos of the Tacoma in question surfaced.

As the story goes, the owner was driving her Toyota pickup around the area, starting from her home state of Colorado and heading westward. According to Jeffrey Hannah, the Ford Raptor owner who eventually recovered the stranded Tacoma, she had recently been in San Diego, thus the surfboard that can be seen in a few of the photos.

Hannah explained to The Drive that he saw the posts on social media showing the stuck Tacoma and left at 2 a.m. local time to make the long haul to Gerlach, Nevada. Four hours later, he arrived at the near-lifeless area landscape known as a "playa." With no vegetation around to connect a winch to, the effort was even more complicated.

Apparently, the Tacoma driver had nearly made it out unscathed, traveling 24.5 miles into the mucky lakebed according to Hannah's GPS.

The terrain was even more treacherous than normal as it had rained for the better part of a week leading up to the recovery. When dry, the lakebed is safe to drive on as tens of thousands flock to the Black Rock Desert for the annual Burning Man festival. If it's soaked through, however, it's almost a sure bet that your tires and fender wells will be caked with mud to the point of no return.

The Raptor recovery vehicle actually got stuck on the way out to the Toyota, though that was a relatively quick fix. Another vehicle was stationed some 300 feet back with a winch attached to the Ford, pulling him from the goo. To get the Tacoma dislodged from the mounds of mud, it required a floor jack, a set of MaxxTraxx recovery boards, and wooden blocks. From there, the two-person team was able to drive it out of the notoriously sticky playa.

Hannah notes that the Tacoma driver helped transfer her gear over and even bought him lunch—a worthy consolation after the ordeal, during which the Raptor's winch broke, leaving them hanging all the while.

Hannah was also involved in the recovery of the aforementioned 4Runner, which was no small task as other off-roaders attempted to help but got stuck themselves.

It's clear to see that even when lakebeds look like they're safe to drive on, they can cause a world of headache. This is only the latest in a series of several stranded situations, some of which have lasted as long as three to four months. 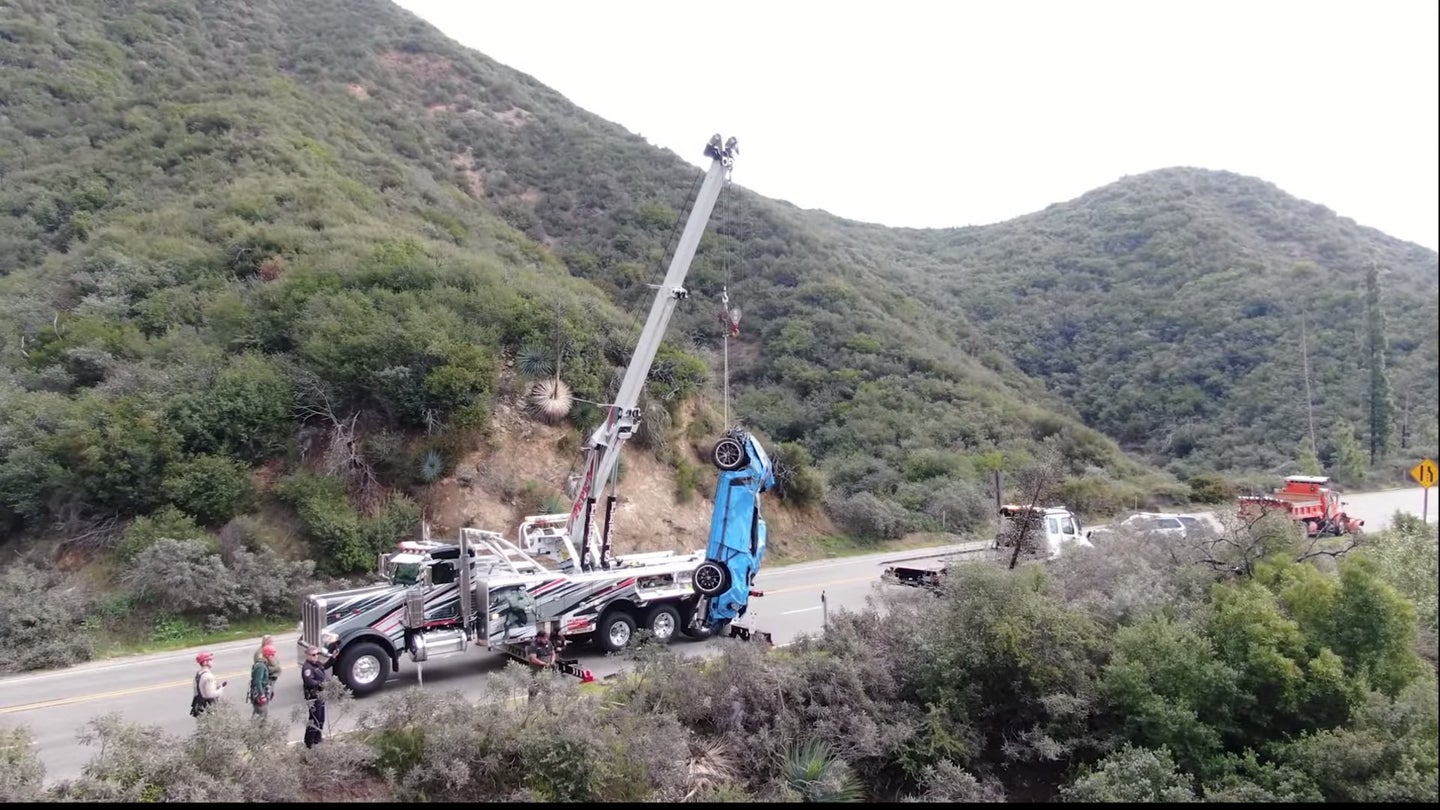 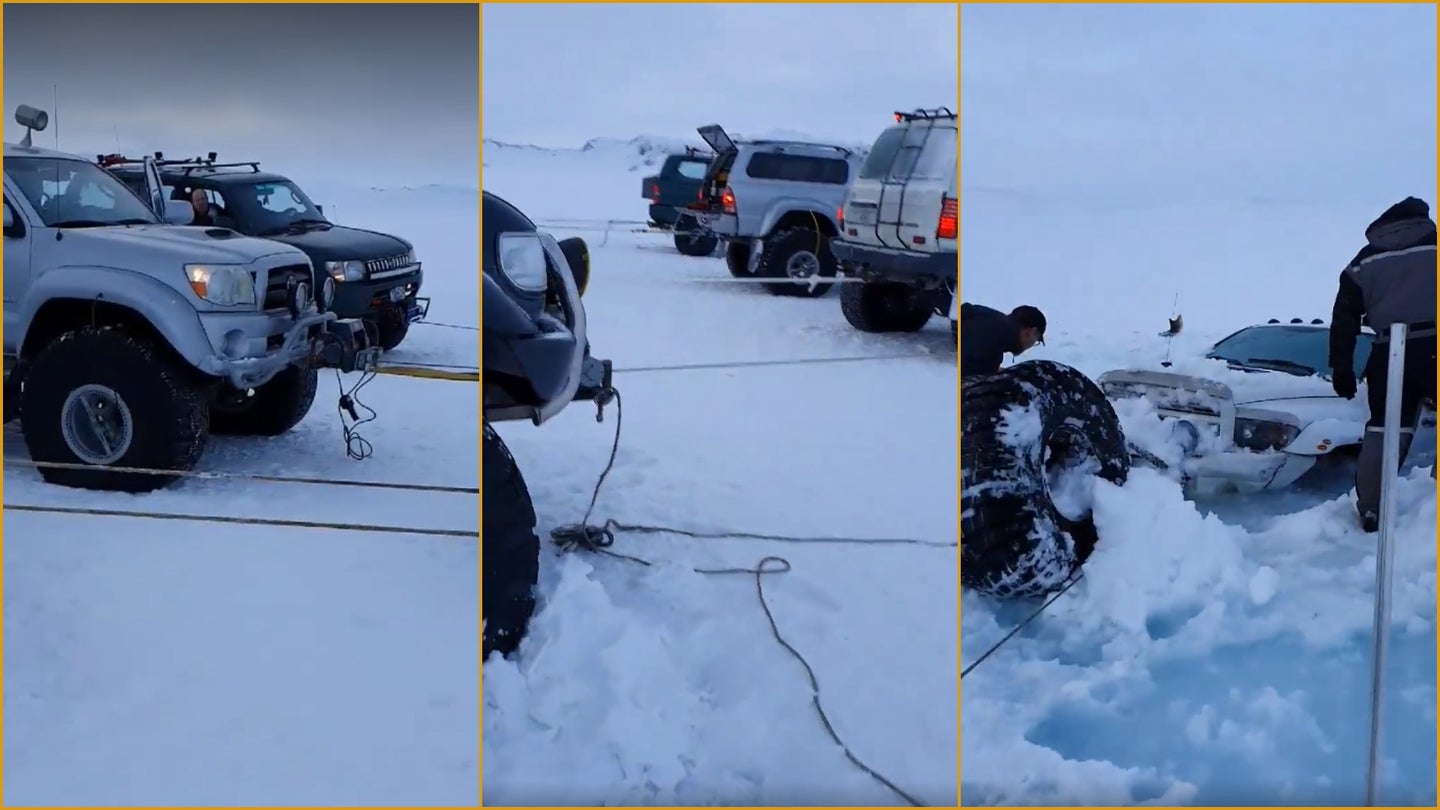 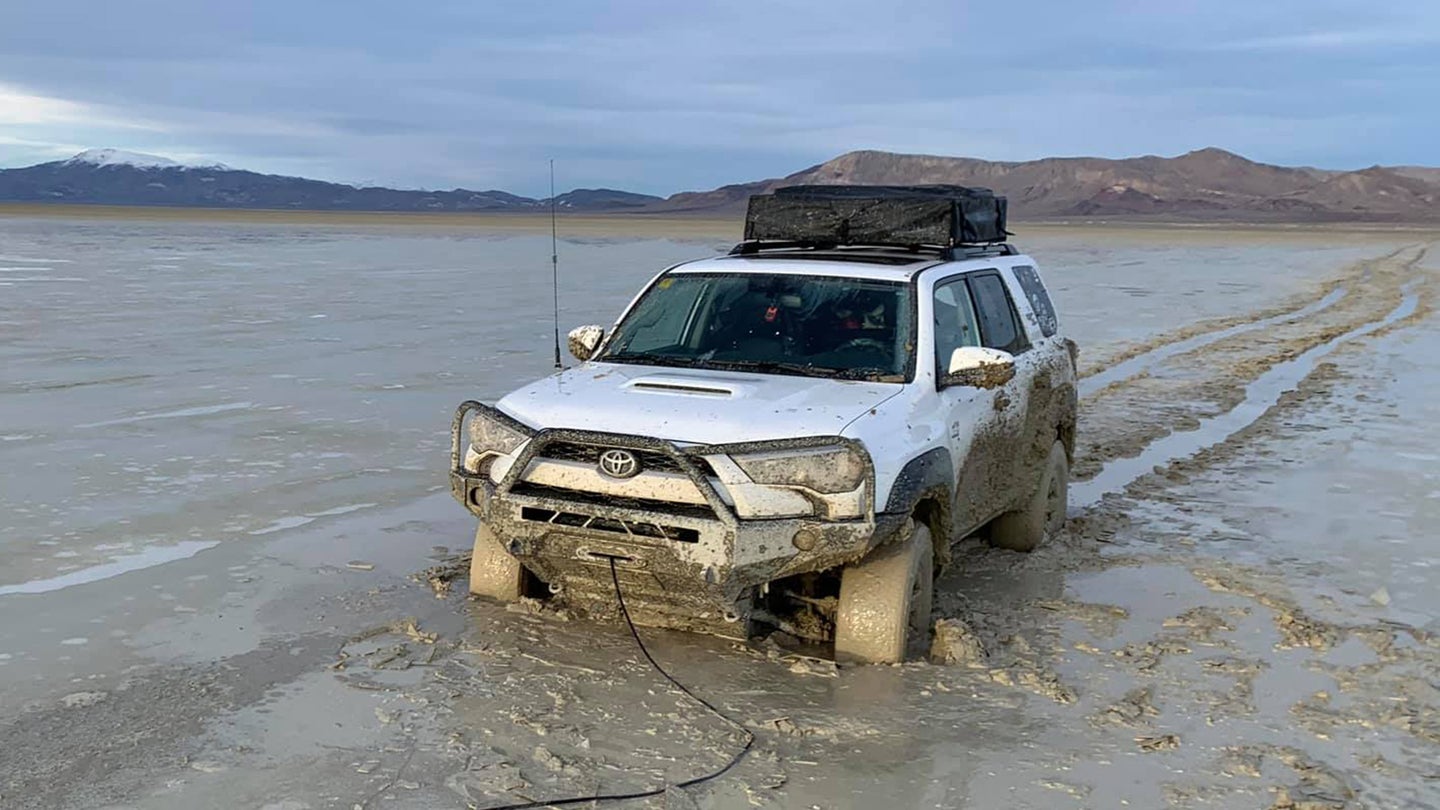