This is how you justify your new, expensive toy to your significant other. 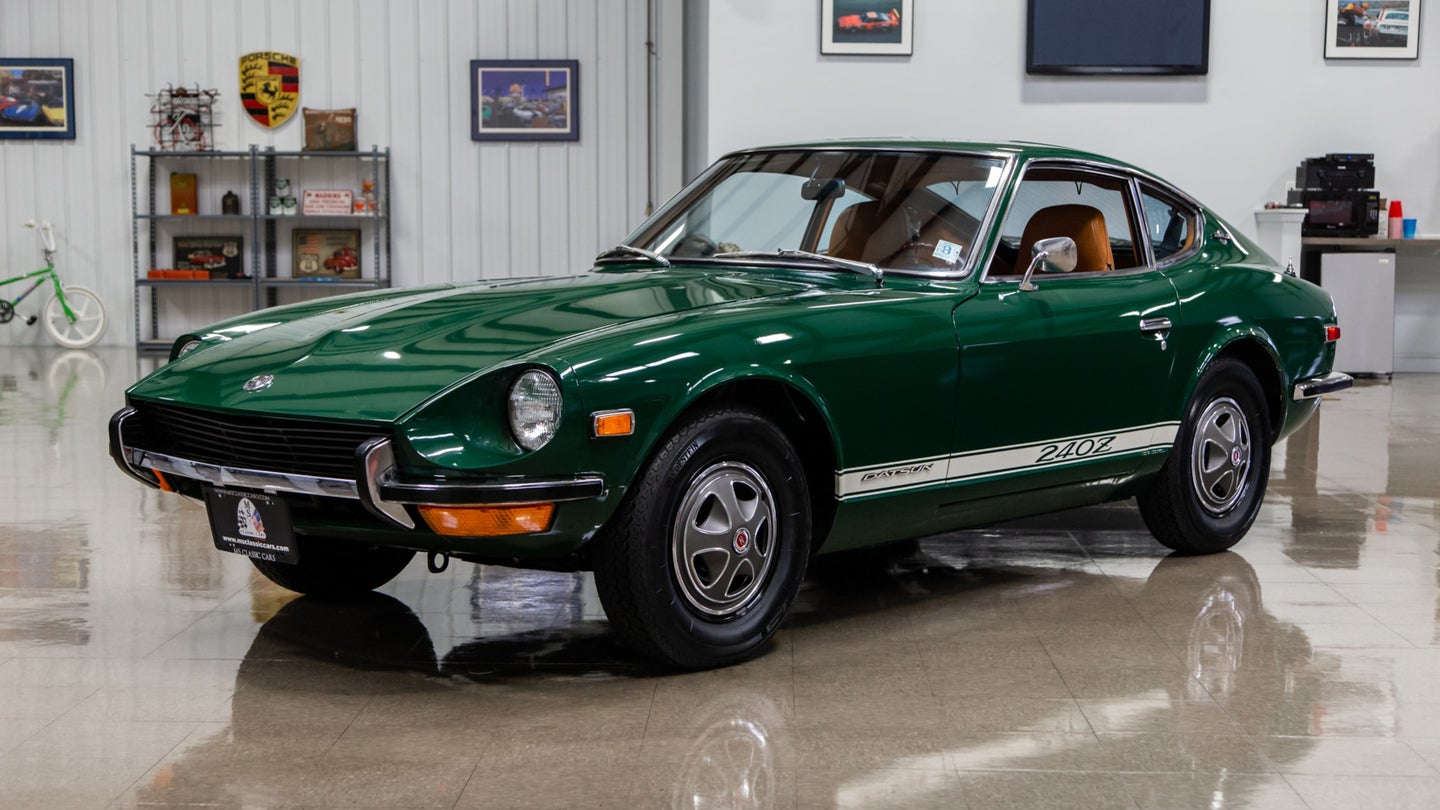 Last month, we brought you the story of a 1971 Datsun 240Z that sold for an unbelievable $310,000. That price was shocking to most, and rightfully so, but as we learned more about the car and its story things started to make a little more sense. The car’s selling dealer, MS Classic Cars, recently sat down for an interview with the "Aggressive Design" YouTube channel to share some insight on the iconic car.

The Datsun’s $310,000 selling price puts it well within the company of some of the world’s most exclusive vehicles, so what makes it worth that price tag? For starters, the car’s factory green color puts it in rarified air, as only three percent of all Datsun 240Zs were painted in this shade. The Datsun’s original owner, James Munson, was a car dealer and was given the car as a reward for hitting sales numbers. The color was only available as part of that promotion and wasn’t open for orders from the general public.

The other key item is the Datsun’s lineage. Not only is it a first-series car with only 21,000 original miles, it's only had one owner until it recently sold in 2019. In addition, only one mechanic has ever worked on the car, meaning that every bit of its maintenance history is documented. Lastly, the 240’s condition makes it a real unicorn. When Nissan was looking to stock its museum with solid examples of the cars, the company had to track down and restore decent examples, because few great ones existed, to begin with. This Datsun is as close to its new condition as we’re likely to ever see, and even has its original window sticker and sales documents.

MS Classic Cars has sold over 600 rare and valuable vehicles over the years, but they were totally unprepared for the response that the Datsun attracted. Company owner Marc Schiliro said that they received dozens of calls and emails about the car over the first weekend it was for sale, and that the Bring-a-Trailer views count exploded over the time it was listed on the site. We don’t know who stepped up to buy the car, but that’s not unusual with sales of this type. The buyer’s agent and attorney arranged the sale, which started as a no-reserve auction. Wherever the Datsun ends up, the bar has been set. It will be fun to see if there are other showroom-fresh examples in the wild and what they end up selling for.

It’s AFTER/DRIVE LIVE, streamed in real time in front of an audience. What the hell are we thinking?

Any time you get a chance to dive into the thoughts of a design executive, I suggest you take it.