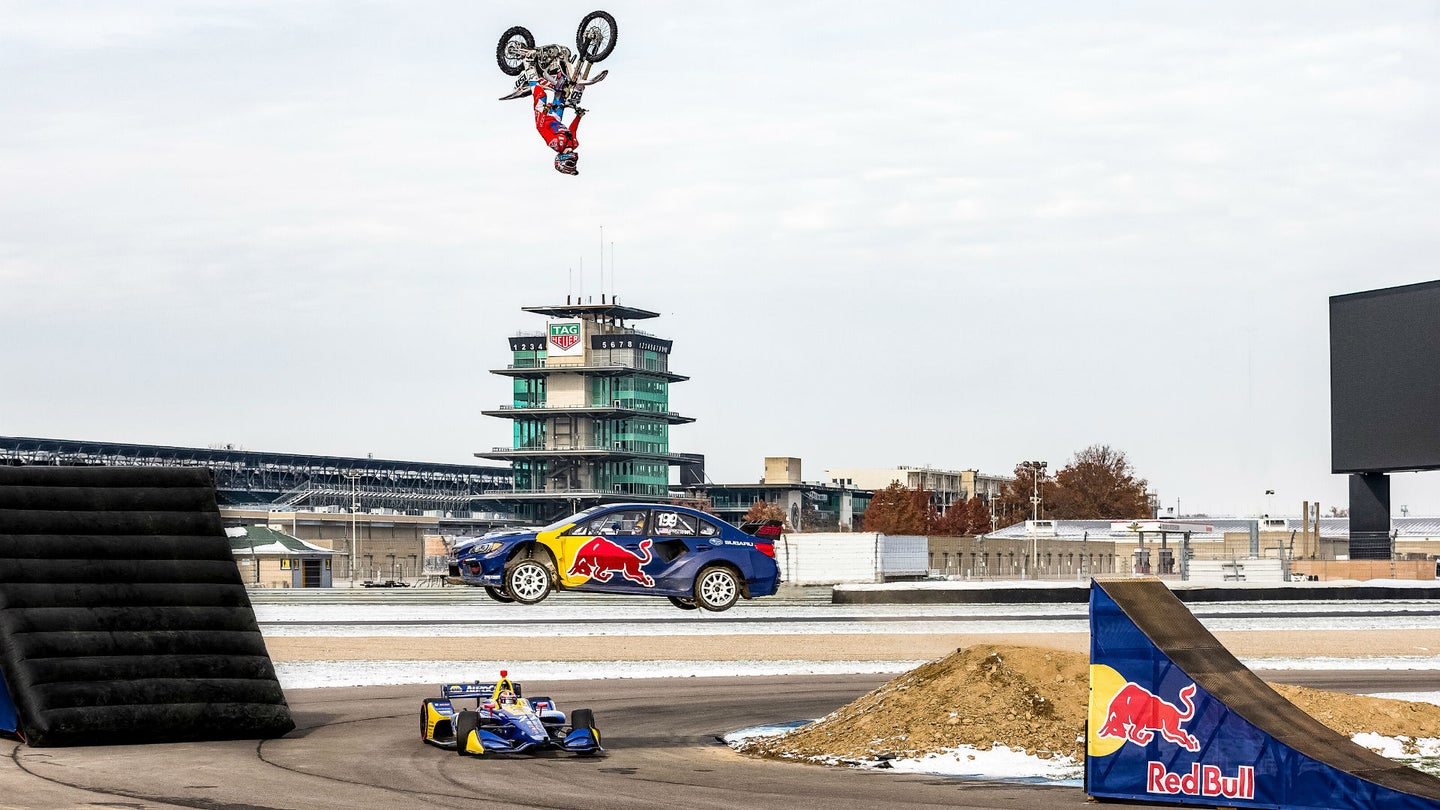 Andretti Autosport driver Alexander Rossi knows his way around Indianapolis Motor Speedway. He kissed the bricks there four years ago after winning the Indy 500 and has come painfully close to repeating in the years since, showing precision and plenty of moxie along the way. Given his experience, it only seems fitting that he brings a couple of thrill-seeking friends along with him to check out the iconic landmark.

Nitro Circus ring leader Travis Pastrana and his freestyle motocross brethren Gregg Duffy joined in with their vehicles of choice: the former, a Subaru WRX STi rallycross car and the latter a competition-spec Suzuki dirtbike. Collectively, the three motorsport junkies explored everything IMS has to offer in a recent Red Bull promotional video:

The crew enters IMS guns blazing through the pedestrian tunnel, right below the yard of bricks. From there, they speed their different ways with Rossi sticking to the pavement while Pastrana and Duffy opt for dirt. Not even the track's golf course is off-limits when you're given the keys, no questions asked.

Rossi slides his No. 27 NAPA Honda around the 2.4-mile road course, joining Pastrana down the straight that splits the famous oval in half. Meanwhile, Duffy is busy checking out the private suites and Gasoline Alley atop his four-stroke.

After a fair bit of hooning, like Pastrana drifting IMS's near-quarter-mile dirt track with donuts to boot, the three meet up for a perfectly executed sequence. With Rossi sideways mid-corner, Pastrana jumping his Subaru just above, and Duffy sailing over the top of everyone, it makes for quite the Kodak moment.

There's no doubt we'd like to do the same but truthfully, we don't have the, erm, guts to pull off half of these stunts.