Car enthusiast Alec Ingram of Missouri was only 14 when he lost his battle with cancer. 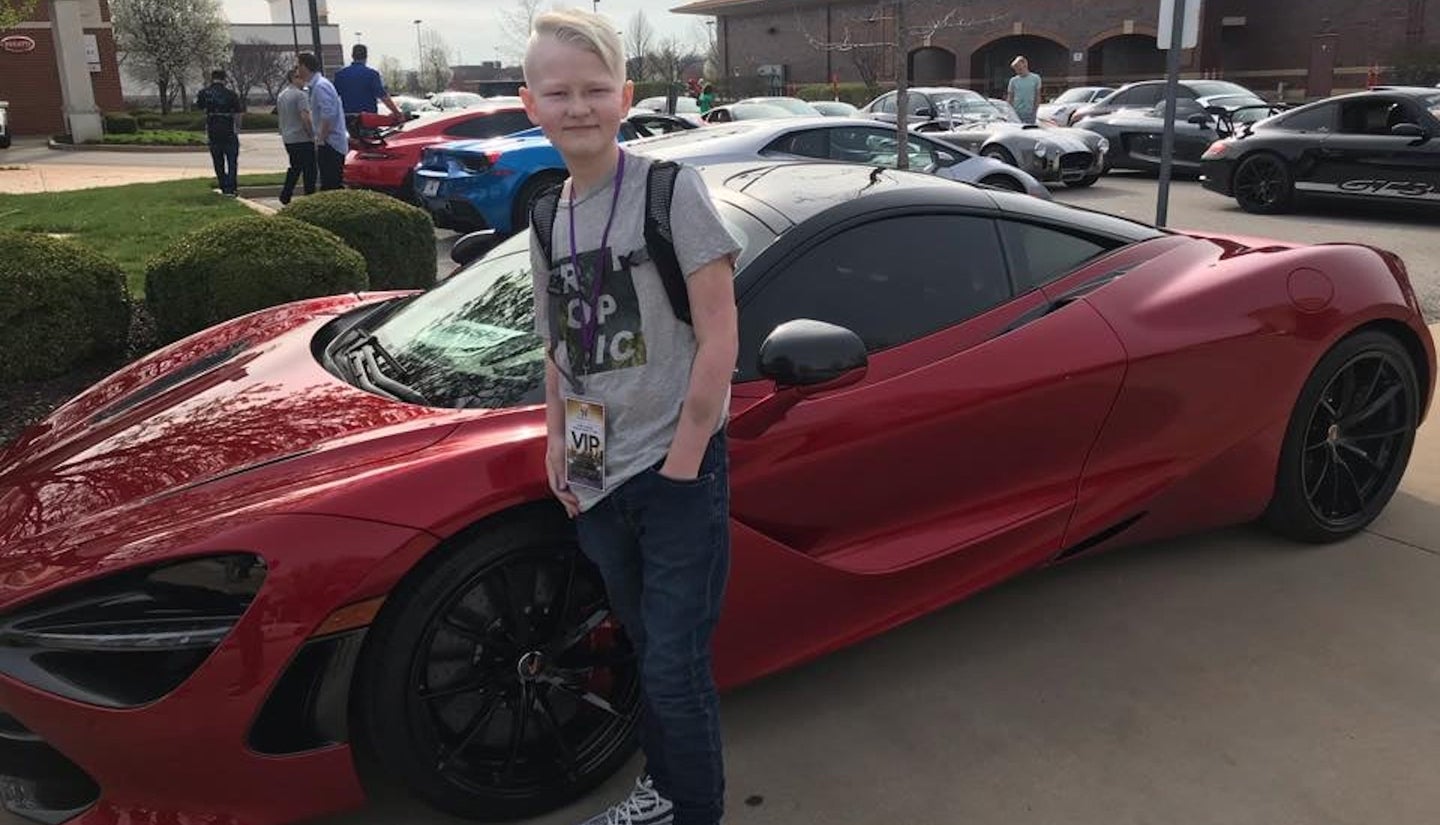 Car enthusiasts turned up by the thousands to fulfill the final wishes of 14-year-old Alec Ingram of Washington, Missouri, who passed away earlier this month following a hard-fought battle with cancer.

Ingram's memorial page on Facebook explains that following an injury in the spring of 2015, he was diagnosed with a rare bone cancer called osteosarcoma. According to KDSK, Ingram endured years of arduous treatments, though the illness didn't loosen its grasp on the teen, who passed away on November 7.

Ingram's last request was that his funeral procession be made up of sports cars, and his family broadcast his wish to the internet. After a signal boost from activist group Syndey's Soldiers Always, over 4,500 people from nearly every state reportedly volunteered to escort the service.

"Alec was just a kid we met. All of us cancer families just kind of know each other and stick together," explained the head of SSA, Dana Manley, who founded the organization after losing her daughter to pediatric cancer, to WGN 9. "Alec was into supercars and sports cars. So, we put out a flier on Facebook to get as many as we could."

Thousands of cars met at a rally point before the service on Sunday, some more than five hours in advance, with estimates of their numbers ranging from 2,100 vehicles according to CNN to as many as 4,500, per WGN 9. Photos show the caravan to be comprised of everything from Chevrolet Corvettes to Jeep Wranglers, Dodge Challengers, a Dodge Ram SRT-10, all of which were reportedly led by a Chevrolet Camaro limousine.

Though we're sad to say we've lost a fellow gearhead, we imagine Alec Ingram would be proud to know that his memorial helped reaffirm that humanity can rally around a tragedy. As the mother of the late Fred Rogers would say, "look for the helpers. You will always find people who are helping."