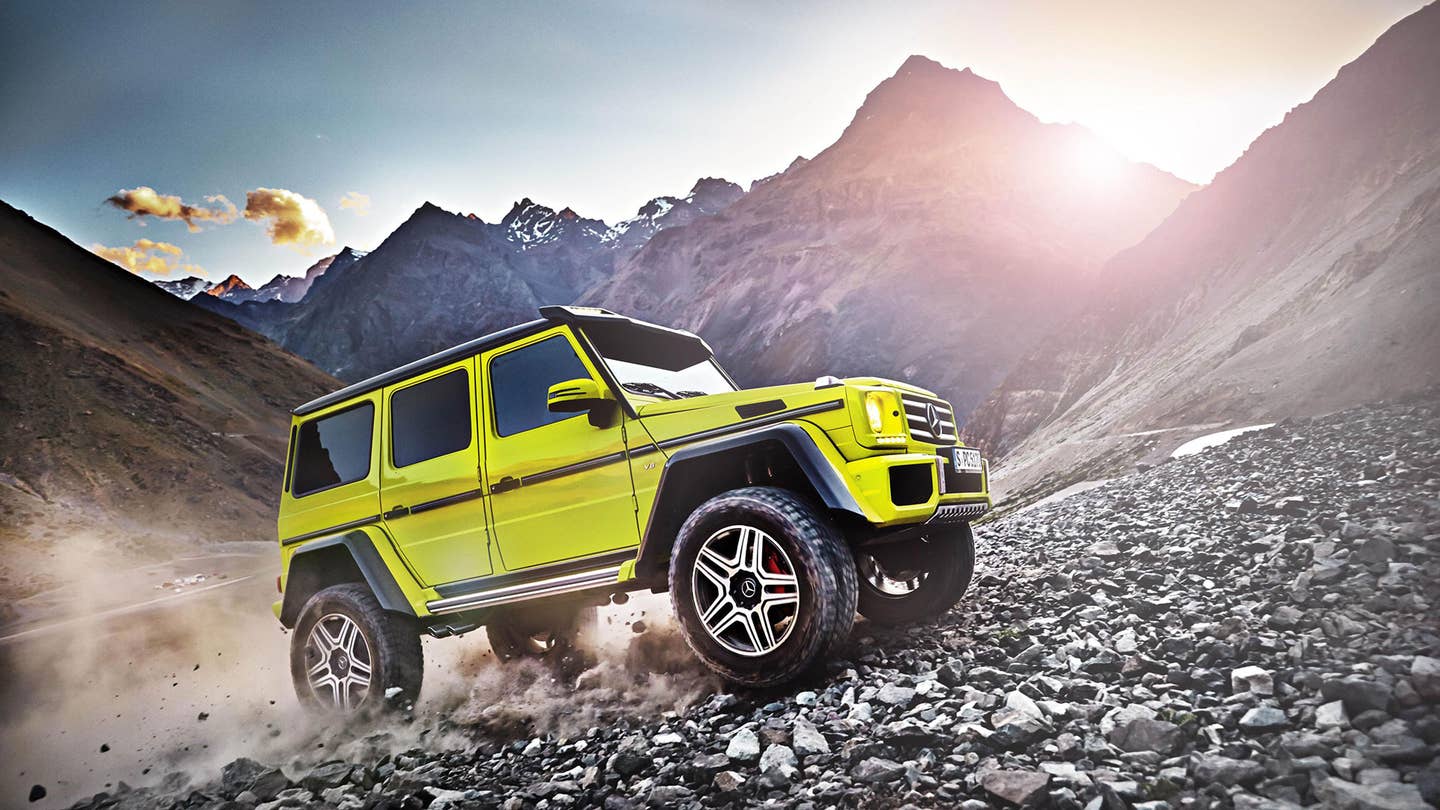 The mighty Mercedes-Benz G500 4x4² may officially make it over to the United States—and in the near future to boot. Any fans of outlandish off-roaders who happen to be reading this, we'll give you a moment to tentatively rejoice.

That comes from Bart Herring, Mercedes-Benz USA's general manager for product planning. During a chat with motor1.com, Herring mentioned that Mercedes stands "very close to a good decision" in regards to bringing the 4x4² to American shores.

It's a logical move for Mercedes. Since the car maker began officially selling the Geländewagen in the United States under the G-Class label back in 2002, the boxy off-roader has proven a smash with American buyers. In spite of its rough ride, piss-poor fuel economy, and awkward ingress and egress, the G-Class has become the de facto shuttle of high-class cosmopolitan housewives and professional athletes alike. And even though the novelty of the mighty military-based bruiser has worn off, sales show no signs of slowing: U.S. sales of the G-Class rose 15 percent in 2015 over the previous year.

The jacked-up G500 4x4², which was inspired by the limited-edition, six-wheeled G63 AMG 6x6 that debuted to plenty of drooling back in 2013, has already been on sale in Europe since late 2015. Most of the mechanical bits are the same as the regular G500 (which goes by the G550 name in the U.S.), but the wheels, tires, and suspension have been massively revised in order to support hardcore off-road madness. The 4x4²'s 22-inch wheels are coated in meaty 325/55/22 all-terrain tires, and the suspension has been jacked up to make room for the bigger tires.

As a result of all the upgrades, the 4x4² offers 17.7 inches of ground clearance and can plow through nearly 40 inches of water without fuss. It also offers a funky-fresh color palette packing colors like "Alien Green" and "Galactic Beam," which we hope Mercedes-Benz will be good enough to bring across the Atlantic if-slash-when the 4x4² makes it over.

The possible decision to bring the 4x4² Stateside is part of Mercedes-Benz's commitment to keep the G-Class around "for the long term," as Herring put it. Which shouldn't come as a shock to anyone: If car makers have learned anything about the American public over the years, it's that it's more than willing to part with its cold, hard cash for a badass off-roader.