This company wants you to forget about e-scooters and hop aboard its latest project. 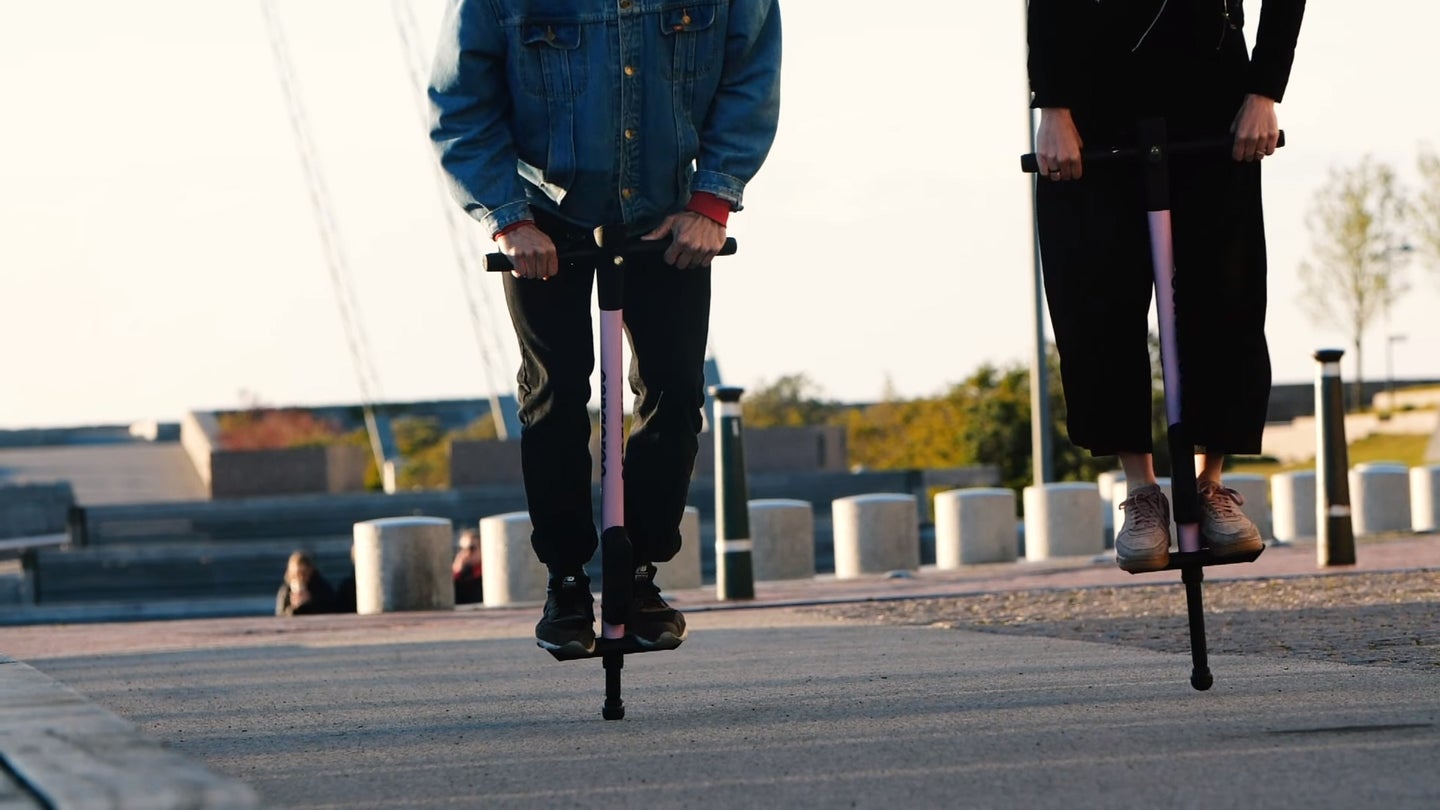 If you're tired of hearing about e-scooters being the future of transportation, you're not alone. In fact, a Swedish company called Cangoroo was so tired of it that it decided to bring an alternative to the United States: pogo sticks.

On Friday, Cangoroo announced its plans to bring "between 100 and 200" pogo sticks to San Francisco as early as this summer, marketing them as a fitness-oriented alternative to e-scooters and effectively rivaling other California-based micro mobility startups such as Lime and Bird.

Prior to its U.S. launch, Cangoroo plans to deploy its pogo-products to two Swedish cities: Malmo and Stockholm. Following a successful launch in the brand's home country, it will then be piloted in the U.S., London, and Paris.

“We’ve been following the micro-mobility market and seen the demand," said Cangoroo's founder, Adam Mikkelsen. "However, we also found that existing players are very generic when it comes to brand loyalty and making a statement and contributing to something beyond taking you from point A to B.”

Similar to an e-scooter, a Cangoroo pogo stick can be spotted and unlocked from an app. Pricing appears to be rather humble as well, at $1 to unlock and then $0.30 per minute of use.

The recent flood of e-scooter startups on the market has created a densely competitive environment for companies looking to gain a customer base. This sudden influx also caused its fair share of problems in even the most progressive cities in the United States. Residents began to complain that the scooters (which do not require you to dock them in a pre-destined location) would be thrown across sidewalks or become hazards to those passing by. Vandals would even make it their mission to destroy as many e-scooters as possible in order to gain internet fame.

After concerns of safety and overall sustainability became a reality, the San Francisco Municipal Transportation Agency (SFMTA) came up with a set of regulations and safety measures to cut down on the problems that the scooters were inciting across the municipality. As of Friday, the SFMTA said that it did not have any details on the launch of Cangoroo, but pledged to review any new service which markets itself as a transportation or mobility solution.

Merge Now Episode 3: Oliver Bruce On The Year Of The Scooter

The Drive’s mobility technology podcast caught up with the co-founder of Micromobility Industries earlier this year to discuss the year of the scooter.

Woman Bludgeoned to Death with Bird Electric Scooter in California

Police are investigating the reason behind the attack.

Constructed with steel-reinforced aluminum, the Bird One is expected to have a lifespan four times longer than the model it replaces.

Hacked Lime Scooters Ask Riders ‘If You’re Going to Ride my A**, Then Please Pull My Hair’