It took dealership employees three days to count up all the money, and even then, it didn’t fully cover the price of the car. 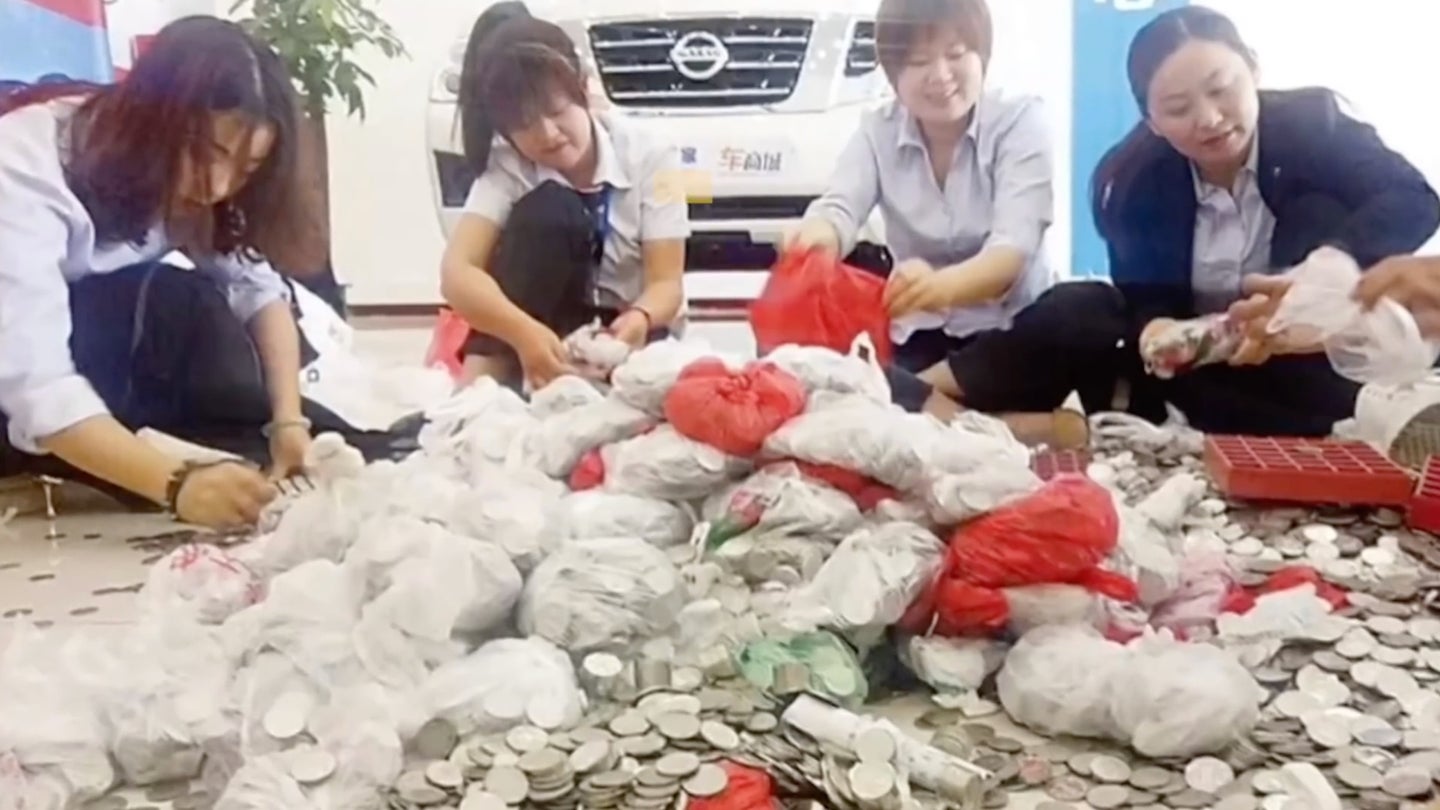 A Chinese businessman has reportedly bought a new car with the coldest, hardest kind of cash: coins.

Hailing from the city of Cangzhou in the Chinese province of Hebei, the man strolled into a dealer with 66 bags of coins aiming to buy a car, according to the South China Morning Post. Many businesses have policies against accepting pure coinage due to the difficulty of counting up large quantities of the currency, but whoever was in charge of this dealer had yuan signs in their eyes and accepted the bags full of cash.

This dealer put between seven and 10 of their employees to the task of counting up all the money. Their total combined weight wasn't reported—it may have been close to the weight of the car they were trying to purchase—but their value was; ¥130,000 or $18,800. Still, this wasn't enough to cover the price of the $27,500 car the man wanted and the remainder of the transaction was reportedly handled digitally.

Just which model of vehicle the man drove home in was not reported. It's also difficult to even speculate the vehicle's brand as the showroom depicted appears to house vehicles from at least three automakers, likely meaning it's a used car dealer. Dealers sometimes have to jump through remarkable hoops to get cars off their lot, but between counting up cash and wasting time on picky buyers, it's obvious what most dealers would rather do.

Get that cold, hard cash.

‘Smart’ Traffic Cam Issues Driver Ticket for Scratching His Face, Not Talking on the Phone

This is what happens when we let machines make important decisions.