The Aussie-built Pete is powered by a quad-turbocharged, 28.0-liter Cummins diesel and was created specifically for burning rubber. 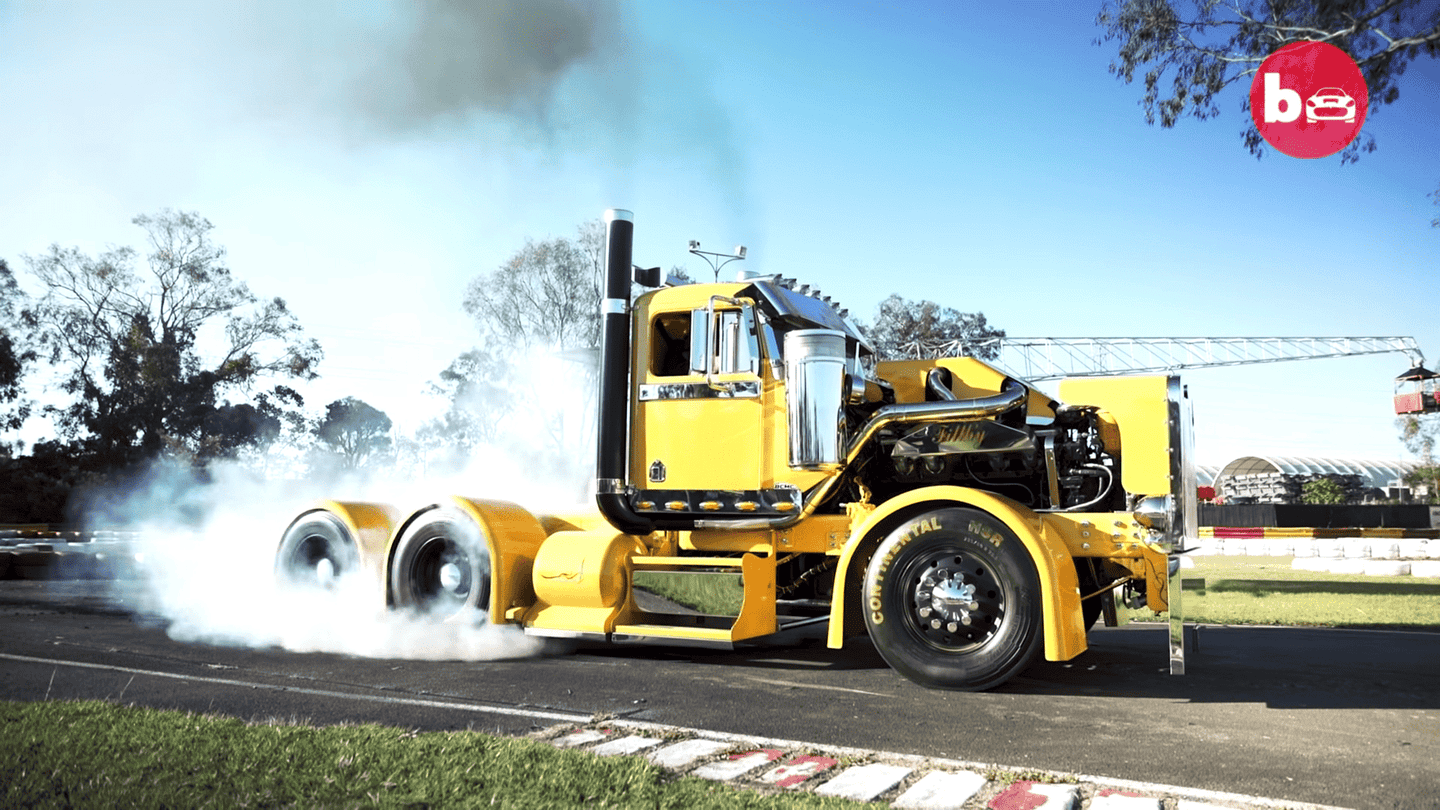 It's no secret that tuned diesel engines can produce mountainous power and tow essentially anything that'll fit on a trailer. Even stock heavy-duty pickups produce 1,000 pound-feet of torque from the factory, so imagine what can be achieved with a modified semi in the right hands. Built by a man named Michael Lake who hails from Queensland, Australia, this Peterbilt named "Filthy" was created exclusively to drop jaws and perform unbeatable burnouts.

And that it does. Courtesy of a 28-liter Cummins engine force-fed by four turbochargers, the Bumblebee Yellow tractor-trailer has an output of 900 horsepower and 4,000 pound-feet of twist.

Lake is part of a custom shop called "Truckin' Stainless," and the crew worked together to take the Peterbilt from rusty and destitute to shiny and show-stopping. Like many, many Australians before them, they got the urge to transform the inexplicably utilitarian workhorse into an uber-capable trophy piece that still sees its fair share of abuse.

The truck is laden with custom-built accents and touts a yellow, black, and chrome theme throughout. Wonderfully crafted interior bits make the truck's cabin a spectacle with a custom-fabbed roll cage and quick-detach steering wheel. These nods to racing reinforce the idea of the hefty power on-tap and nicely compliment the fit and finish of the body, which is simply unmatched. The pinstriping is trademarked big-rig style, as are the rest of the hand-painted and crafted goodies.

As you can see, it does put in work from time to time.

We're starting to see Australia as a better version of ourselves given its skillful applications of big power and trucks. From gas to diesel, turbos to superchargers, they're extremely difficult to match in terms of crazy and wow-factor—perfect when it comes to workday entertainment on the internet.