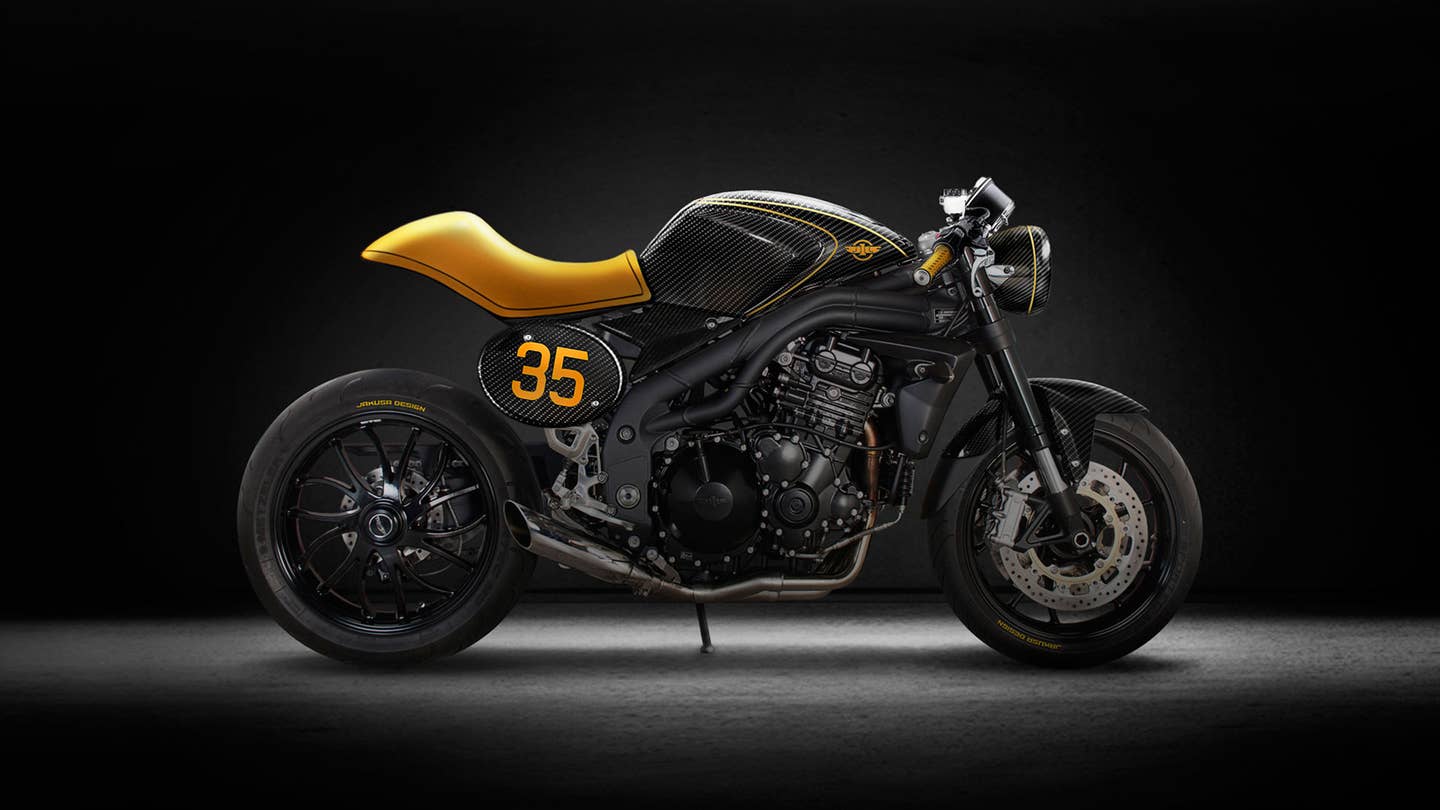 Released in 1994, the Triumph Speed Triple was one of the first production naked bikes, shedding aero fairings to expose its three-cylinder muscle. Since then, punchy power delivery, gobs of torque, quick handling, short gearing, and comfort enough only for the committed earned its reputation as “the king of the hooligan bikes.” Hungarian automotive and industrial designer Tamás Jakus turned that package into the Type 35, beautiful enough to make a hooligan’s heart melt and still ruthless enough to make him the king of the pack.

Jakus used the last-generation, entry-level S model as a base—the curved-frame lower member a giveaway that makes its delicate contribution to the artwork. A naked bike doesn’t leave an artist much to play with, but when done properly, nudity can be its own reward. The three show-stopping changes are all up high, starting with high-gloss carbon fiber gas tank cover accentuated by ochre pinstripes. On either side sit single headlights in a carbon casing, replacing the bug-eye lamps Triumph is famous for, and an ochre, wasp-shaped saddle. The grips conform to the scheme, and Jakus dropped and unwrapped the exhaust to keep the profile undisturbed for our ogling pleasure.

The best part about the Type 35 is that it makes us shiver. The second-best part is that you could recreate 75 percent of it with off-the-shelf parts. Two seconds of online searching will get you a click away from a carbon fiber fender and side plate, and a new exhaust. Another few clicks will put you in touch with a single headlamp conversion. You’d only need to source custom tank, a number plate, and that seat (plus a license plate holder to allay the authorities). And it would be totally worth it.

We need this bike.