Mini's First EV Will Reportedly Be a High-Performance Hot Hatch

The Mini Cooper S E is slated for a 2019 unveiling. 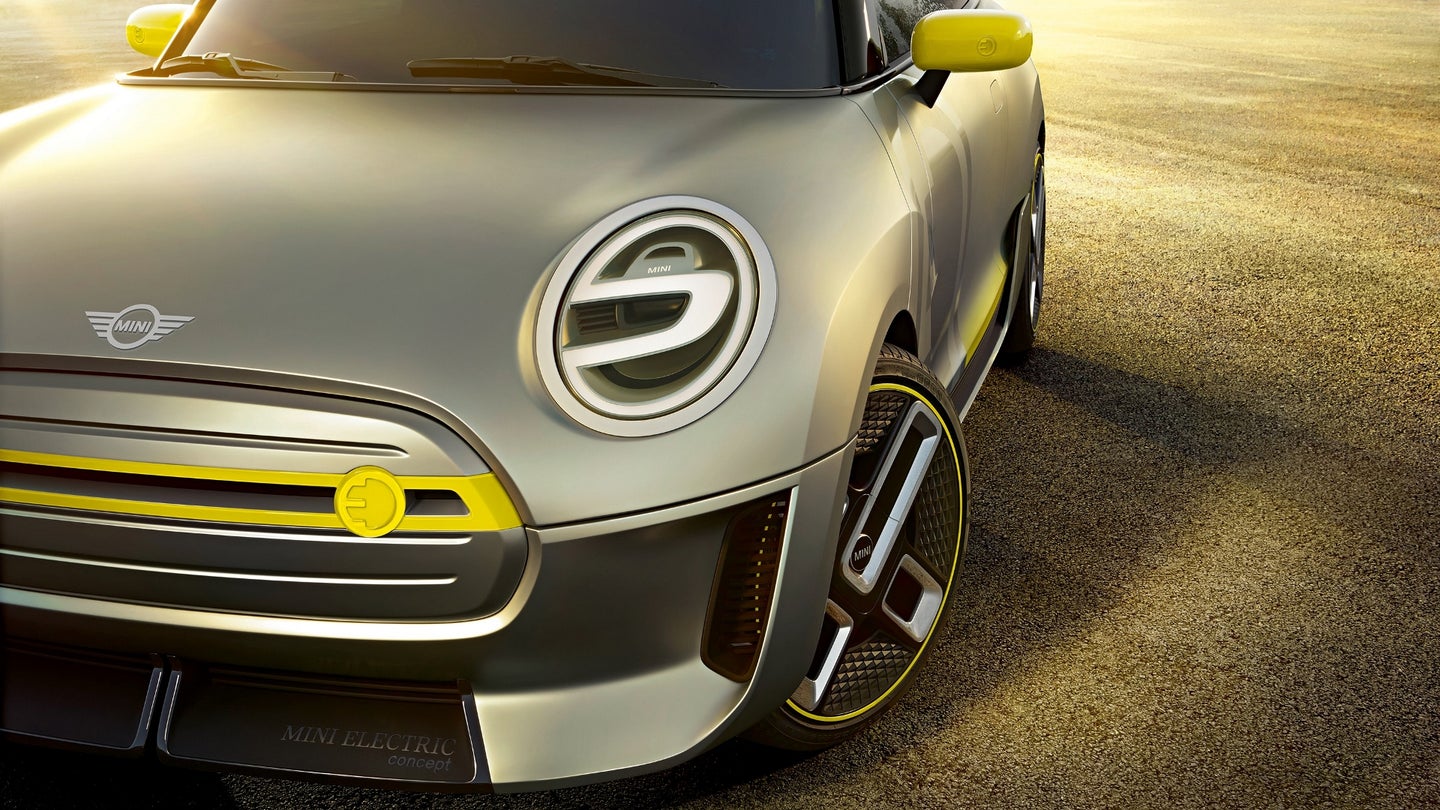 An all-electric Mini has been in the works for quite some time now, but now it looks like the premium compact brand’s first production EV is set to be unveiled and likely begin production in 2019. On top of being the first electric Mini you’ll actually be able to buy, unlike the lease-only Mini E of the late 2000s, this new electric compact will reportedly be a performance-oriented hot hatch.

In a new report from Autocar which cites “insiders” as its sources, the car will be called the Mini Cooper S E and be based on the same platform as the existing Mini Cooper S rather than a dedicated EV platform. The 2.0-liter turbo-four in the S model will be swapped out for the electric motor in the BMW i3 S which makes 181 horsepower versus the Cooper S’s 189 hp.

So it will have less power and more weight than the existing Mini Cooper S. What kind of hot hatch is that? The added weight will likely be offset by the EV’s instant electric torque and lack of gears. Autocar anticipates the Cooper S E will have similar acceleration times to the Cooper S.

The report also says an unveiling of the car will coincide with Mini’s 60th anniversary celebration in the second half of 2019 with production following shortly thereafter. U.K. pricing is predicted around the £30,000 mark which would be a steep $38K in the U.S. at the current exchange rate. For reference, the gas-powered Mini Cooper S starts at $25,900.

Pricing in the States for this EV would have to get much closer to its conventional counterpart if it’s going to be anything other than a novelty halo car.