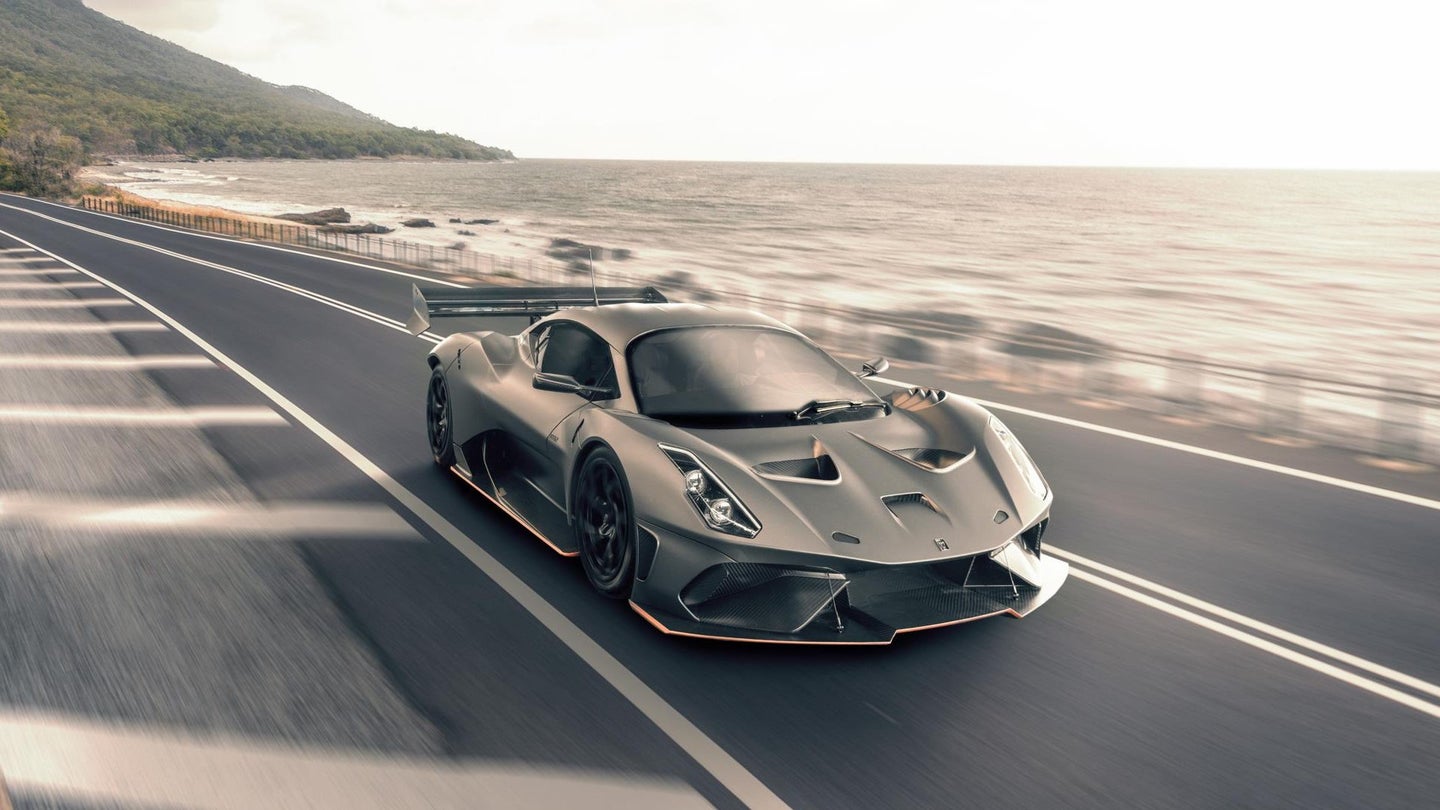 Brabham Automotive announced Monday that conversions for its upcoming track-only BT62 supercar into a road car will be available.

Revealed in May of 2018, the Brabham BT62 is the first vehicle manufactured by a reborn Brabham, formerly a Formula 1 team run by Sir Jack Brabham. Jack was the only driver to win a championship in a car bearing his own name, and though Jack passed on in 2014, his son David isn't ready to let the Brabham name settle into the history books—hence the BT62.

Costing £1 million GBP ($1.28 million USD), the BT62 is a mostly carbon fiber track supercar, with a dry weight barely eclipsing one ton and a horsepower output of 700 from a naturally-aspirated, 5.4-liter V8. Downforce totals a colossal 2,646 pounds, so while the circuit-oriented BT62 won't be chasing any top speed records, it'll likely make mincemeat of track records across the globe.

As announced Monday, the BT62's intended purpose of track use doesn't preclude it from being a road car. Clients can plop an extra £150,000 ($191,500) for conversion into a road car, which will comply with the legal standards of their country of residence. This conversion will raise the ride height, slow the steering ratio, add handsome furnishing to the interior, install air conditioning, and add locks to the doors. Brabham told The Drive that these features add only around 25 kilograms (55 pounds) to the BT62's already paltry curb weight.

Even when creeping up on the 2,200 pound mark, the road-legal BT62 will remain one of the lightest supercars ever sold. Add fluids and an occupant and the road car may still come in around the mid 2,000s, or less than fully-laden Mazda MX-5. Brabham told The Drive that it expects to deliver its first converted road car some time this summer.

As David Brabham previously outlined, the BT62 is seen as the first step toward reestablishing Brabham as a competitor in international motorsport. He hasn't stated whether the BT62 will compete in the FIA's next-gen WEC hypercar class, though Brabham Automotive states news about its plans for road cars, track cars, and motorsport will come at the Autosport International show on Thursday.