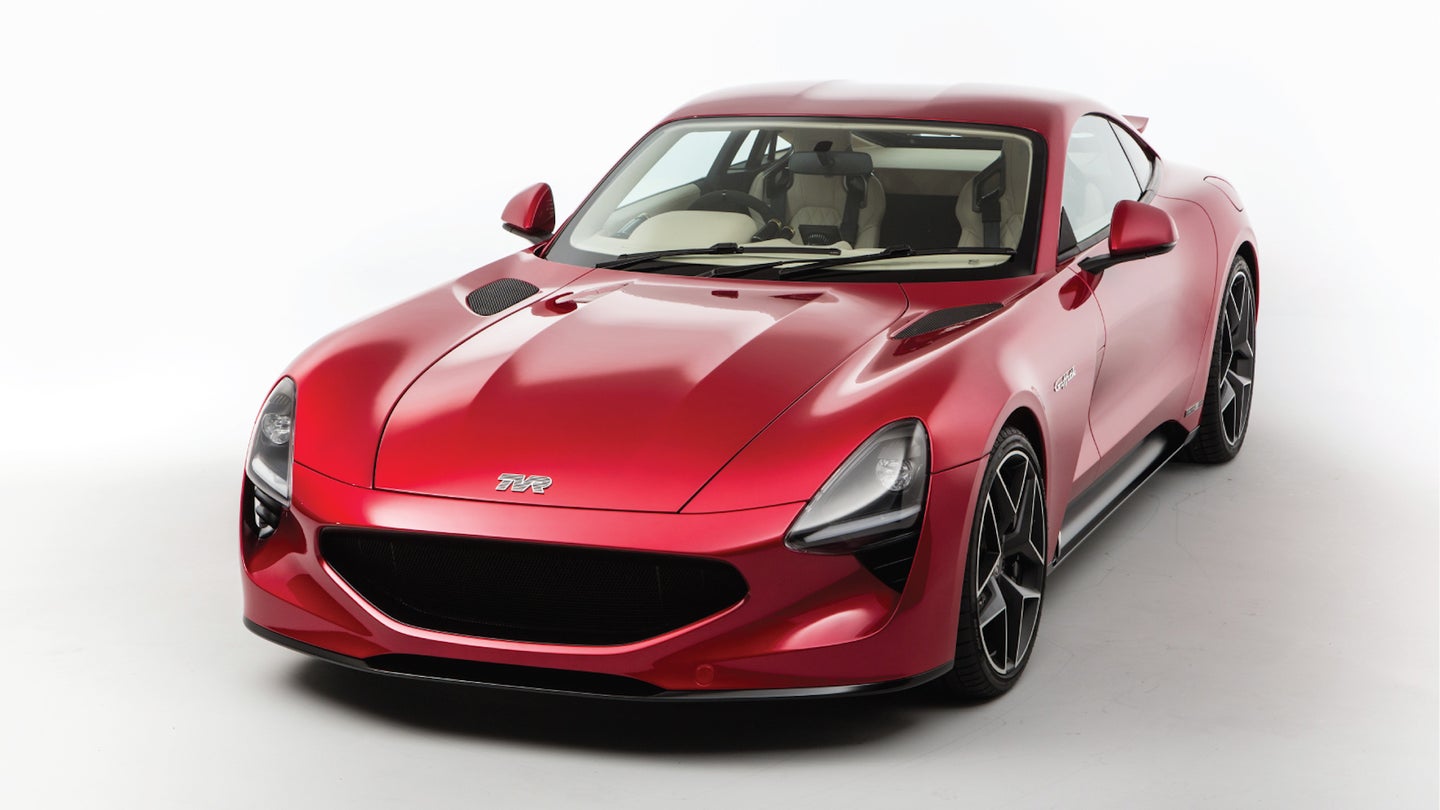 If there's anything modern-day marketers love it's short teaser videos. They're quick, they're easy, and they offer just enough grab-you content to get people talking. Today, TVR's marketing team gets their wish: we're talking about the all-new TVR Griffith.

Since its rebirth as a British company in 2013, TVR has appeared poised to continue their tradition of building muscle cars thinly disguised as proper English sports cars. Sort of like a Shelby Cobra, but with more class.

From this brief video of Avon tire-testing at Castle Combe, we get to experience the sights and sounds of the forthcoming Griffith. True to TVR's heritage, the car is an aggressive-looking small coupe with typically British charm and sophistication smoothing over the rough edges.

Also true to tradition is the engine: a fire-breathing, worked-over American V8. In this case, it's the Ford Mustang's Coyote 5.0 with improvements by none other than Cosworth.

Cosworth's modifications apparently include a dry sump oil system, a lightened flywheel, and a tuned ECU that will deliver between 450 and 500 horsepower, depending on the trim. Appropriately enough, the video ends with laughter, followed by the Coyote's throaty rumble in concert with squealing tires. The production Griffith will hopefully be bringing joy to a select few starting in 2019.

As it has always been the case, the TVR looks to represent the Bowie knife to Lotus' scalpel: an overpowered tool only precise in the hands of an expert, but potentially very dangerous when used by an amateur. This teaser video has us praying for a chance to grab the hilt soon.

The boutique British carmaker prepares to stick it to the automotive world.