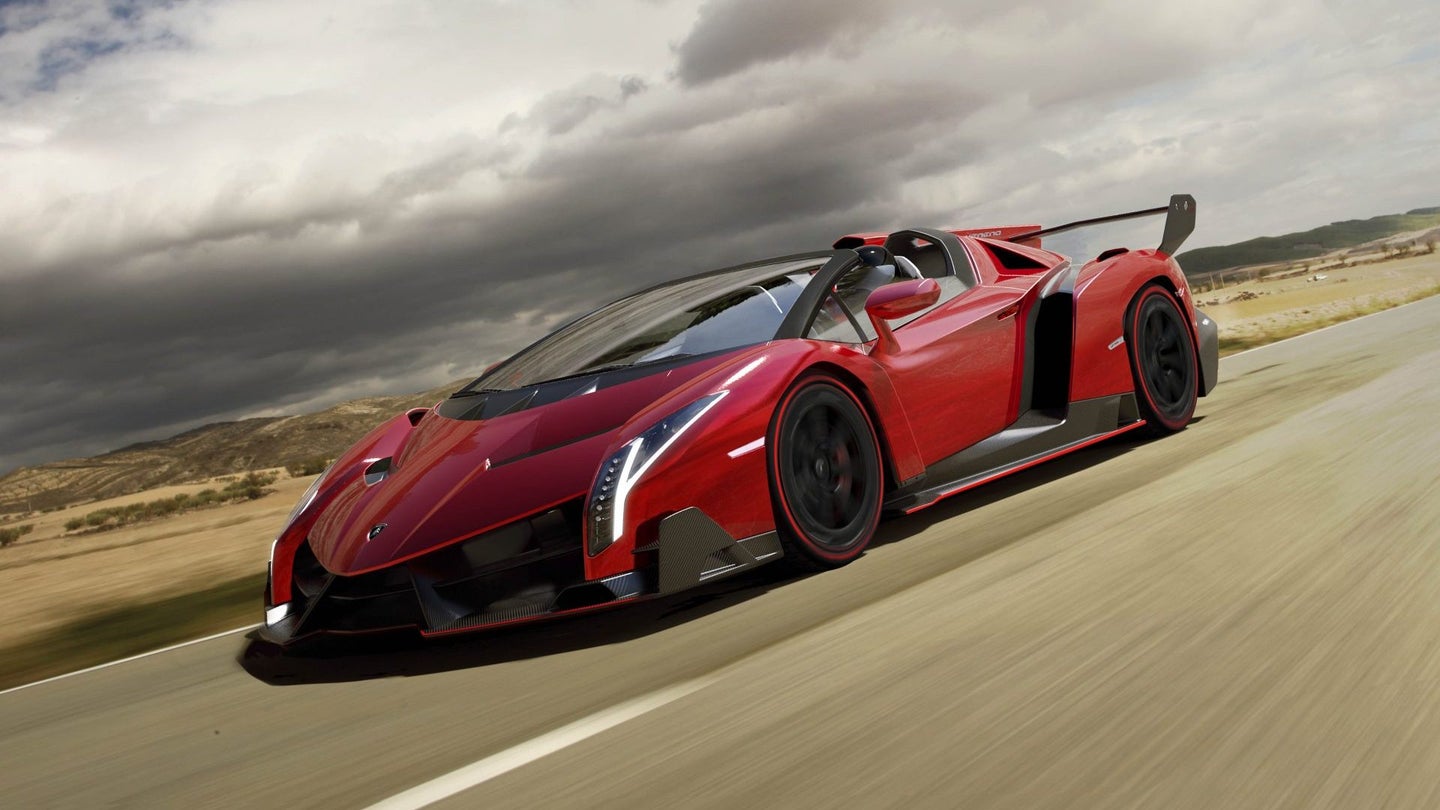 It sounds like the market for ultra-fast, super exclusive, track-focused hypercars is about to get another player. Speaking to Autocar, Lamborghini CEO Stefano Domenicali said that the brand is considering an "extreme aero" model to compete with the likes of Aston Martin's Valkyrie and the McLaren Senna.

Domenicali adds that such a car would be built "in the vein of Centenario and Veneno," a pair of Aventador-based, limited-run hypercars with seven-figure price tags.

If a money-no-object Lambo does come to fruition, it would almost certainly feature the most hardcore implementation of the company's trick ALA (Aerodinamica Lamborghini Attiva) aerodynamics system yet. The equipment was first seen in the Huracán Performante and it also makes an appearance on the Aventador SVJ. Both cars broke the Nürburgring production car lap record at the time of their respective debuts.

Autocar also says that a future Lambo hypercar could be a hybrid, using electricity to assist a mid-mounted internal combustion engine in lieu of forced induction.

Like the cars with which it will allegedly compete against, we expect any upcoming ultra-Lambos to be built in double-digit numbers. As for price, we're anticipating something firmly in the "If you have to ask..." category. For the sake of satisfying curiosity, the Aston Martin Valkyrie goes for $3.3 million while the McLaren Senna costs around $1.3 million.

We've reached out to Lamborghini for further comment on this and will update this story if we hear back.

But don’t put it past your neighborhood billionaire to build one.