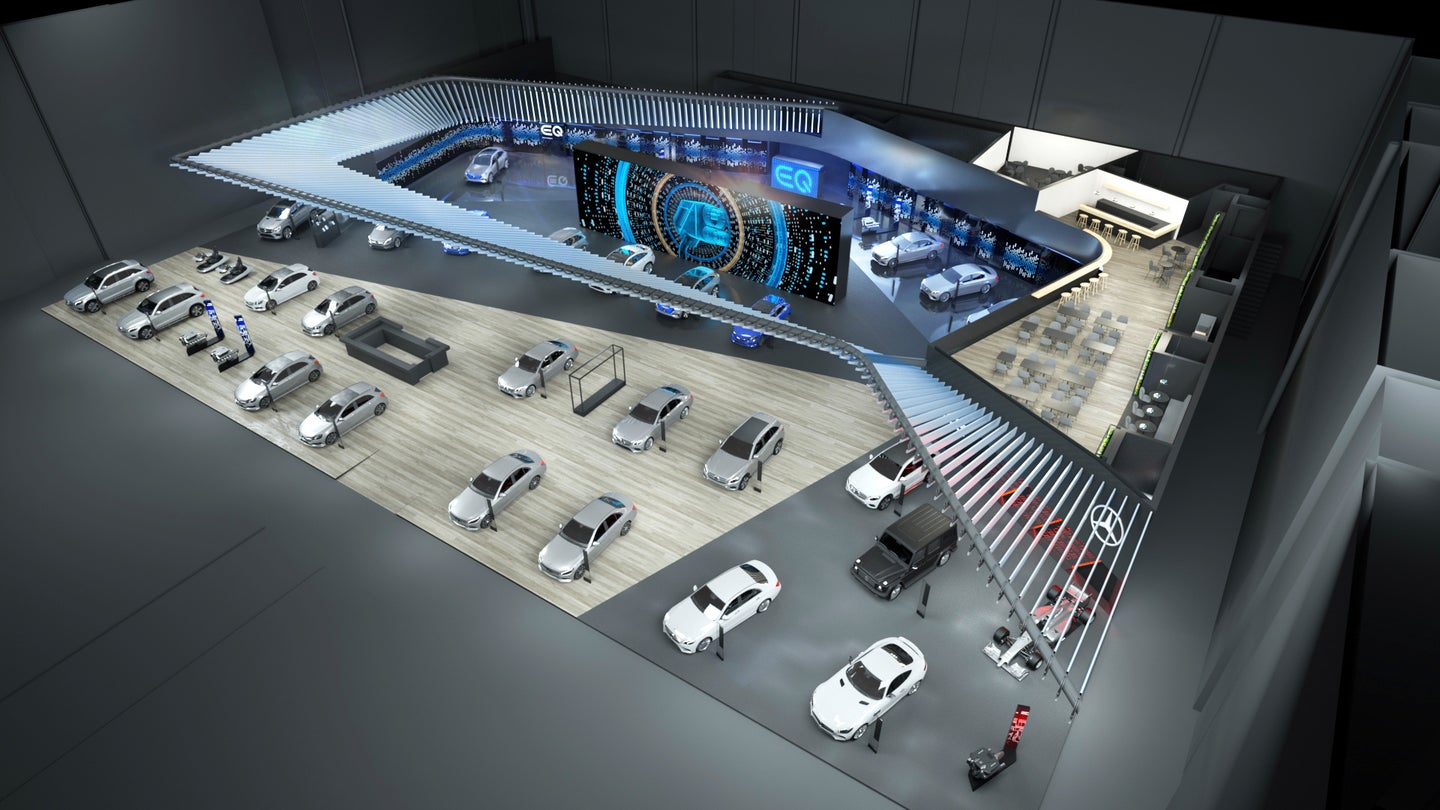 Mecedes-Benz has made an official statement laying out exactly what it has to flaunt at the 2018 Paris Motor Show. The manufacturer will put on the first public appearances of three cars that are soon to be in production: The new B-Class, GLE crossover, and AMG A 35 hot hatch.

Daimler hasn't yet made much public about the next B-Class MPV, but it is willing to share that it "puts the emphasis on the sports part of Sports Tourer. It looks more dynamic than its predecessor and is more agile while offering greater comfort."

The B-Class's goal is to be practical and economical, and Mercedes plans to hit those marks by offering up more efficient engine options, and loading up the car with driver assist safety features handed down from the S-Class.

"The new GLE comes with better off-road credentials than ever before," said Mercedes. It's also promised to come with improved engines, a new user interface, and its own suite of driver assists. The manufacturer has previously revealed that the next-generation GLE will be powered by a 255 horsepower turbocharged 2.0-liter inline-four. For those that need a little more grunt, the crossover will also be offered with a 3.0-liter turbocharged inline-six making 362 horsepower.

This hopped-up version of the new A-Class is what Daimler calls, "An all-new entry-level model from the world of Driving Performance."

The hot hatch is powered by a 2.0-liter turbocharged four-cylinder that puts out 306 horsepower to all four wheels. That engine is paired to a seven-speed dual clutch gearbox that lets the A 35 scoot to 62 miles per hour in 4.7 seconds. The AMG also gets a stiffer chassis and more aggressive body styling compared to the standard A-Class.

Additionally, Daimler plans to reveal a custom Smart car to commemorate the brand's 20th anniversary. The company will also be showing off pieces of its new "EQ" electric vehicle line, including the Silver Arrow concept and EQC electric crossover.

The Paris Motor Show is set to run Thursday-Sunday, Oct. 4-14.