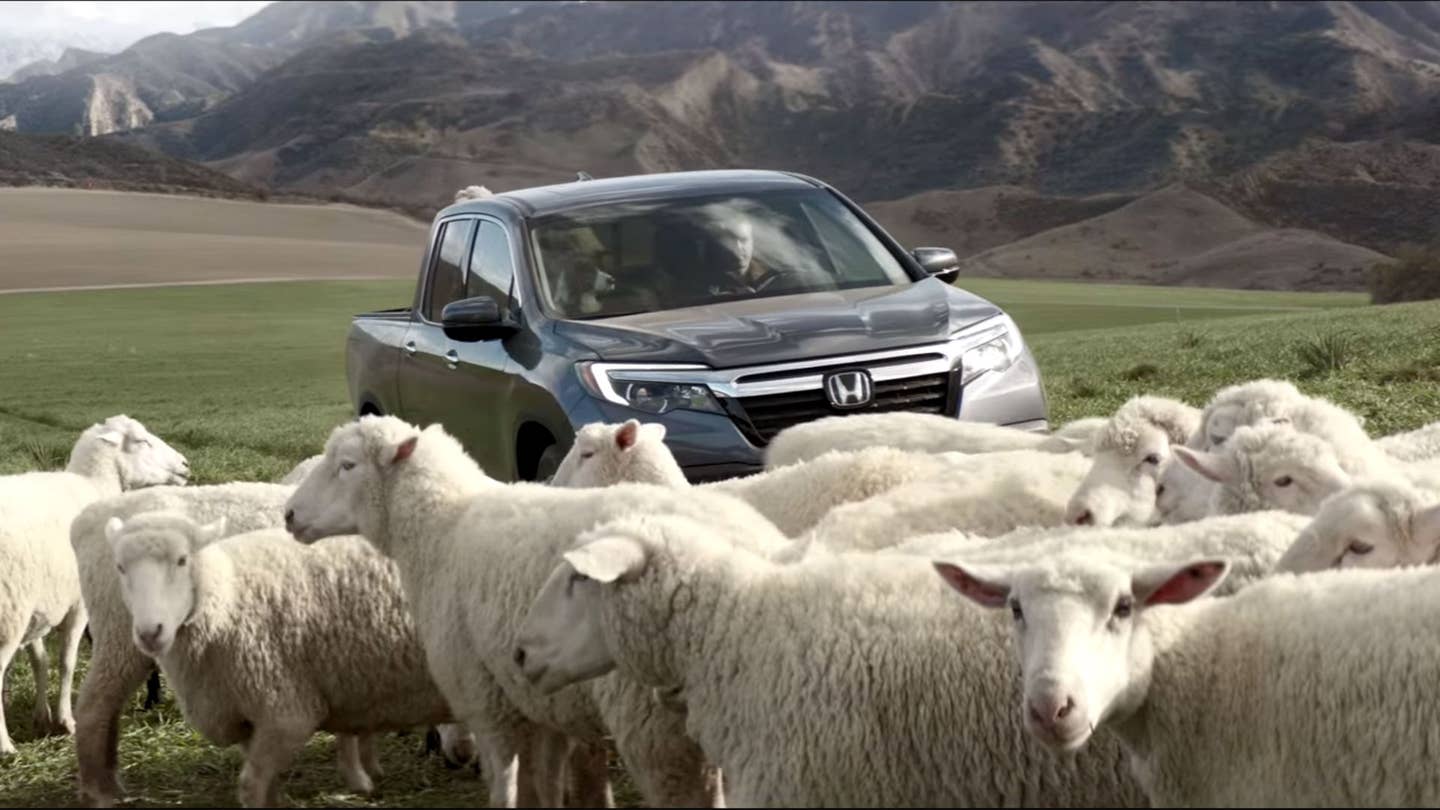 Bryan Buckley knows a thing or two about cutting commercials for the big game. The Oscar-nominated director was anointed “King of the Super Bowl” by the New York Times for his work on more than 40 spots during NFL’s primetime extravaganza. His latest, a spot for the new Honda Ridgeline pickup, just dropped. We feel confident in saying no automaker is gonna be able to top this one. Why? Four words: Sheep that sing Queen.

Now, yes, anthropomorphized animals are a pretty common (albeit always enjoyable) Super Bowl ad play. But the beauty of this Honda Ridgeline commercial is that it doesn’t simply drop in some rhythmic ruminants and call it a day; it uses that joke as an engine to drive the entire commercial forward, layering clever moments and selling points on top of one another like a delicious advertising lasagna.

The song was chosen specifically to point out that the Ridgeline is “a new truck to love.” The ad teases you into thinking you know why the sheep are singing—but then it redirects you, showing how it actually it ties directly into one of the Ridgeline’s clever new features. (We don’t want to spoil the ad any more than I already have, so we won’t say which one.)

And, most importantly to Honda’s hopes of selling this truck in large numbers—it shows the new Ridgeline doing tough things that real trucks are supposed to do. It’s hauling livestock! It has bags of feed in its trunk! It’s off-roading! The old Ridgeline was maligned for not being a quote-unquote real truck, but this new one works well enough for this farmer—so it’s good enough for you, America!

And then the surprise ending with the border collie puts the ad over the top. Boom. That’s some Super Bowl commercial gold right there, folks.