Hey Zimbabwe, Datsun's Coming to a Dealership Near You

Zimbabwe will be the seventh Sub-Saharan country where Datsun has a dealership. 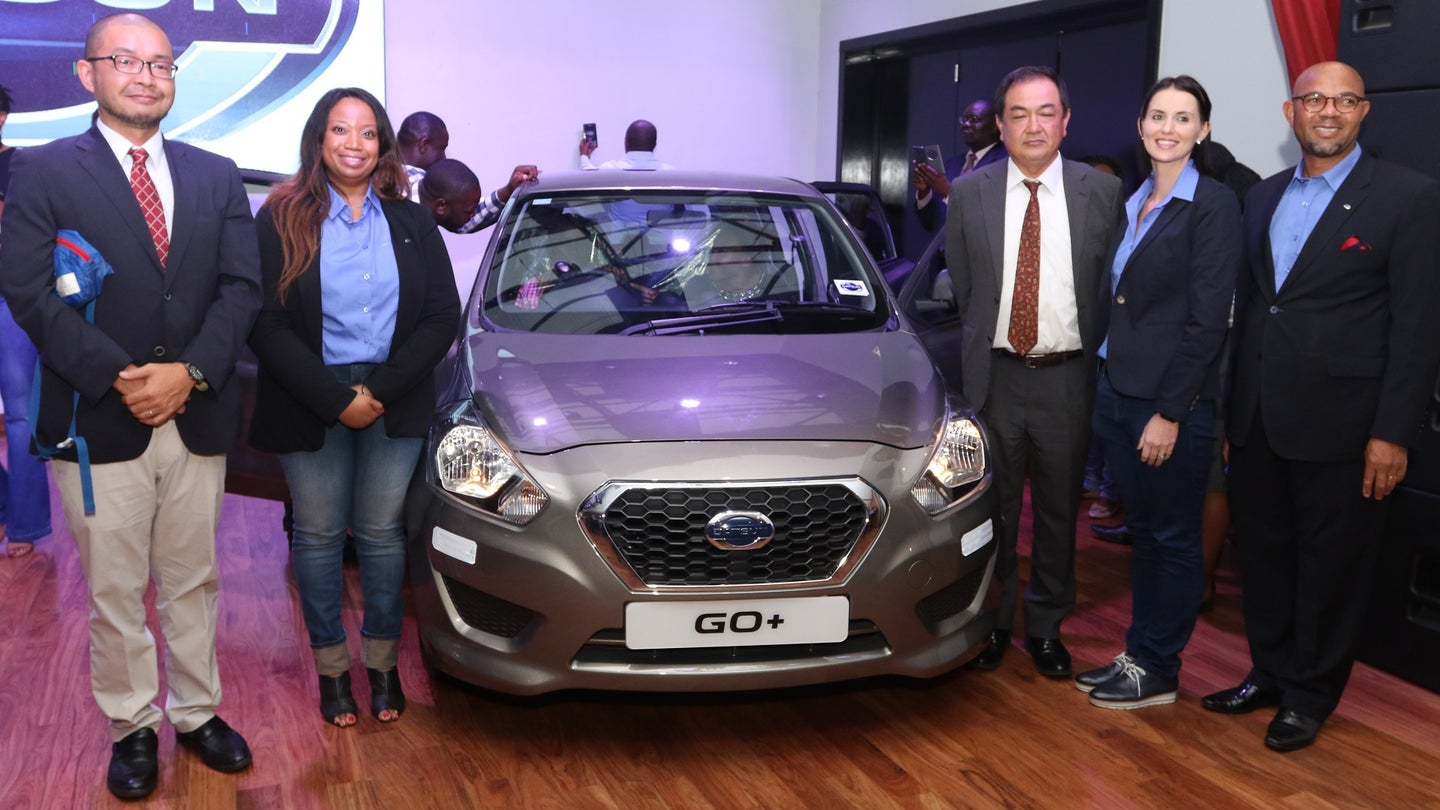 I’ll admit, I don’t know much about Zimbabwe other than its currency being the face of devaluation. If you go on eBay you can buy 10 trillion Zimbabwe dollars for about ten bucks. But the Zimbabwe car scene is about to get a little more robust. Nissan Motor Company announced that its Datsun brand will be expanding its footprint by launching in Zimbabwe.

Three models are expected to be on sale; Datsun GO, GO+ and the GO+ Panel Van. The models are made specifically for first-time new car buyers with the Panel Van tailored for small to mid-sized businesses. This isn’t the first country in Sub-Saharan Africa that Datsun has ventured into. Datsun already sells cars in Botswana, Namibia, Lesotho, Swaziland, Mauritius and South Africa.

Speaking on the expansion Des Fenner, general manager and head of the Datsun brand in South Africa, said, “These are exciting times for Datsun, and we are very proud and privileged to expand the brand beyond South African borders. Datsun has always been committed to providing cars that are reliable and attractive, and we are pleased to be able to provide this offering to consumers in Zimbabwe."

The expansion plan calls for Datsun models to be available at five dealerships in Zimbabwe. The dealerships will be located in two of Zimbabwe’s largest cities, Harare and Bulawayo.