The classic Japanese model is named the most affordable starter car in South Africa. 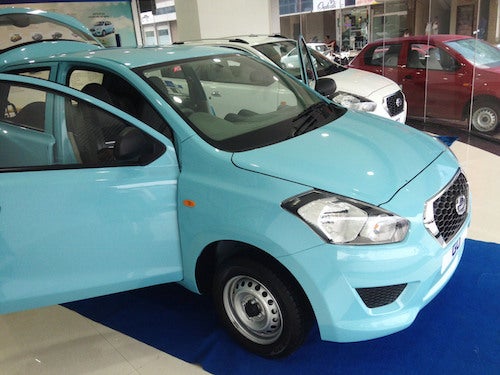 The Kinsey Report, a yearly document that states the most affordable cars, car parts, and low-maintenance cars in South Africa, recently released its 2017 report.

The Datsun Go placed first on the list as the most affordable “city car,” or entry-level car. The report says that it’s the cheapest in service, car parts, and repair.

The report also named the most affordable hybrids, crossovers, and cabs. Other affordable nominees in the city car category include the Polo Vivo, the Hyundai i10, and the Tata Bolt.

Datsun is part of Nissan’s three global brands. Nissan discontinued the Datsun name in 1986, but re-launched it in 2013 and marketed it as a low-cost, quality car brand.

The Datsun Go was released in 2014 in Indonesia, as the representative model for the brand’s comeback. Part of what makes Datsuns desirable is their market exclusivity. Datsun vehiclesare only sold in Indonesia, South Africa, India, Russia, and Kazakhstan.