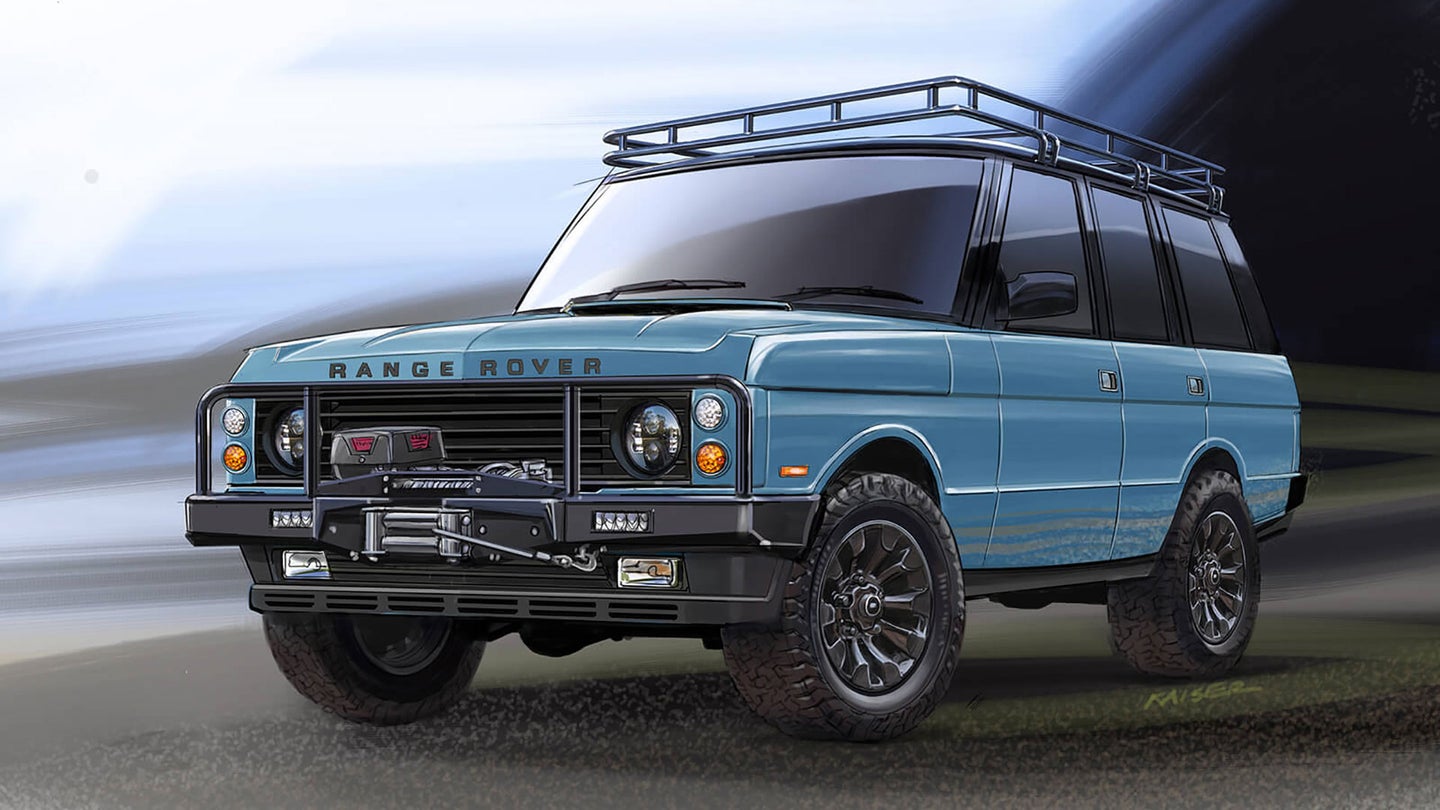 If you loved the simplistic looks of the Land Rover Range Rover Classics from 1970 to 1996, but hate their lack of reliablity, then you are in luck. The folks over at East Coast Defender are branching away from the...errr...Defender and starting to work on the iconic Range Rover Classic.

That being said, Elliot Humble, East Coast Defender co-owner, said, "Our custom Range Rover Classic will bring the car to the 21st century without sacrificing its classic heritage and originality."

Customers will be able to choose between two different LS-series V8s—one making 330 horsepower, the other 430 horses. The interior will also be redone; however, they'll keep the same seat frames. Customers will be able to choose from 10 exterior colors and five interior colors, truly making their creation unique. In addition to paint and power, the Range Rover Classics will receive additional modernizations like improves suspension and other interior tech.

The demo build is called the Alpha build and is expected to debut at the new West Coast Design shop this January.

Land Rover Says No Plans For a 7-Seat Range Rover

There is no room for the portable wine cellar and all your vintage luggage with a third row of seats.