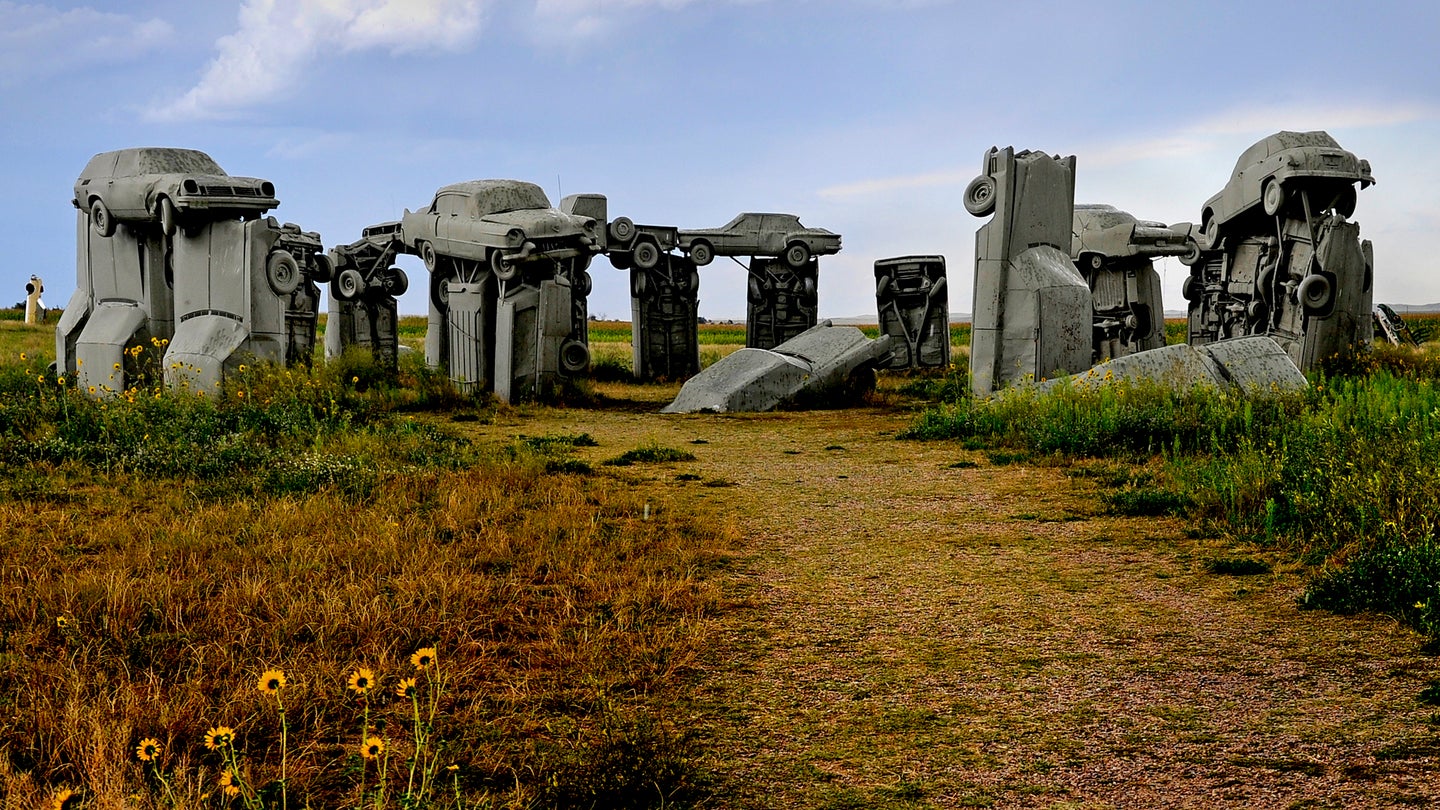 On Monday, August 21, a large swath of the United States will be treated to the majesty of a total solar eclipse. And along the excellently-named "path of totality" lies Carhenge—a vehicular recreation of England's iconic Stonehenge, which some historians believe was built with ancient astrological purposes in mind. See where this is going?

NPR reports that Alliance, Nebraska is preparing for a crush of sky-gazers to come stand in the full shadow of the moon at the small town's biggest attraction. Among the thousands of eclipse-watchers at Carhenge will be Nebraska Governor Pete Ricketts, and local officials are going all out to welcome everyone with concerts, a softball tournament, and other attractions.

Carhenge was built by a local man named Jim Reinders, who spent a number of years working in England as a petroleum engineer—hence the familiarity with Stonehenge. After his father passed away in the mid-1980s, Reinders decided to commemorate him with his own eternal monument. With one key difference, of course.

"So he decided if we build it out of cars, the wheels on it would greatly simplify the logistics," Alliance visitor's bureau head Kevin Howard told NPR.

In 1987, Reinders and his family gathered up a bunch of old cars and got to work. After a lot of "blood, sweat, and beers," according to Howard, Carhenge was complete. The family had no idea that this month's solar eclipse would pass directly overhead.

Over time, the site grew into an international tourist destination, and the site itself has been expanded into an automotive sculpture park known as the Car Art Reserve. Admission is always free, including on the day of the eclipse, and Howard promises plenty of parking. He's not sure if these hordes of visitors are expecting a mystic experience, but everyone is welcome.

"Carhenge is whatever you want it to be to you," he told NPR.