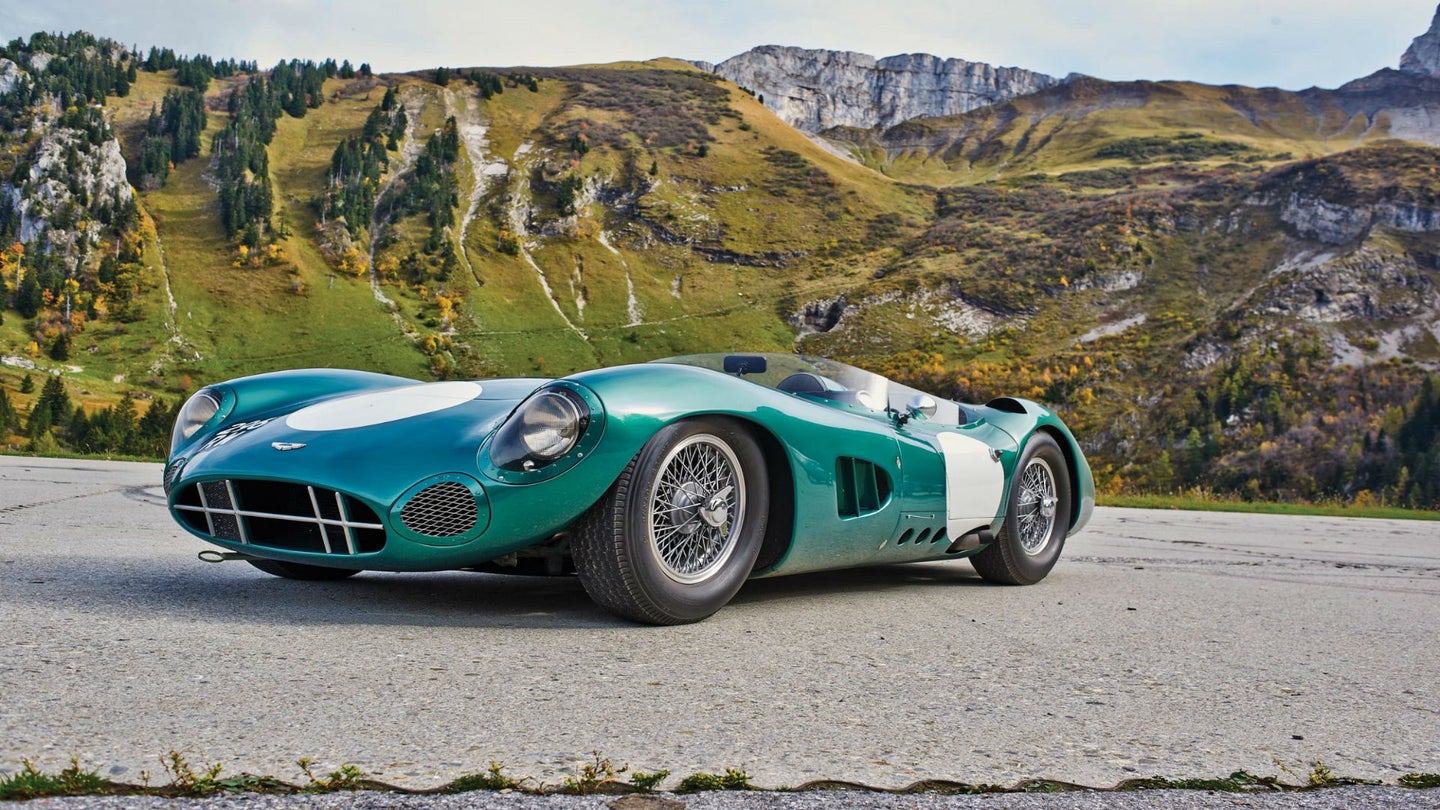 Out of all the historic, brilliant, and legendary cars Aston Martin has produced in its 60+ years, this is the mecca. The DBR1 earned the marque a host of victories in races like the 24 Hours of Le Mans, and gave itself a name in the field of giants like Jaguar and Bentley. This particular example, dubbed the DBR1/1 is the most significant example of them all, and it just broke the record for British cars by selling for $22.6 million at Monterey.

RM Sotheby's noted that this car is "the most correct example of what is arguably the most important Aston Martin ever produced." Historically driven by the likes of Sir Stirling Moss, Bruce McLaren, and Carroll Shelby, you'll be hard pressed to find anything with the grandeur of this pristine piece of British racing history.

To date, it remains the only overall winner for the automaker at Le Mans, and it did so by beating powerhouses like Ferrari at their own game -- on a much lower budget. Quite frankly, that's why it's so significant today, allowing it to beat out the formerly most expensive Brit, a 1955 Jaguar D-Type that went for $21.8 million.

Modern day endurance racers owe a lot to this monumental figure, especially those developed across the pond.

This DBR1 was easily a show favorite for many, and now, it heads off into the sunset to be kept and maintained with all of its racing heritage in tact. It's hard to imagine a car with a better story, and for Aston Martin, it's surely the most important model to date, turning the brand around and setting it on the path it's on today.