If you thought “torque reserve” was something every Hellcat-powered Dodge already had…well, not quite. 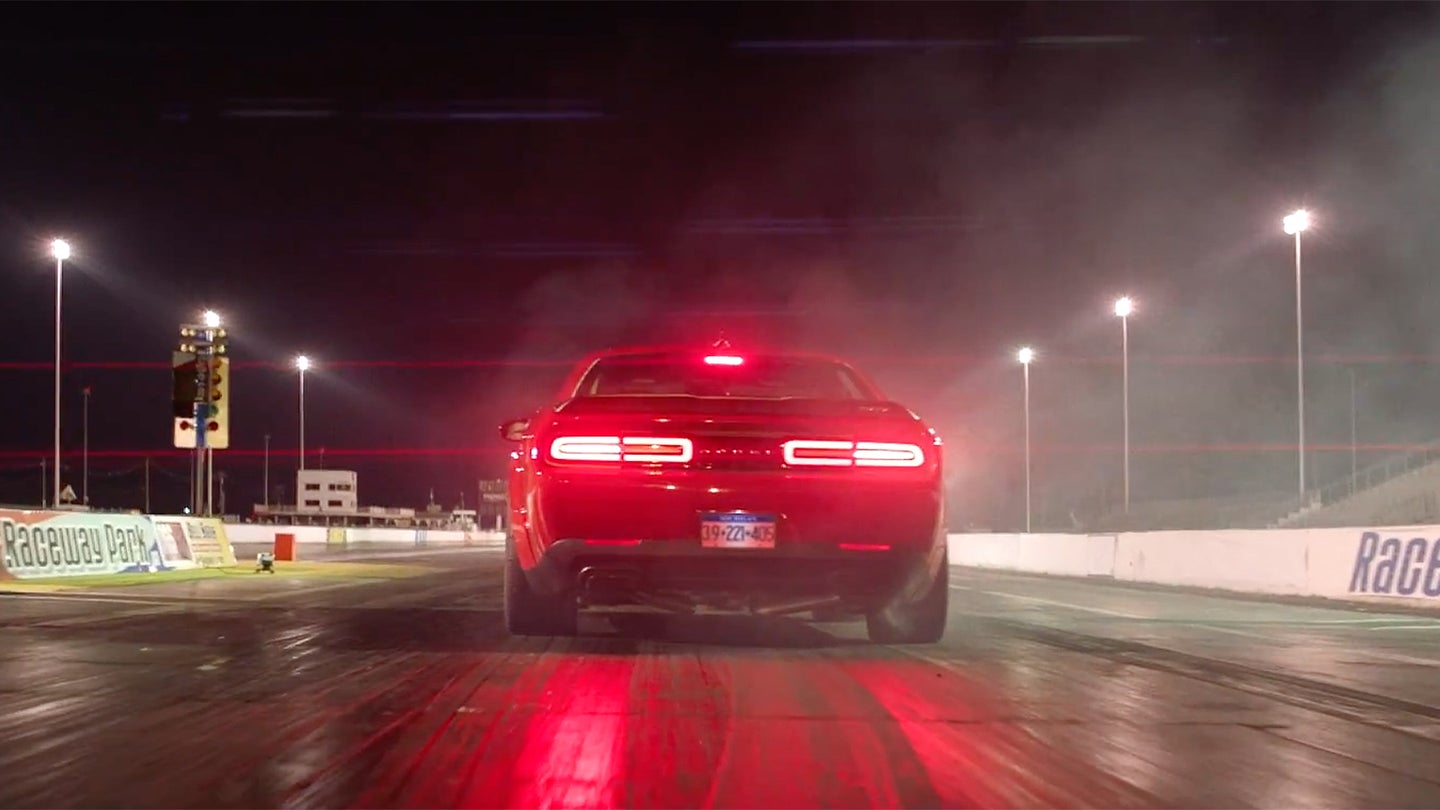 The video, like most of Dodge's teasers, isn't very long—less than half a minute. But that's still more than enough time to watch and listen as the Challenger Demon blasts off the starting line at a drag strip, accelerating like a bat out of hell with a throaty V8 roar and a high-pitched supercharger whine that sounds like nothing so much as Iron Man's repulsors powering up.

The unique qualities of the Demon's exhaust note come, in part, courtesy of the car's "torque reserve launch system," a setup designed for drag racing designed to wind up the supercharger ahead of a launch without overstressing the brakes and breaking the tires loose. To do so, the Demon closes the bypass valve on the blower and alters the fuel flow to the cylinders, briefly cutting the gas flow to specific cylinders—which, in turn, gives the car its unusual idle.

Once again, Dodge has chosen to include a cryptic series of numbers in the video. In this case, it's the formula 3.9+221=405 on the license plate. As with many of the Easter egg digits Dodge has hidden in its videos, we don't know what that stands for...but we're sure as hell looking forward to finding out at the New York Auto Show next month.

Oh, and if you can't get enough of that Demon exhaust note, Dodge has also released a ringtone version available for download at the official Challenger Demon website. Which we're sure will make everyone back in 2007 when custom ringtones were all the rage very happy.