Yes, there is such a thing. 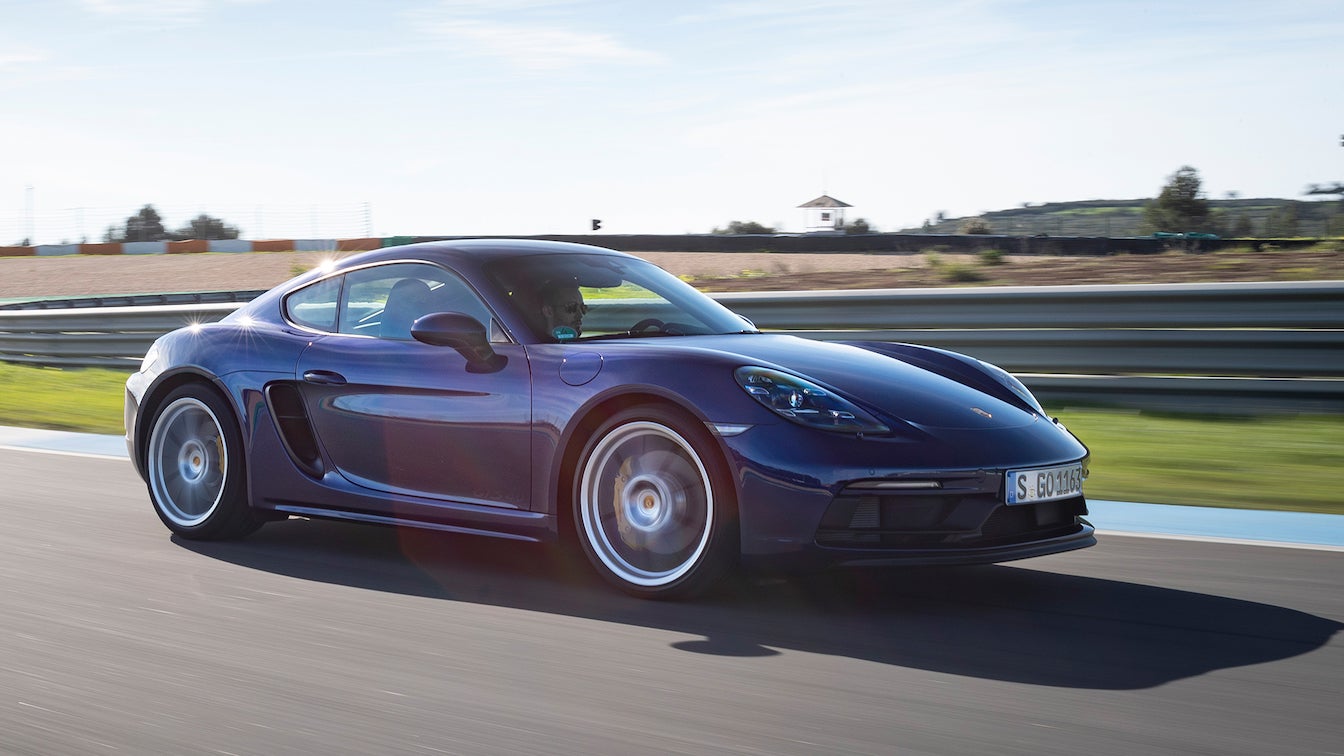 There is a lot of talk about the 2021 718 Cayman GTS 4.0 being the “perfect” Porsche, and before even driving one, it’s hard to argue. Heck, just a 4.0-liter, naturally aspirated flat-six shoehorned into the middle of any Porsche is reason enough to perk the ears. Add in a ridiculous chassis and all the interior luxury and comfort one could want in any vehicle—let alone a corner-crusher like this one—and yes, the GTS 4.0 starts to look like an absolute hero. (Spoiler: It drives like a hero, too.) So it’s hard to argue with the Cayman GTS 4.0 being the perfect Porsche. But I'll try anyway, because no car is perfect, right?

Let’s start with the good because it’s not hyperbole to say the GTS 4.0 is absurdly good. The free-breathing 4.0-liter flat-six makes a claimed 394 horsepower and peaks at 309 pound-feet of torque between 5,000 and 6,500 rpm. Yes, in this guise, the engine has been detuned slightly from the GT4's, which sits higher than the GTS 4.0 in the 718 Cayman food chain and is itself a destroyer of tracks and tires. By comparison, the GT4 carries 414 HP with the same 309 lb-ft of torque but has a slightly wider powerband of 5,000 to 6,800 rpm. Like the GT4, the GTS 4.0 sees a torque boost to 317 lb-ft when equipped with the optional $3,730 PDK seven-speed automatic transmission, which is what my test car was equipped with.

The most important aspect of GTS 4.0’s engine is the naturally aspirated part. There’s nothing wrong with turbocharging; it creates a unique personality that you can’t get through any other method. It’s a no-brainer for small displacement engines, especially now that direct injection is the norm. And as long as we’re talking about it, turbocharging pretty much doesn’t get more state-of-the-art than in the 718.

But it’s not until you get behind the wheel of a truly great naturally aspirated car that you realize what's been lost in all of the forced induction. Something big. Something important. Something that becomes all the more important as the rush to make cars more efficient—and in Porsche’s case, simultaneously ever more capable—sneakily deletes one piece of feedback at a time. Here, we are reminded that the call and response of a visceral, naturally aspirated engine just cannot be replicated. 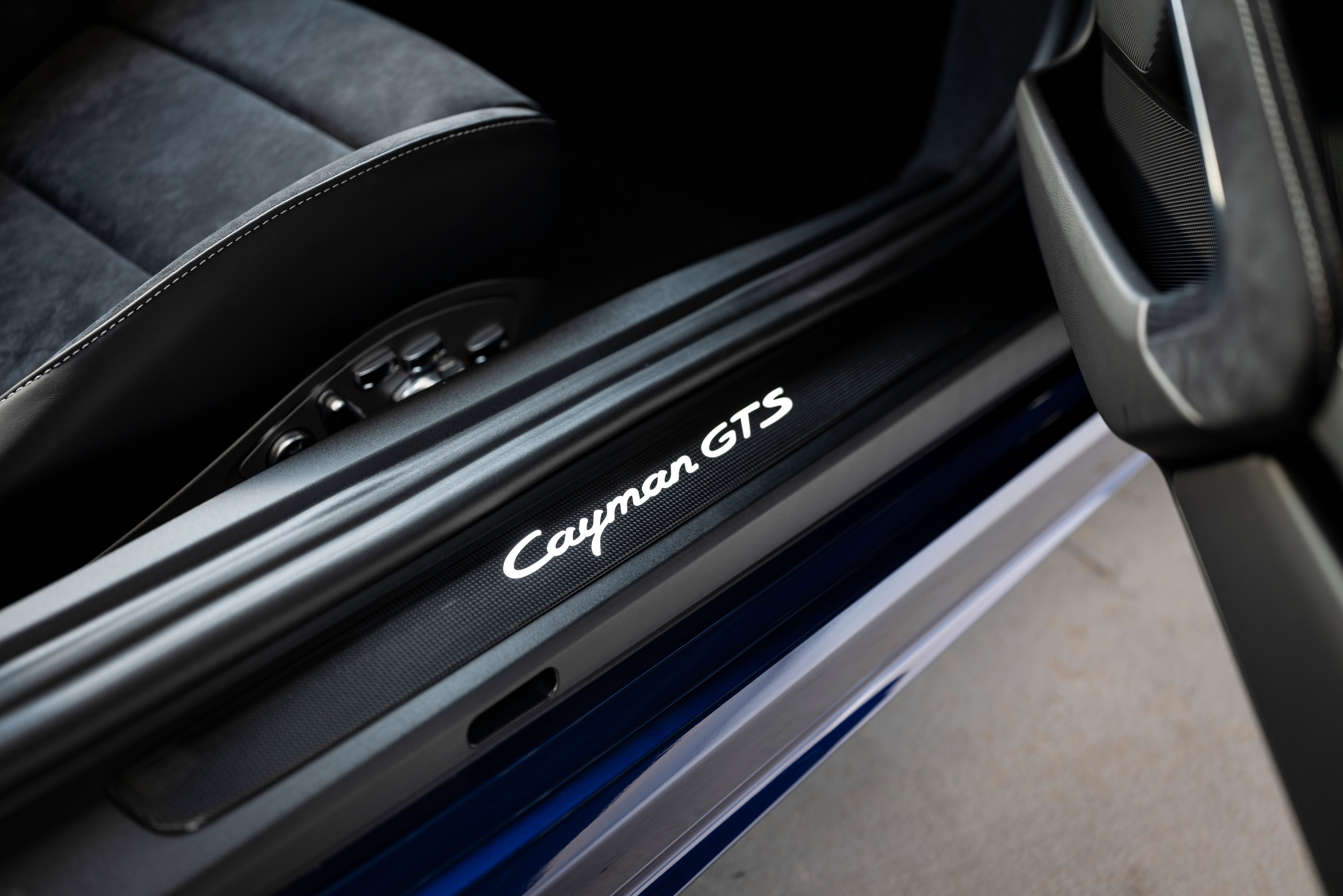 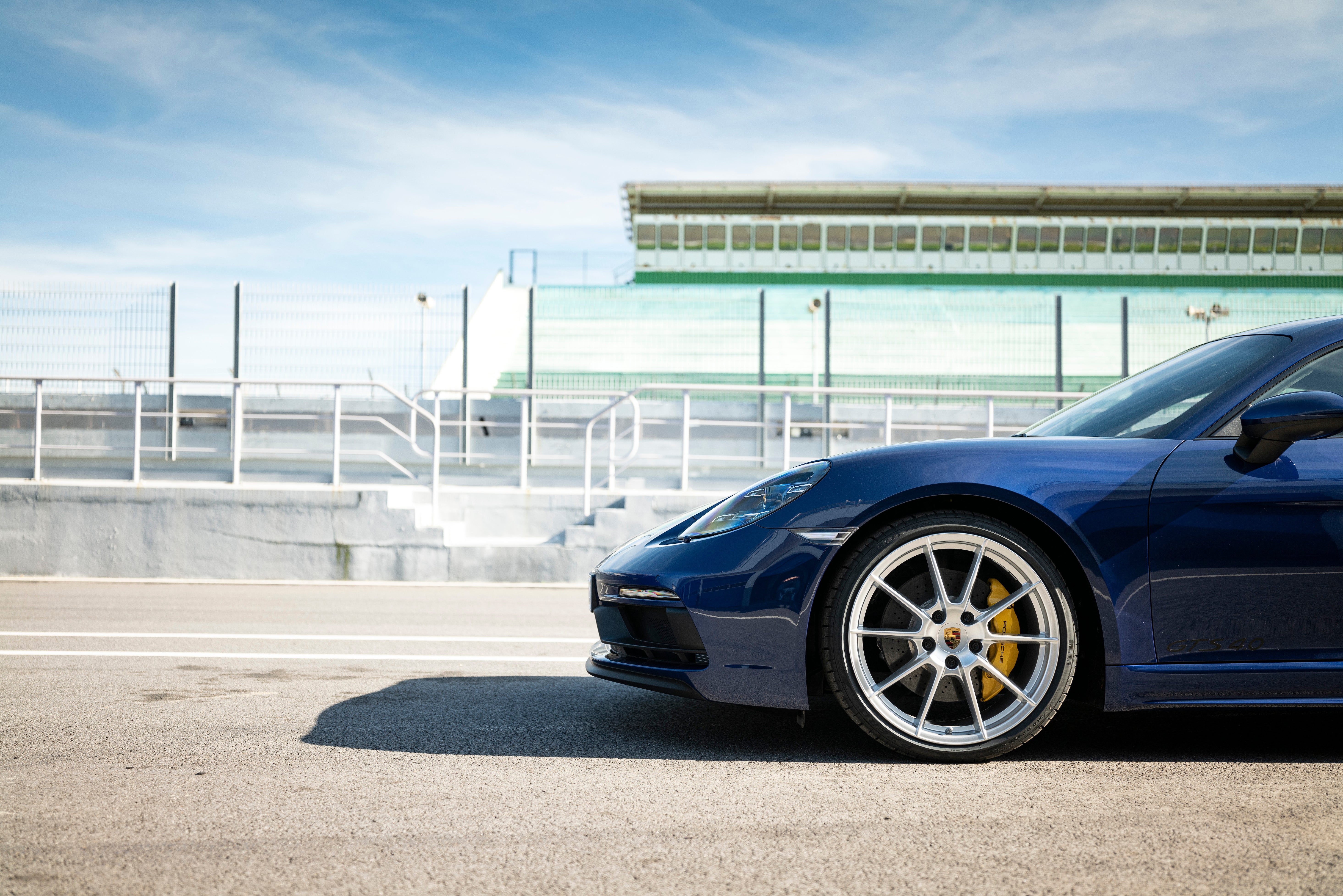 Strapped with a 4.0-liter, the Cayman builds speed in a way that lures you in and catches you off guard. You dip into the throttle and you get the sound, and it is good. It's throaty and raspy and vibrates your very bones. It is so good it becomes addictive—you just can’t let off as it overcomes you with a need to know what happens next, closer to the 4.0’s redline. So you push it again, and again, and it thrills every time. But it is an addiction nonetheless; enticing, dangerous.

The Cayman GTS 4.0 is so put-together that it seems to know how addictive and dangerous a whip of its tach needle can be, so it’s built benevolently enough to save you from your own worst instincts. That’s a long way of saying it’s a good thing the brakes are damn good. Being mid-engined, the 13-inch rear rotors can make the most of the extra weight on the rear axle (the discs measure 13.8 inches up front). This thing scrubs speed like you wouldn’t believe.

Similarly, you’ll find yourself relying on the GTS 4.0’s astounding chassis to help with the crazy late-braking—the product of your need to stay on the throttle until the engine howls all the way to redline. The GTS 4.0 sits 20mm lower than your basic 718; Porsche Stability Management is standard, as is Porsche Active Suspension Management, or PASM for those versed in Porsche-speak. Then there’s the active locking differential with Porsche Torque Vectoring Plus, which fiddles with the inside rear brake in the turns to keep the nose aimed where you want it—as if nonexistent understeer is what a Cayman needed help with. 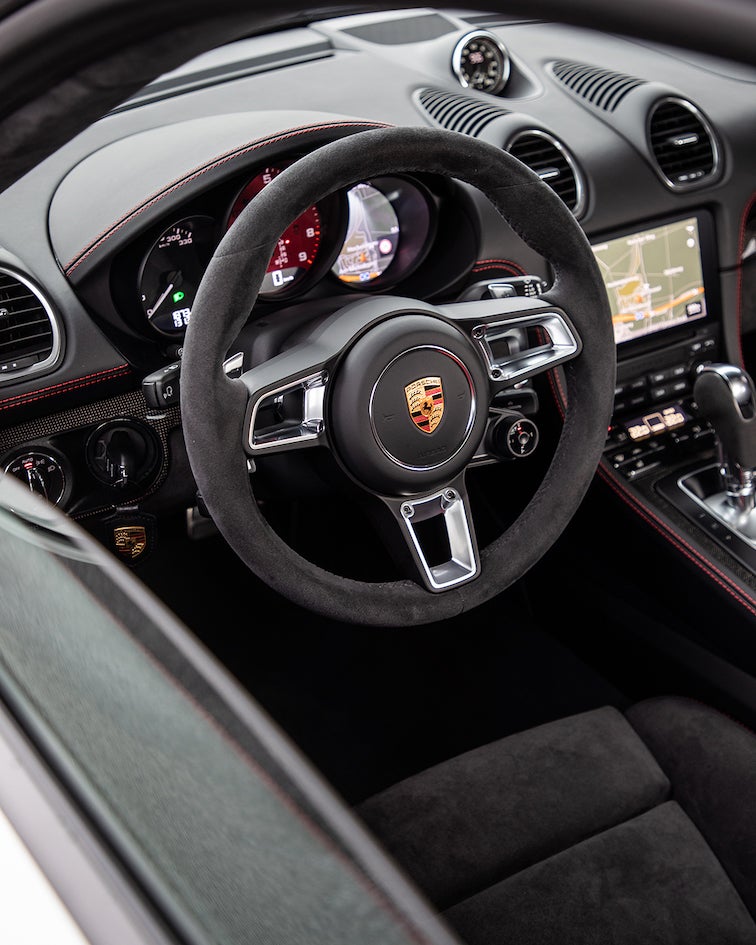 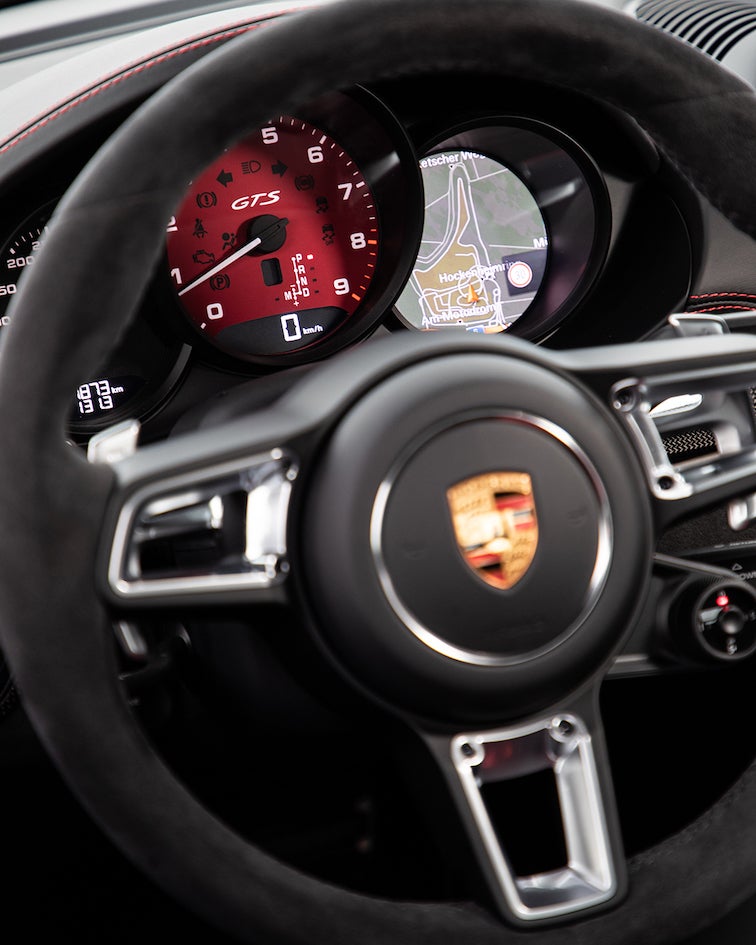 Get on the gas as early as you want. Really. The GTS sighs at your incompetence. It instantly shuffles torque and applies extra braking to the inside rear wheel, causing the mid-engined sports car to rotate even more than it already wants to. “You’re the hero here,” it assures you wordlessly. “Don’t worry about it, Ham-Fist.”

The GTS’s insane capability far outmatches how far I’m willing to push it on the canyon roads north of Pasadena. Everything—including the quick-shifting PDK of this test car—feels a bit like a video game. In the GTS 4.0, you’re definitely driving one of the best cars in the game. But with the limits this high, there’s no element of “doing the dance” like you might have to to keep a 996 GT3 connecting the bends smoothly. Here, you can pretty much do whatever you want and the GTS will make you look good. The suspension is perfectly damped, the responses are instant, and the acceleration, as mentioned above, is addictive, with power everywhere in the rev range.

And not to mention the second-generation Cayman really came into its own as far as looks go. This GTS 4.0 turns heads everywhere, though the sharp Gentian Blue Metallic finish may account for as much of the attention as the bodywork. The interior is perfect. Good-looking, functional, high-quality, comfortable. For all of the race car-capability of the GTS, you never feel as though you’re squeezing into or out of one.

You really would be mad—and irresponsible—to take the GTS 4.0 sliding through its limits on public roads, which of course begs the question, “Do you actually need this much road car?” Because if you were serious about going to the track, why not spring for the $102,550 Cayman GT4 instead? The GTS 4.0 starts at $88,750 MSRP, but selecting more than one option will bring its final price close to the GT4’s anyway.

People love to complain that Porsches are getting more and more expensive. And they are expensive, full-stop. But consider this: Both the Cayman GTS 4.0 or the GT4 provide experiences you just can’t get elsewhere for the same money. Show me a better modern car that’s this well-assembled, has a mid-mounted and naturally aspirated engine, and offers the option of a manual transmission. You can’t, because it doesn’t exist. With that in mind, the cars are actually priced right. Perhaps the truth we don’t like about Porsches costing more is that they were probably just undervalued before. Maybe they still are. Think vintage Rolexes, if you’re into that sort of thing.

So the price is the price, as far as I’m concerned. For me, the thing about the Cayman GTS 4.0—and keep in mind you’re reading the ramblings of an utter luddite here—is that it’s too damn good. 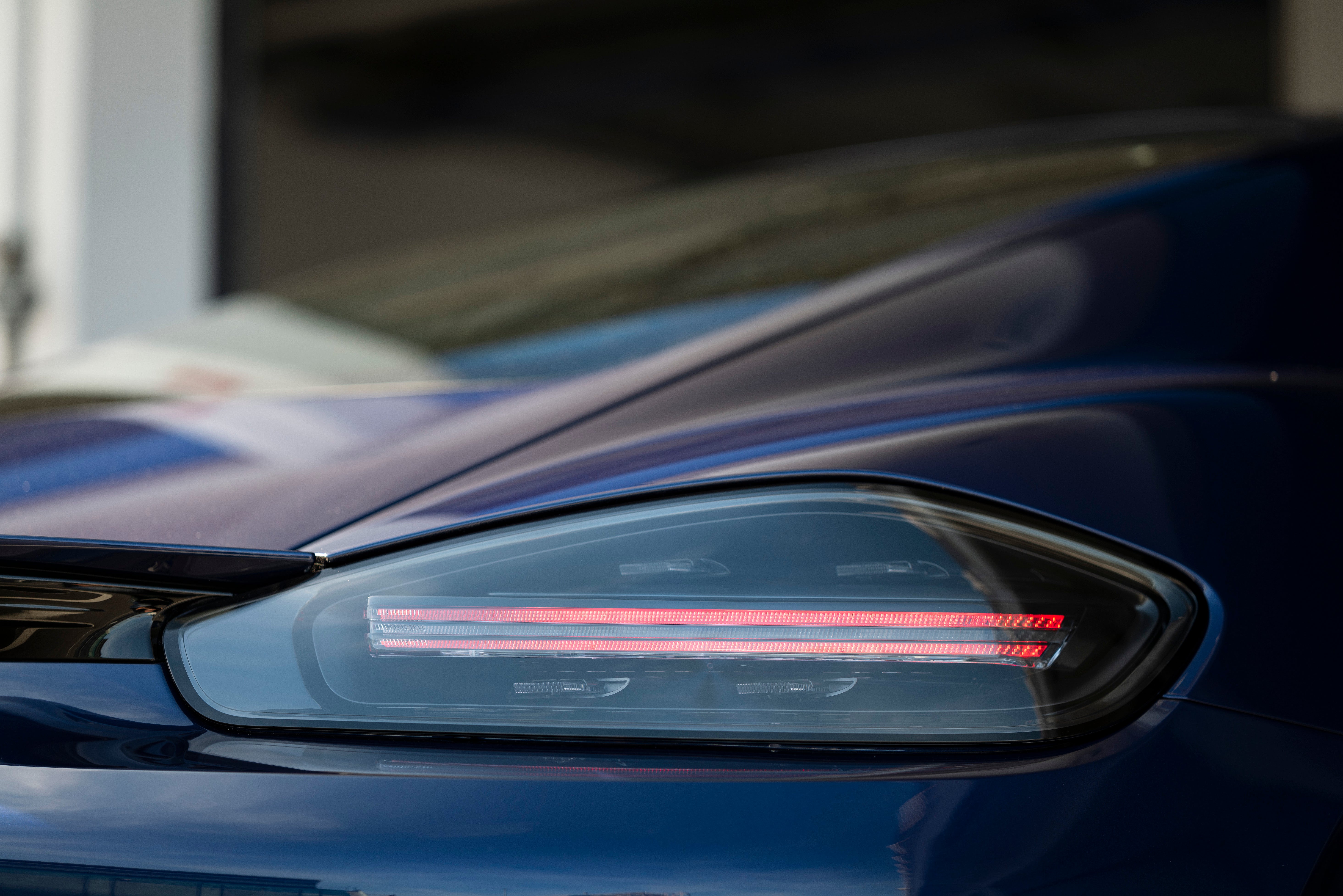 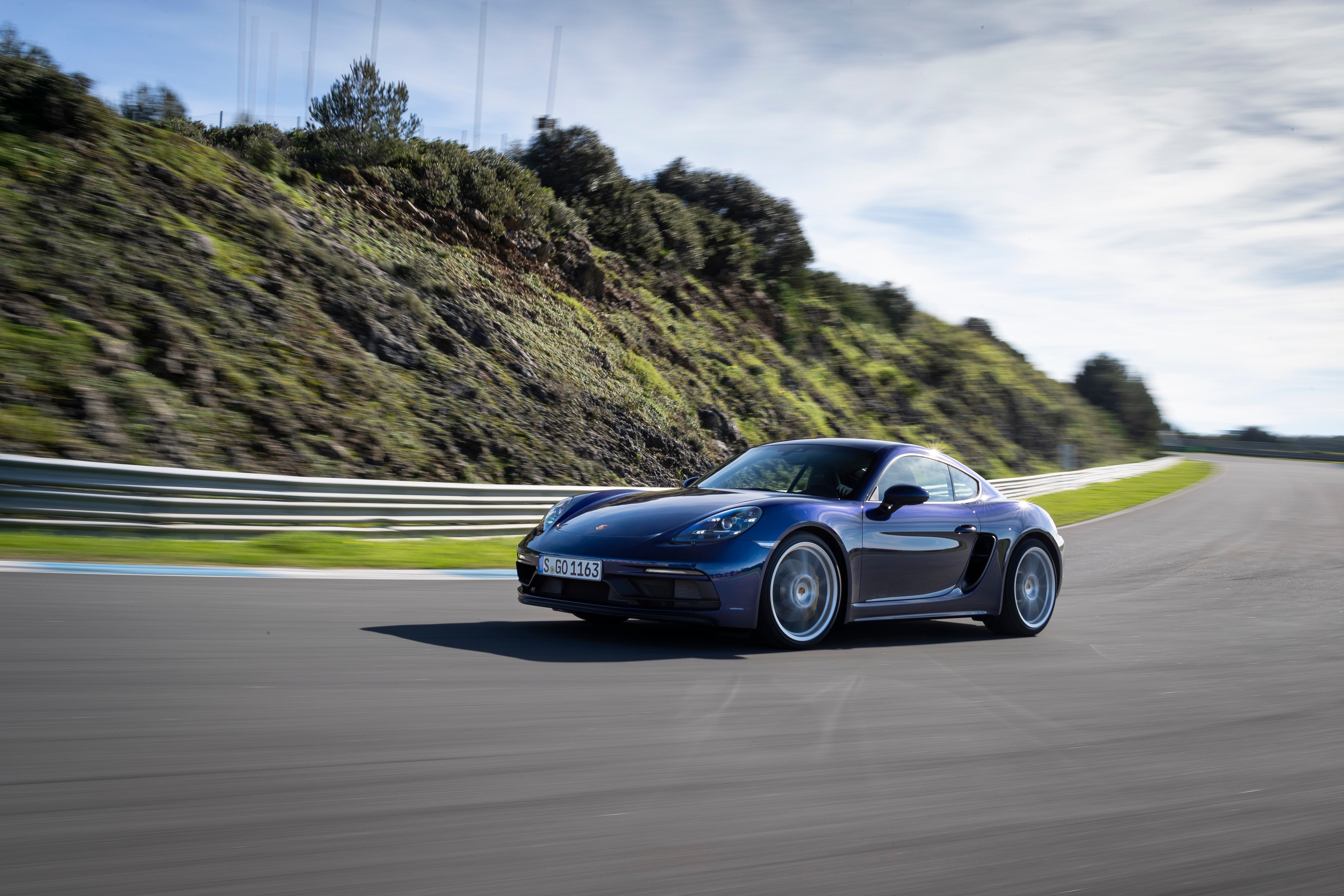 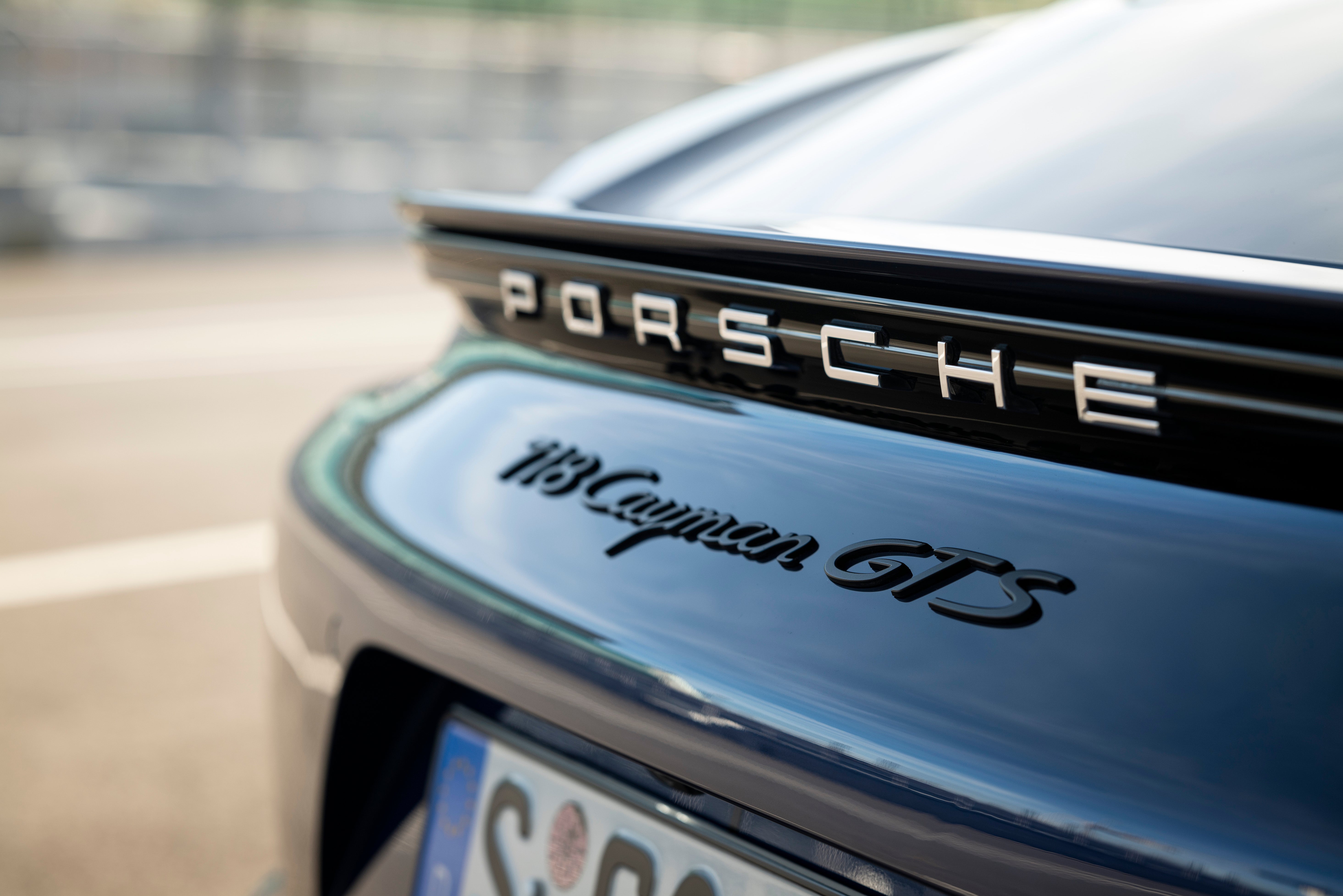 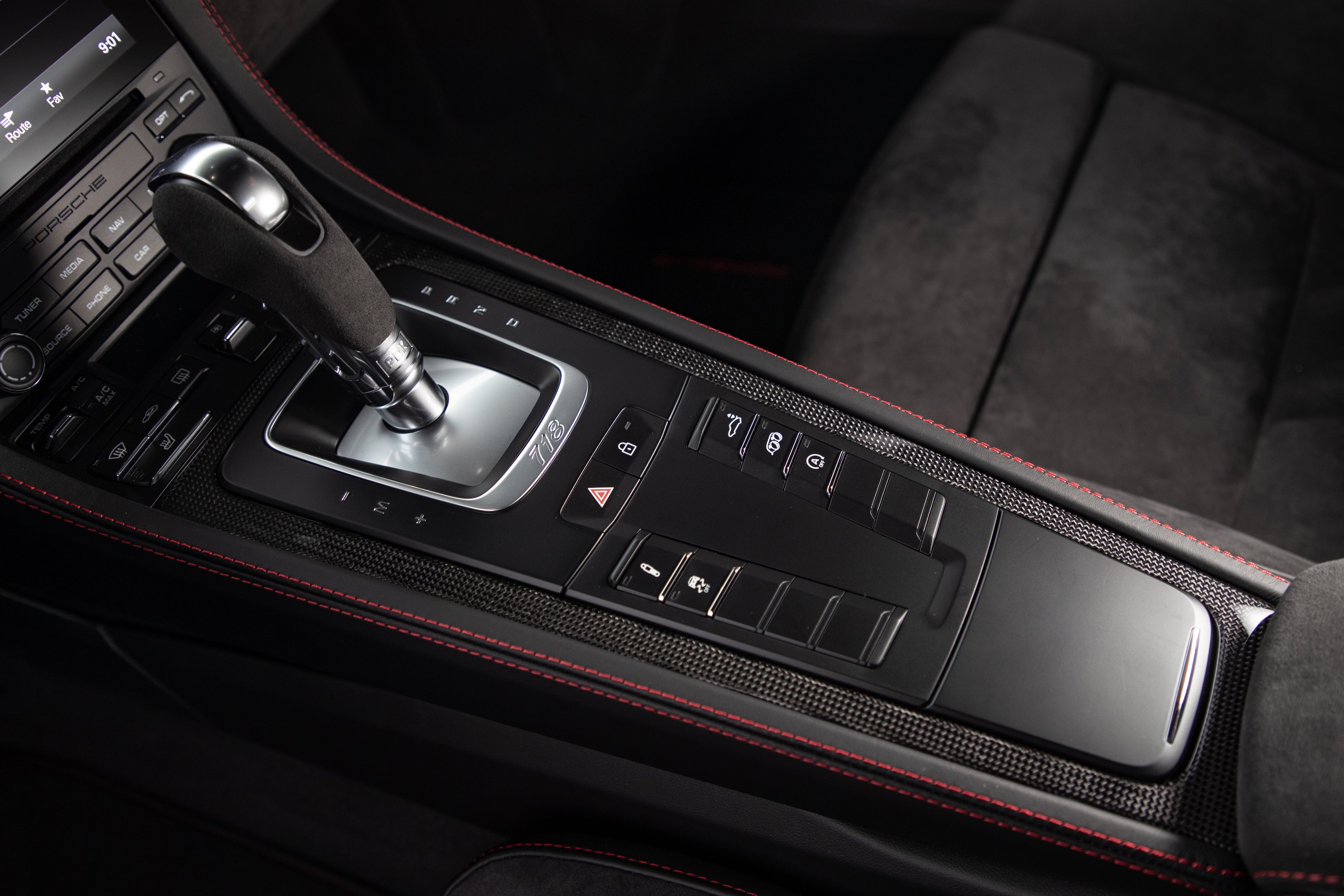 I know, I know. But just stay with me for a sec—I promise not to lament the loss of hydraulic steering.

Time with the new GTS is like if you stepped into the kitchen for lunch and every day, a perfect sandwich awaited you, impeccable on the countertop. Great, right? But some part of you—some itsy-bitsy part of you, buried deep in the most fortified part of the subconscious, reserved specifically for doubt and self-judgment—knows you didn’t make that sandwich.

The GTS’s faultless poise is a given, not something you have to earn. Flick the steering wheel paddles, push too hard, don’t push enough—it doesn’t matter. You’re still really, really fast. In fact, this is one of its bigger selling points. So if you want to buy the "perfect" Porsche, go ahead and do it. Sports cars don’t come much more capable than this at any price. 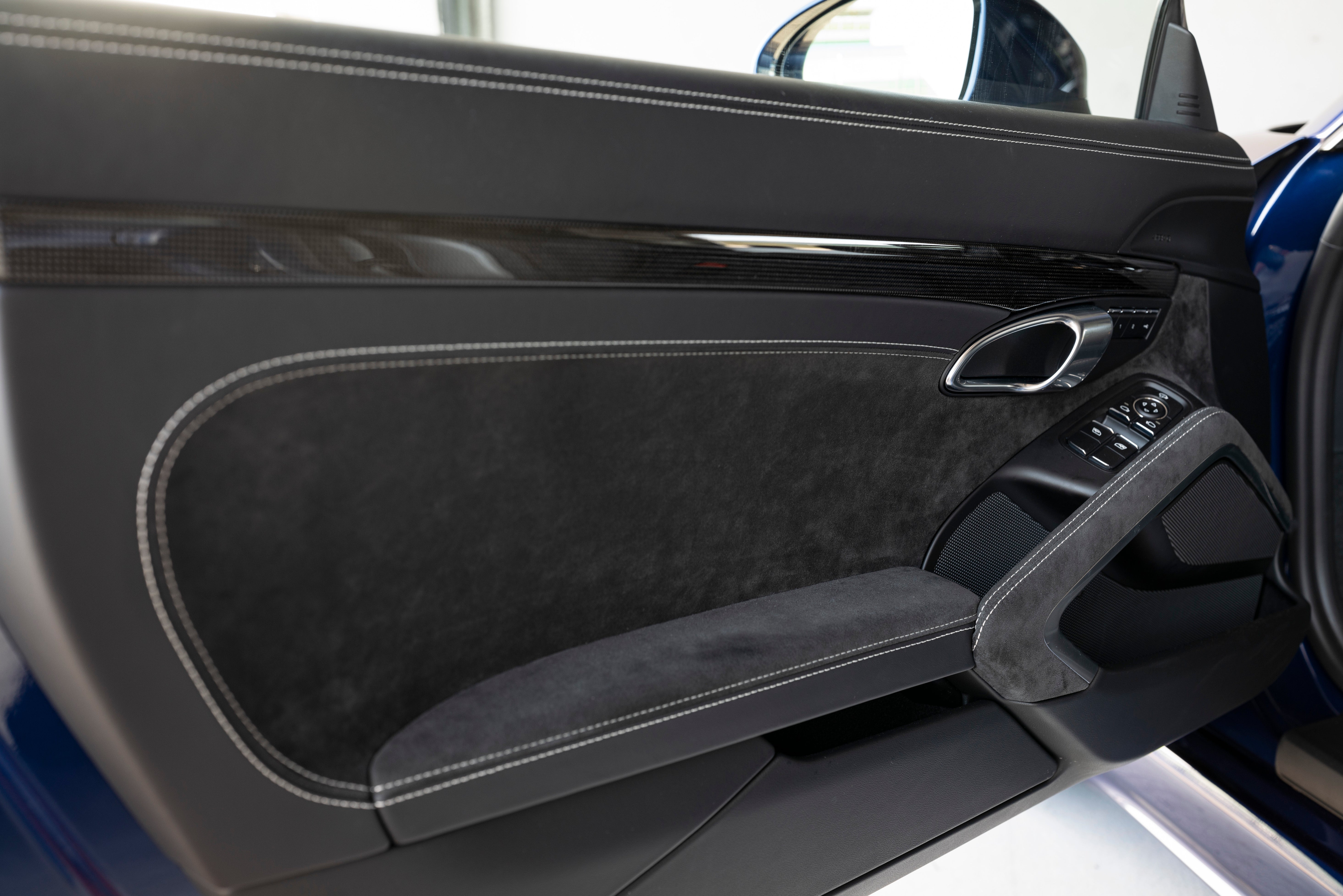 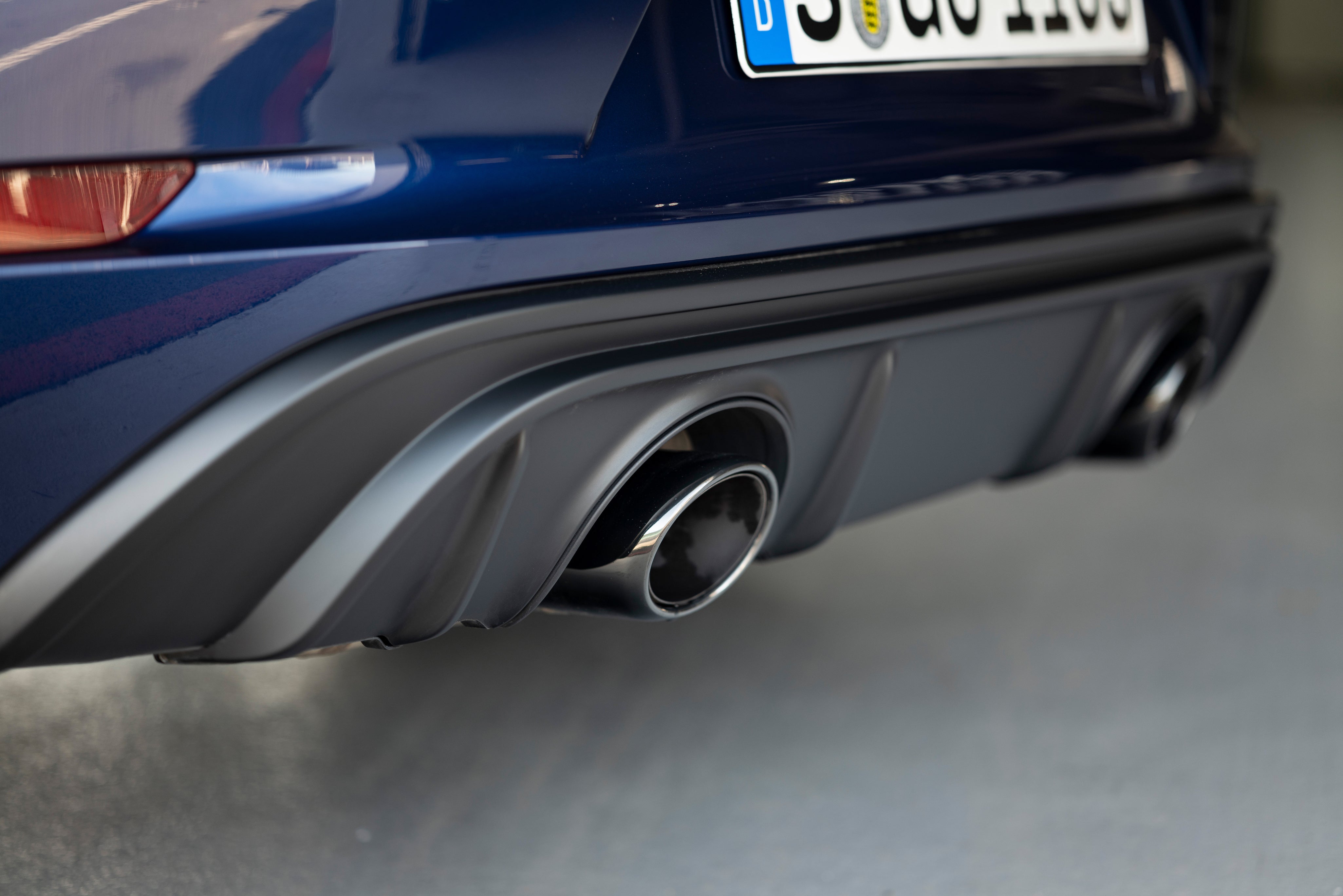 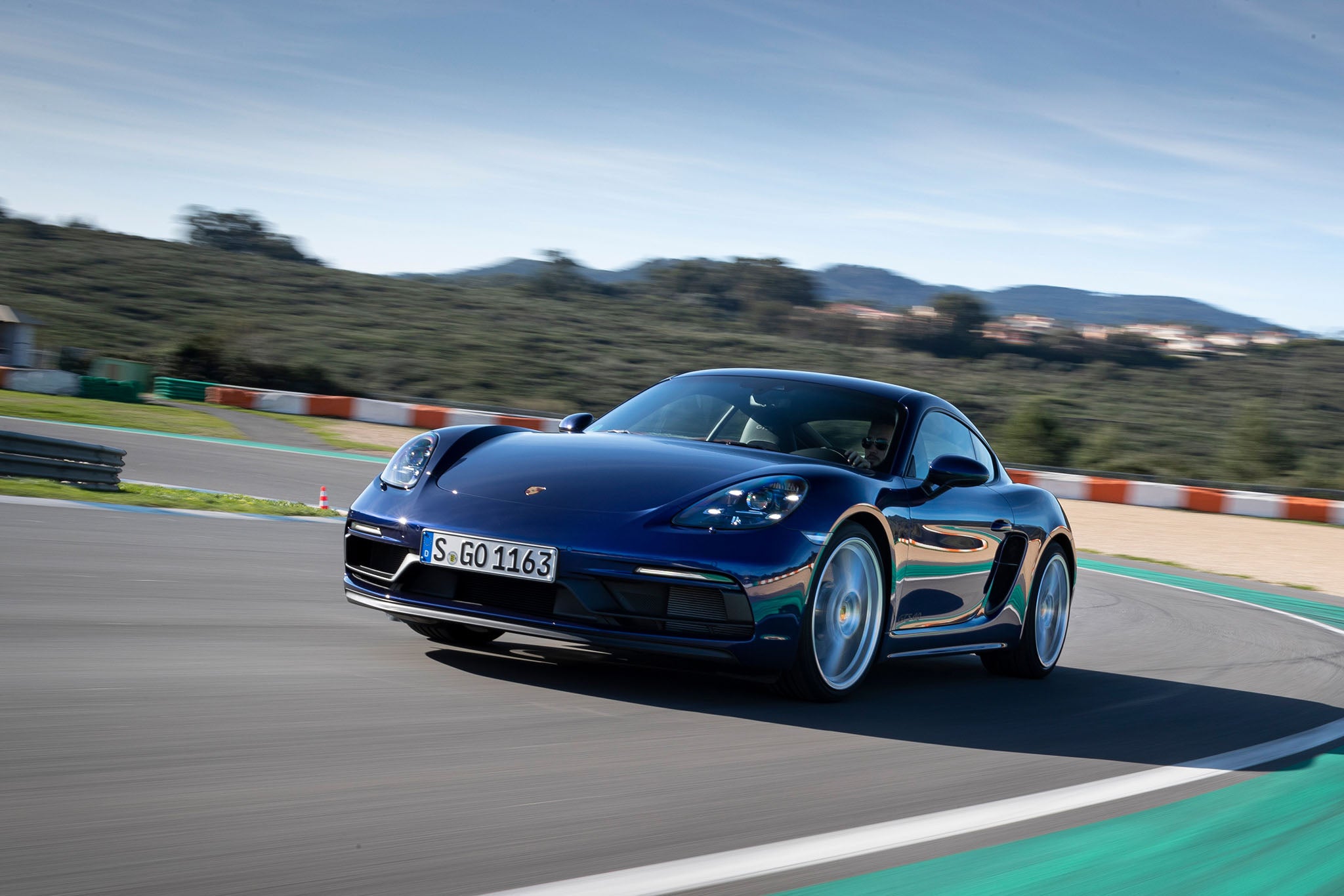 But if you want to be a big baby like me and somehow complain about how technology has made contemporary performance cars more capable than ever, then find a 997-era GTS and move on.