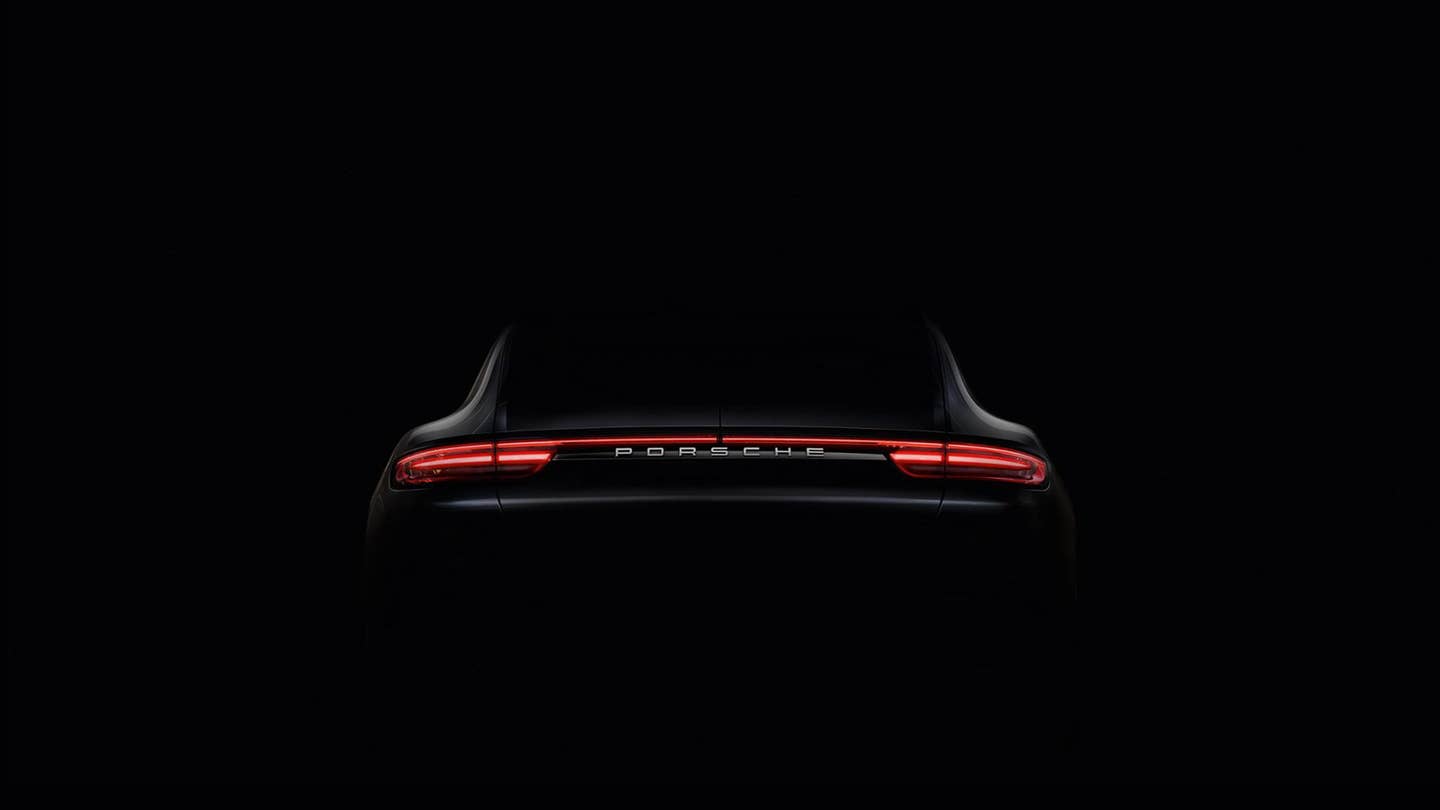 Porsche released word today that the new Panamera would be revealed in Berlin on June 28, along with the first official picture of the second-generation car. And as if to quell concerns that the car might follow in the tradition of the original model, Porsche made sure the world's inaugural look at the car was a shot of its toned and sculpted derrière.

It's hard to make out too many details in the shadowy shot, but there's enough there to make clear that the 2017 Porsche Panamera will be a stylistic break from its awkwardly-assed predecessor. The taillamps are thinner, with the same horizontal light bridge found on AWD 911 Carreras and Targas. The hips curve out more. The trunk lid seems wider. And the tail seems to be more squat and powerful overall, a pleasant contrast to the Jelly Belly tail of the current car. (Porsche also released a design sketch of the car's profile, which you can see below.)

Thanks to a slow drip of information about the car that's been making its way onto the web, we already know that the new Panamera Turbo should be capable of lapping the Nürburgring Nordschleife as quickly as the Carrera GT. We know that it would come with a range of other engines, from a turbocharged V6 to an electrically-turbocharged diesel eight-pot making more than 660 lb-ft of torque. We know it would come with an eight-speed PDK gearbox, and we know it will use the same 48V electromechanical active handling system found on the Bentley Bentayaga. Porsche's new site for the Panamera adds that the car will offer launch control, rear axle steering, and a sport exhaust, as well as the Porsche Connect Plus suite of infotaiment systems. The latter of which we hope you'll forget all about when lapping the 'Ring in less than eight minutes.

Porsche also released a short teaser video for the new Panamera, which features exactly two blurry shots of the car that reveal nothing except that it has headlights. It does feature a lot of shots of a Distinguished Gentleman wandering, I Am Legend-like, along mysteriously empty roads surrounding New York's Grand Central Terminal, though.