Sedans aren’t dead yet—in fact, competition is yielding strong products. Ask us stuff about this one. 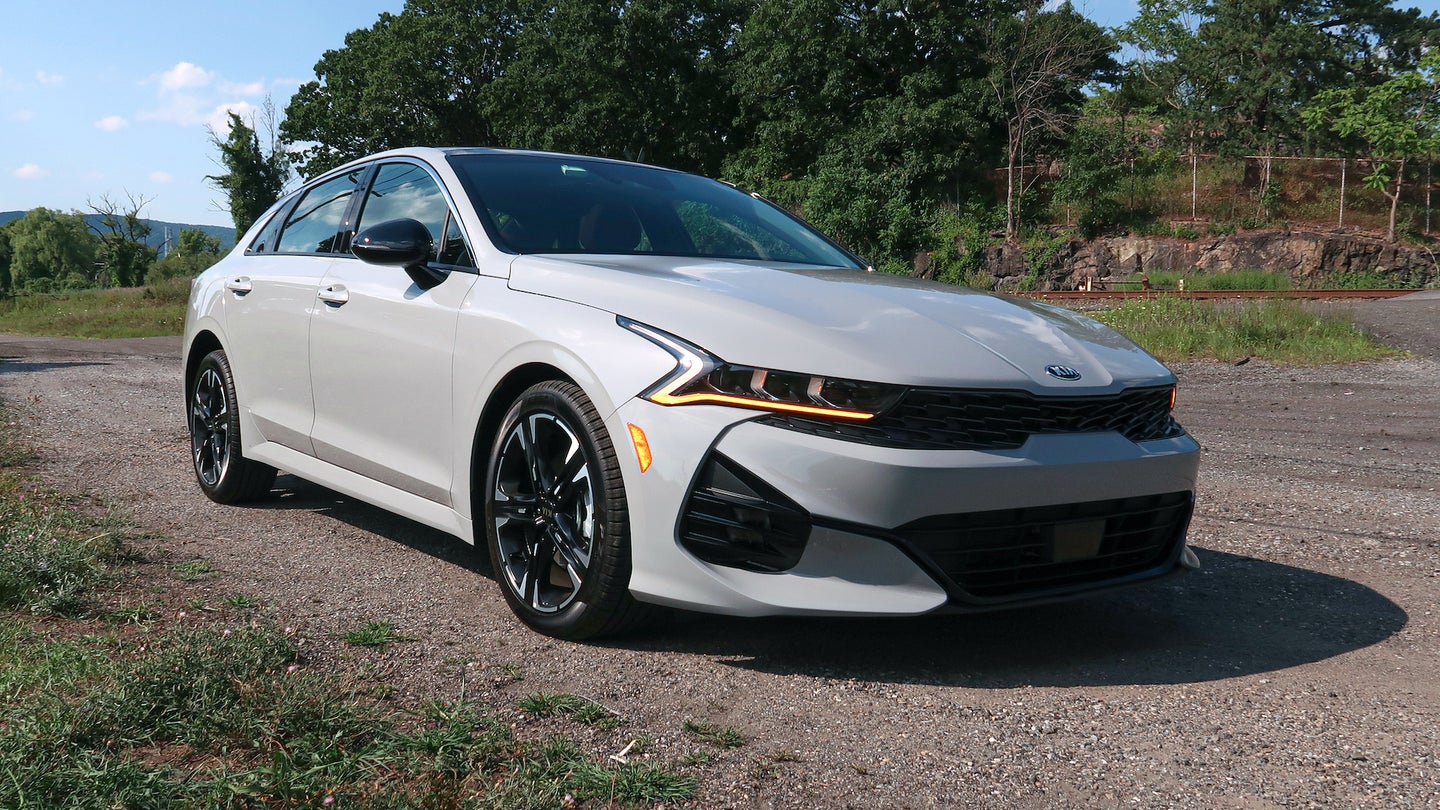 To me, a K5 will always be a Chevy Blazer, but fine. Now the K5 is a mid-size sedan from Kia that we in North America knew as the Optima, although it's been K5 in Korea for a bit.  Don't get hung up on that. Just know that the new K5 is built on an all-new platform. It's longer, lower, and wider than the outgoing Optima, and if engineers' multi-load path calculations are correct, it should be safer as well.

I've got the K5 EX and GT-Line on 48-hour loan, and I'm already impressed with their ride quality, chassis dynamics, and the punchiness of the 1.6-liter turbocharged four they share. I'm also taken by the way Kia keeps pushing the envelope on their "$30,000 Audi" narrative. Both models feel closer in refinement to the German sports-sedan ideal than the previous Optima, which felt just a little more than the one before that, and so on. Kia says the new platform gives the K5 higher torsional rigidity than the Optima. I can't twist it myself, so we'll have to take their word for that one.

The GT-Line, like Audi's S-Line, adds sporty touches without going full-on sport tune; the EX is the luxury model, which includes Bose premium audio and navigation with 10.25" touchscreen. Of course, I'm still waiting for the full-on GT with the 290-horsepower and 311 pounds-feet 2.5-liter four, dual-clutch transmission and Sport+ mode. Maybe next time.

Yeah, it's just a mid-sized sedan, but competition is driving automakers who battle it out in that space to come up with some very clever, appealing products. What do you want to know about these?