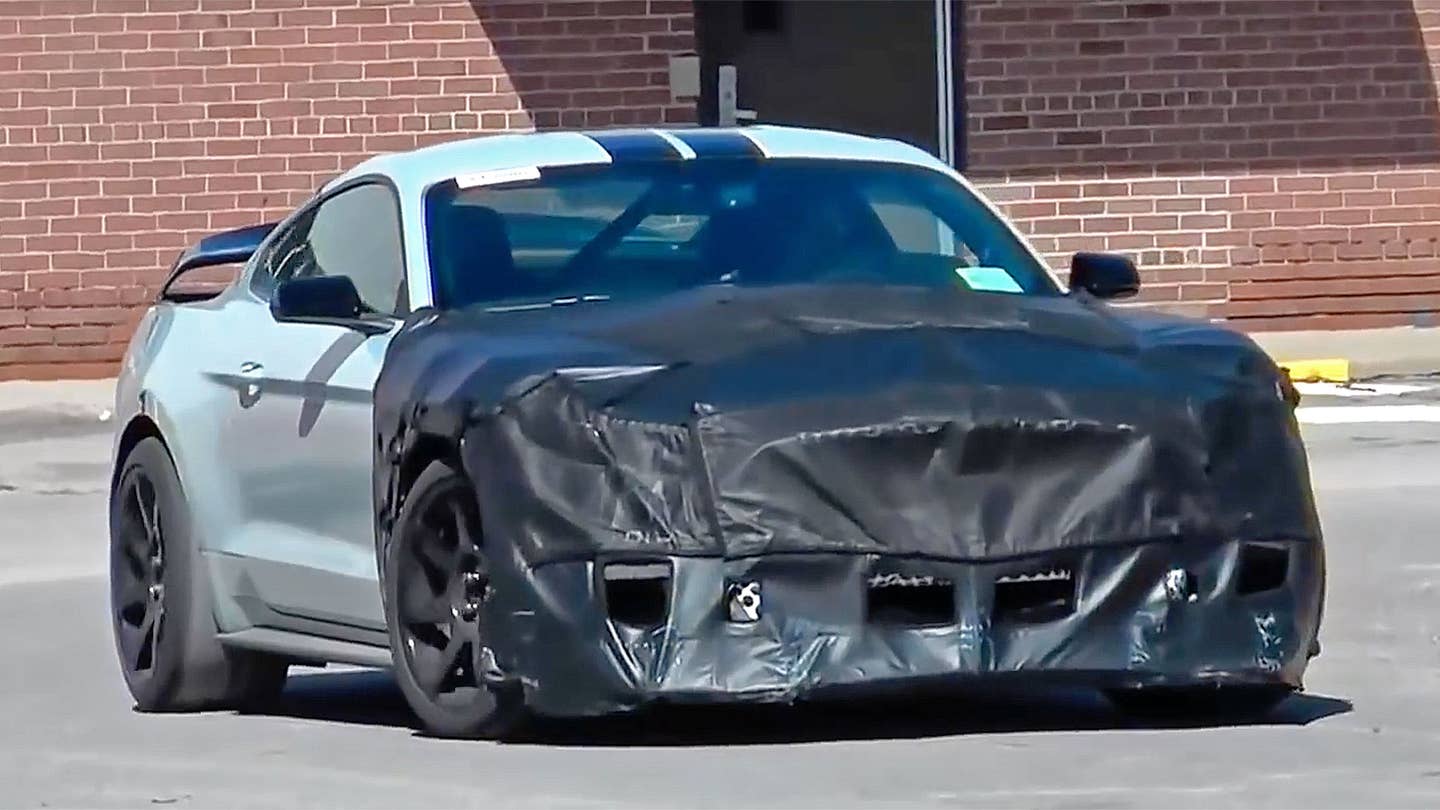 Do us a favor, right now: Open a new browser window (it’s very important to us that you keep this one open, FWIW), type “gt500” into Google, and hit return. Assuming Ford hasn’t already covered its tracks, one of the first results should read “2017 Ford Mustang Shelby GT 500 | The Cobra of Performance Cars …”

Yup, you read that right. 2017 Ford Mustang Shelby GT500. As in, a car that Ford hasn’t officially announced yet.

It’s been more less an open secret that Ford is hard at work on a new Shelby GT500; prototypes wearing varying amounts of camouflage have been spotted multiple times in the wild over the last year But most of the motoring world was operating under the assumption that the new GT500 would be a 2018 model year vehicle, not a 2017 model. That model year suggests the new car will be arriving fairly soon...which we’ll touch more on in a second.

Clicking on the link itself simply redirects users to the basic Mustang info page on the Ford website. If we had to guess—and we don’t, but we get a kick out of it, so what the hey—we’d hypothesize that Ford has built a new site for the upcoming Shelby and hidden it away so that it can’t be seen by public eyes—but the little “spiders” Google uses to find website tickled the hyperlink out of Ford’s servers anyway.

Diving into the page’s source code reveals a couple other potential details about the car—most intriguingly, a potential clue about its engine. Tucked away amongst the keywords Ford has chosen to attach to the page is the phrase “Shelby GT500 5.8L V8 engine.” Now, Ford fanatics who’ve been taking their gingko biloba will recall that the previous Ford-made GT500 also used a 5.8-liter supercharged V8, which, much like the first atomic bomb, was code-named “Trinity.” Which seems like an apt comparison, considering it made a stunning (for 2011) 661 horsepower and 631 lb.-ft. Of torque. Most recent reports have suggested the new GT500 would use a turbocharged motor, either based on the Mustang GT’s 5.0-liter engine or the GT350’s angry 5.2-liter V8; however, assuming this chunk of code isn’t just a placeholder, it suggests Ford may be bringing the Trinity back to open a can of whoop-ass on the Hellcat. (No matter the engine, we fully expect the new Ford to at least match the Mopar’s 707 horsepower output, if not beat it by a few ponies for good measure.)

Rumors have been quietly percolating that Ford may have some sort of new Mustang to reveal at the 2017 North American International Auto Show in Detroit next month. Considering this latest Google result...it seems pretty damn likely that the Blue Oval will be showing off one stupidly powerful Shelby.