When the tree that provided the wood sprouted, Louis XIV was in a robe, eating suckling pig. 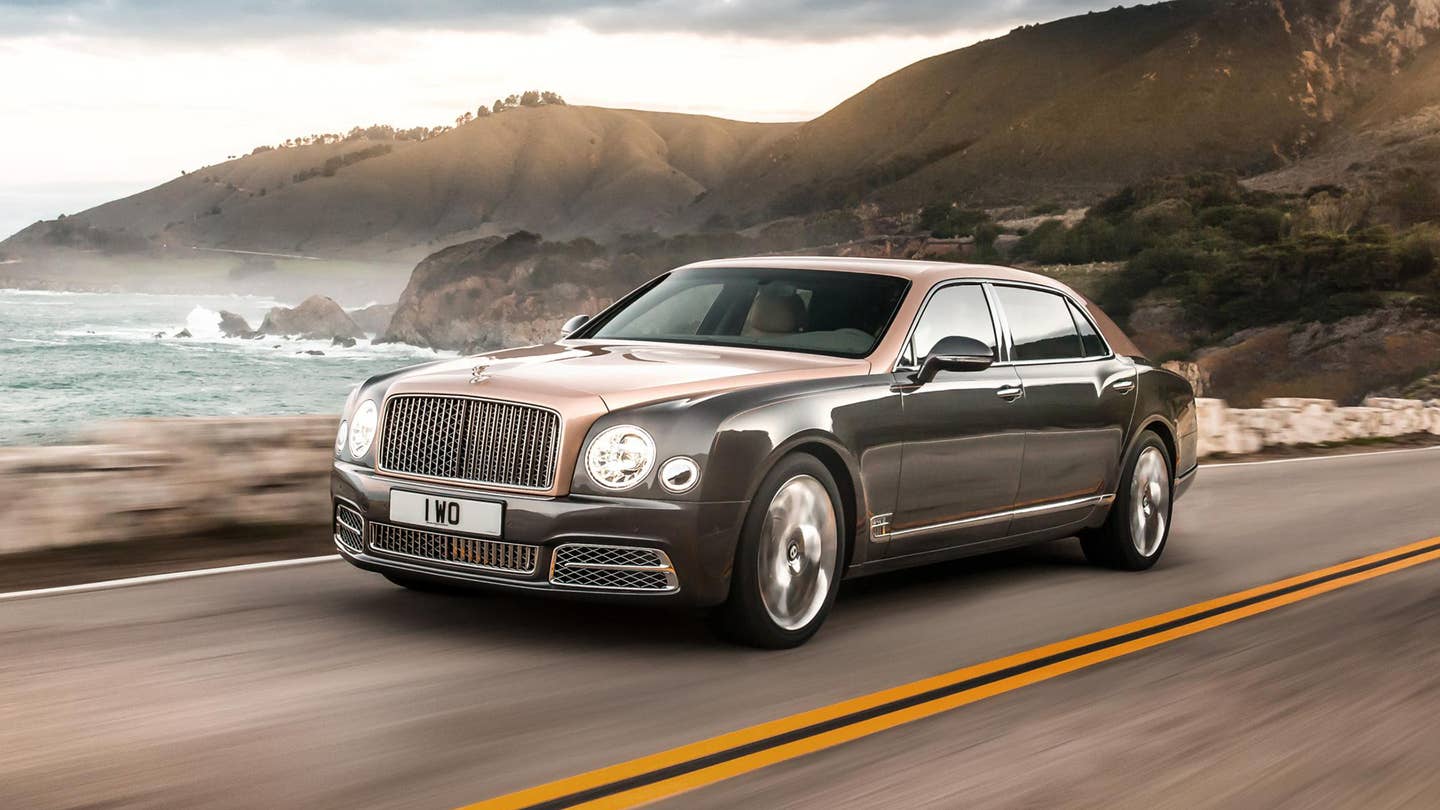 Not that the Bentley Mulsanne is chasing any trends—she is a queenly limousine, motoring above the tides of popular fashion—but the boffins, blokes, gaffers, and guv'nors at Crewe have bequeathed the dame with a new set of duds all the same. The new Mulsanne will come in three guises: regular (as in, the royal family regularly retires to Windsor Castle), Speed (as in, Speed, Alastair, you know I have personal sovereignty!) and Extended Wheelbase (as in, I haven't been uncomfortable before, and I'm not starting now). A new nose sports slightly lowered—though still humungous—headlights and a wider grill, but as usual much of the flavor is in the filling: the interior.

In all Extended examples of the First Edition, or the first 50 of the updated Mulsannes produced, the interior will be trimmed in walnut veneer sourced from a 350-year old tree. Yes, three-and-a-half-century-old wood. When the seeds that germinated the tree that will help create a new Mulsanne dashboard first sprouted, America was a colony, blood-letting was current medical science, and Louis XIV was strutting around Versailles in high heels with a bit of pheasant fat dripping from his chins. In 2007, heavy winds knocked down England's third oldest tree, the Fulbeck Walnut. (They like to name things in England.) The felled gargantuan yielded 43 tons of usable timber, of which Bentley bought a couple for "undisclosed prices." Now, some of the slabs make up tray tables.

As is typical in the automotive world, competition will arise. A mere 350 years old? Rolls-Royce will crow, as it installs slabs of petrified, Jurassic-era bog wood in its cars, while Cadillac secretly crushes up some of those South Dakota dinosaur bones to sprinkle in the headliner of the new CT6. Call us when Ferrari releases its mummy-skin seats.