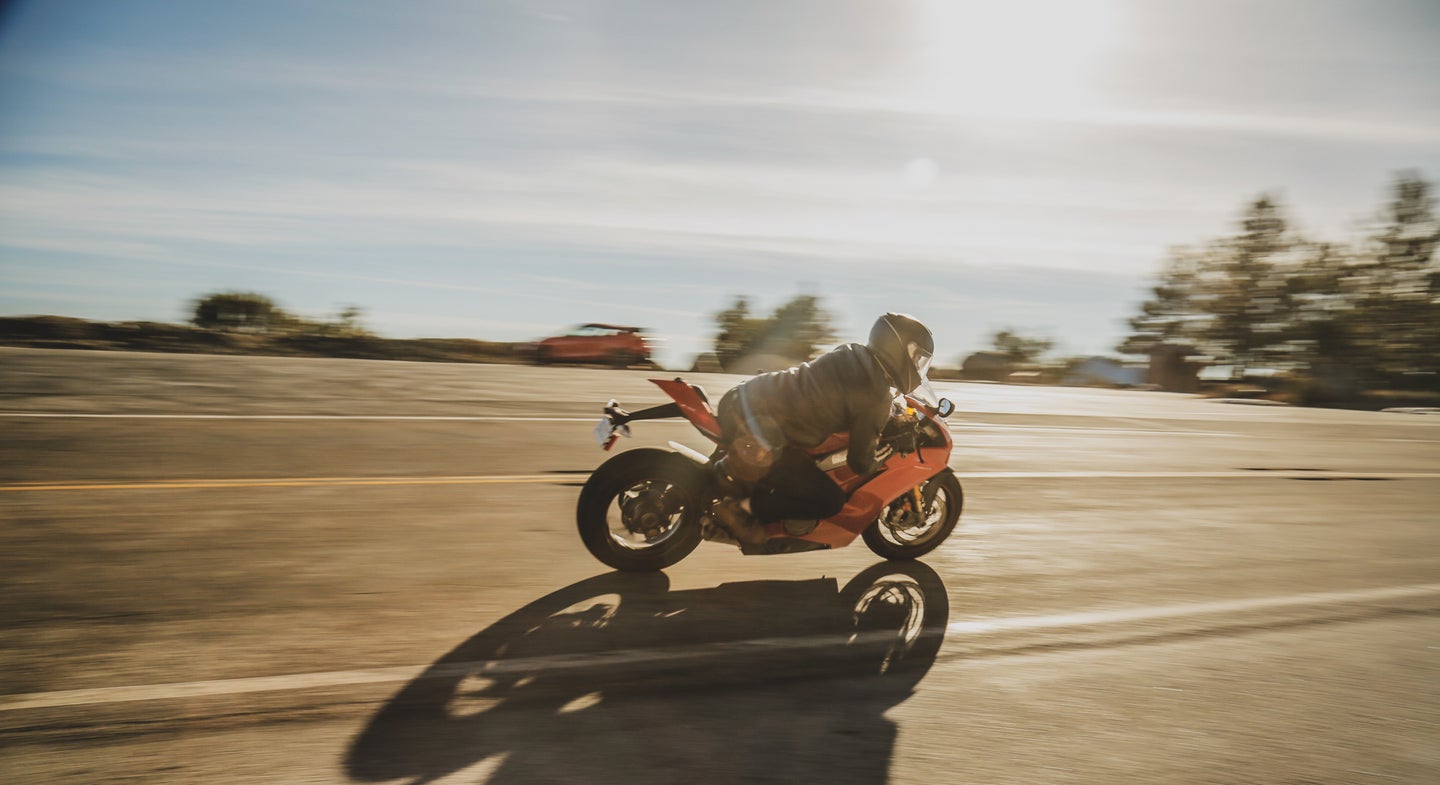 There are plenty of excellent and affordable motorcycles on the market today. Bikes like the Ducati Scrambler, the Husqvarna Svartpilen 401, and even the little Honda Grom comprise a democratizing motorcycle category. But let's pretend we can buy any motorcycle we want.

So what does the high-end motorcycle market look like today? It's as crowded with choices as the affordable market. Honda, Husqvarna, KTM, and Ducati each come in with stellar entries. Joining them at the very top end is a newish company called Arch Motorcycles, which was co-founded by a gentleman named Keanu.

When the question What motorcycle should I buy? comes up in polite conversation, our answer usually involves jumping up and down and screaming about Husqvarna’s Vitpilen 701. The pint-sized, cafe-style motorcycle is a rare wonder in the motorcycling world—mostly because it hits both novice and veteran riders right in the sweet spot.

The Vitpilen 701’s steel trellis frame houses the motorcycle’s 692-cc single-cylinder engine and delivers 77 horsepower to riders. That may not sound like much compared to the outputs of the other motorcycles on this list, but 77 horsepower is more than enough for the Vitpilen 701's 346-pound curb weight.

Due to its compact design, behind the Vitpilen 701’s bars, the rider is treated to the sensation of flying as the entire motorcycle all-but disappears beneath you. You will not find a more tractable and easily exploitable motorcycle available today. After you ride one, you’ll be thinking about it for years to come, so you might as well just buy one.

Though we weren't in the engineering meeting for the Honda Africa Twin CRF1000L, we’re confident Honda’s conceit was to build the Ford Raptor of the motorcycling world. The company delivered.

Atop the Africa Twin, with its nearly 10-inches of suspension travel, hard-mounted skid plate, knobby tires, and excellent 998cc engine developing 94 horsepower, anyone can leave say adios to reality, civilization, and worry and leave a cloud of dust, snow, and gravel in their wake. If you believe that part of life is sacrificing purely sensible decisions in order to make better memories, consider this machine.

Whereas full-fairing superbikes are pin-point accurate sniper rifles, KTM’s naked 1290 Super Duke R street-fighter is a 120mm howitzer that revels in wanton destruction. This is a motorcycle for laying waste to the tarmac and your once-clean underpants.

Under your right handle sits a throttle linkage capable of delivering 177 horsepower and 104 pound-feet of wheelie-inducing torque. You may try to lightly twist the throttle, but there is no escape from the addictive onslaught of the Super Duke R’s 1,301cc V-Twin, at least when you’ve turned off its anti-wheelie control.

Yet, while the KTM 1290 Super Duke R carries the heart of a bare-knuckle boxer or MMA champ, its upright seating position makes the experience rather comfortable. You could, with some very heavy discretionary use of the throttle, even use it for commuting. We, however, don’t believe there’s a rider alive that’s up to the task of reigning in the 1290 Super Duke R’s more ludicrous predilections. We’ve tried. We’ve failed.

In an era where researchers are developing Artificial Intelligence and articles contemplate what AI could mean for human sexual relationships, leave it to the Italians to create the first machine that could end the need for person-to-person intercourse. Presenting, the Ducati Panigale V4 S.

The Panigale V4 S is Ducati’s latest and greatest Panigale superbike and is the first in the company's history to forgo its V-Twin architecture for a new V4 engine. The motor delivers 214 horsepower to the rider’s right grip and when fully unleashed, causes spontaneous bouts of provocative and expletive-laden lamentations.

Though the Ducati V4 S costs about the same as a brand-new Honda Accord — which seats five people comfortably, returns stellar gas mileage, and has a 5-star safety rating — it is the sort of once-in-a-lifetime machine that if you pass up the opportunity to ride or buy one, you’ll hate yourself until your deathbed.

The pair wanted an American motorcycle stripped of all the niceties and creature comforts that have begun to plague the industry. A motorcycle that reunited the rider with what motorcycling used to entail; freedom. And do so to the utmost quality the two could offer. Thus, the KRGT-1 was born.

Centered around an S&S-built 2,032cc V-Twin engine, the KRGT-1 uses a bespoke frame, machined billet-aluminum fuel tank, Ohlins front and rear shocks with proprietary dampening, ISR brakes, and carbon fiber wheels. Each Arch-built KRGT-1 is tailored to its rider’s dimensions and personality. This attention to detail and the customer’s wants offers a truly bespoke experience and a more valid rationale behind its $78,000 price tag.

Once you get behind the bars, you’ll never forget the vibration of the KRGT-1's big V-Twin between your legs, nor the immeasurably comfortable seat, and the way this motorcycle turns heads. It's worth the admission price.

Now that we’ve gone through this list, does anyone have an idea how we can get a lot of money quickly?