We know you like to live on the edge, so let us take you through the ins and outs of buying vehicles with rebuilt titles 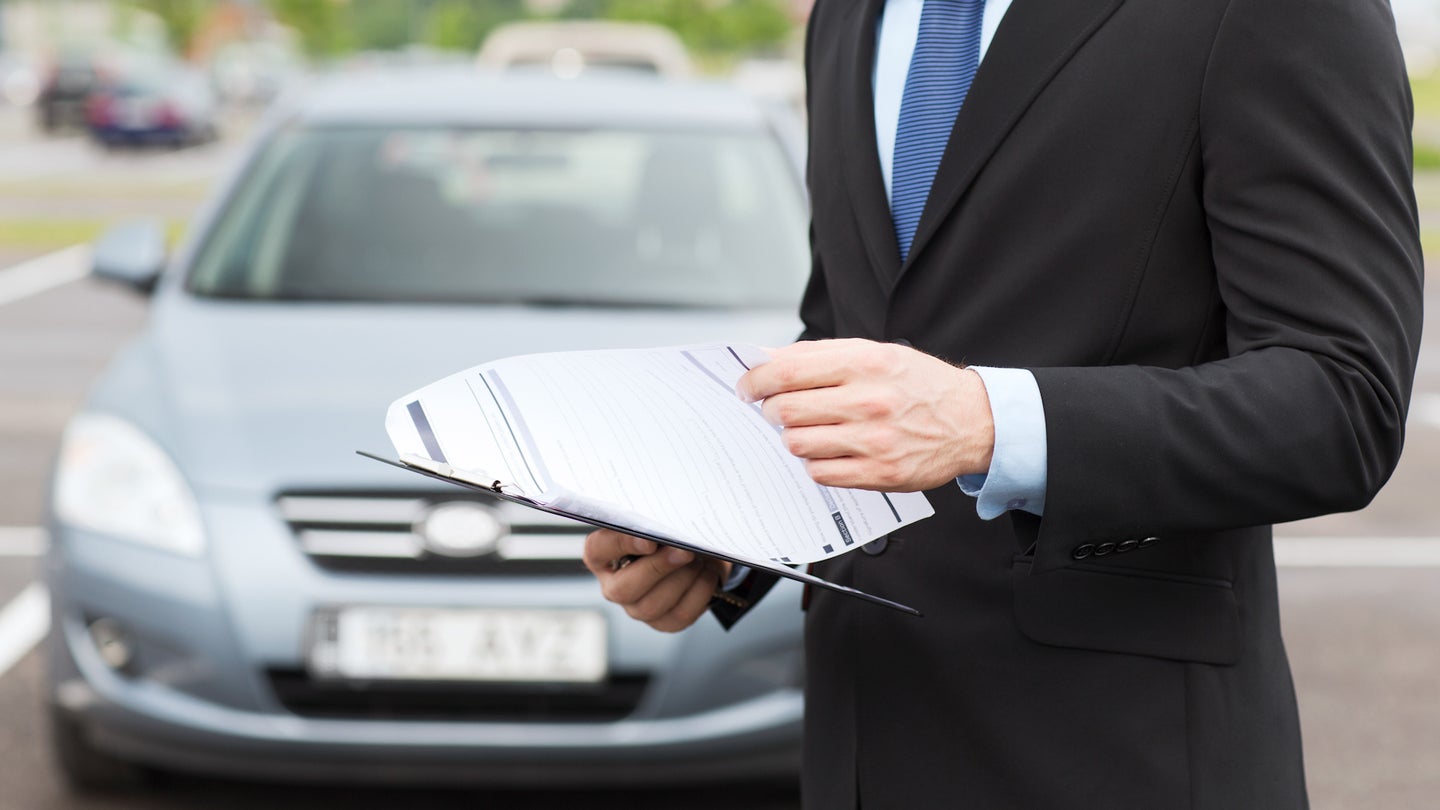 We all want to save money buying a used car, but what if you don’t have the time or wherewithal to shop dealer sales ads and haggle over money? Well, you can try your hand at Craigslist, but likely won’t be any easier. Another, less well-known, method of getting a cheap used car is to shop for one with a rebuilt title.

We’re not talking about the smashed up, jaws-of-life-mangled wrecks down at your local pull-a-part. We’re talking about professionally repaired and driveable vehicles. That sounds like a good deal but there are bad actors out there, and, more likely, there are people who just don’t know what they are doing.

The Drive’s info team has spent plenty of time browsing the rebuilt sales ads to know a thing or two about what’s good and bad in the world of “unclean titles.” Let us take you through the finer points of buying vehicles from all corners of the internet and the automotive world, so let us help you avoid costly mistakes and heartbreak by buying a lemon.

What To Know About Buying, Owning, And Selling a Car With a Rebuilt Title

Before you head down to Don’s Used Cars! to pick out your freshly rebuilt automobile, you should keep in mind that there are a few extra steps involved with buying, owning, and even selling a car with a rebuilt title.

You may only save money on the purchase price. Buying a rebuilt car is certainly cheaper than buying one with a clean title, but that’s only part of the story. Vehicles with rebuilt titles can have all sorts of other issues that come with buying something that was previously wrecked. Just be prepared to spend money on repairs.

Get the paperwork. How was the car wrecked? How badly? Who repaired it? How was it cared for prior to being crashed? These are all important questions that need to be answered before you fork over the cash to drive your new-to-you car home.

Get an inspection. We shouldn’t need to yell at you about this, but more than a few people get suckered into buying a bad car that has a clean title, much less a rebuilt title.

Depending on your bank, there may not be an option to get a loan for a vehicle with a rebuilt title. It’s true that cars are depreciating assets, but your bank will want to know that the vehicle will be worth something if you default.

Some insurance companies refuse to insure vehicles with rebuilt titles because, in some cases, they haven’t been rebuilt to the standards that a new car might have. Safety and other vehicle systems might malfunction, or worse, cause another wreck. Your insurance company doesn’t want to be a part of that mess. Check with your carrier before buying.

You’ll have to do a significant amount of hand-holding when you sell the car. You might have done your research and understood what you were getting into when buying a rebuilt car, but the next buyer might not be so confident. Be prepared to spend time walking a prospective buyer through the ins and outs of the car you’re trying to unload.

Now that you know what to look for when shopping for cars with rebuilt titles, let’s get into the meanings of some of the more common terms in the space. Keep in mind that different states sometimes use different language to describe the same thing—imagine that. Even so, the basic concepts are generally the same across the country.

A vehicle with a rebuilt title was, at one point, considered to be a salvage title vehicle. It has been repaired or otherwise changed to make it safe, legal, and roadworthy.

A vehicle with a salvage title has not yet been repaired or changed to make it safe and roadworthy. These vehicles can still be purchased but will require effort and money to make them usable.

Though we haven’t spent much time discussing financing here, a clean titled vehicle usually refers to one that is free of liens, loans, leases, and anything that would cause a salvage or rebuilt title to be applied.

This term refers to a pre-purchase inspection by a trustworthy, reputable mechanic. This is a shop, independent of the seller, that you trust will accurately alert you to issues that aren’t immediately visible or noticeable during a test drive.

FAQs About Buying a Car With a Rebuilt Title

Now that you know what to look for when buying vehicles with rebuilt titles, let’s clear up any remaining mysteries on the topic. You’ve got questions, The Drive has answers!

Q. What Exactly Does a Rebuilt Title Mean?

A. We keep using the terms “wreck” and “crash” to describe cars with rebuilt titles, but the reality is that it can mean that one of quite a few different things happened:

Some states have different laws on what a rebuilt title actually means, so take the time to understand what you’re getting into.

Q. Are All Cars With Rebuilt Titles Bad?

A. Absolutely not. Though they’ve seen more action than a car with a clean title, there’s no reason to write a rebuilt-titled car off for just that reason alone. Just get an inspection and make sure you understand what you’re getting into, and everyone will be happier in the end.

Q. Ok, So What’s the Difference Between a Rebuilt And a Salvage Title?

A. A salvage title refers to a vehicle that hasn’t yet been repaired to be roadworthy. It’s worth noting that some states, like New Jersey, don’t use the term “rebuilt title” and instead use “salvage title” to describe the whole deal, start to finish.

Q. Then How Does a Rebuilt Title Affect the Value Of My Vehicle?

A. In a word, negatively. Because there are so many negative connotations that surround wrecked and subsequently rebuilt vehicles, people are understandably nervous about shopping for them. The risks associated with owning one are probably overstated in most circumstances, but that’s enough to keep buyers away. Less demand means less money.

Everything You Should Know About Extended Car Warranties

The most important, money-saving information on vehicle service contracts.

What Is The Best Way To Sell My Used Car?