What Was The Most Boring Vehicle Of The Last 20 Years?

There have been over 500 models sold here in the USA from the Audi Allroad to the Volvo 960. Which one do you consider to be a rolling version of valium? 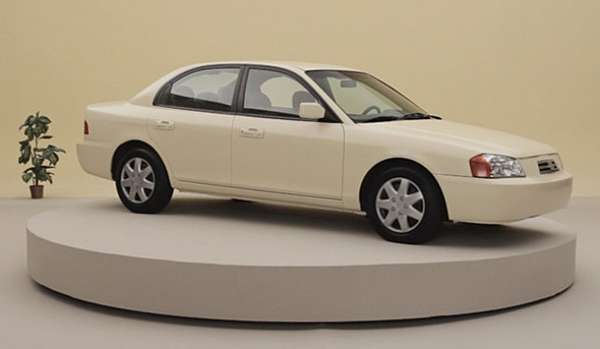 A fellow auctioneer friend of mine once got fired from his job for saying this about the 1998 Hyundai Accent.

"That! Ladies and gentlemen was the shittiest car in all of America until they came out with the Day-woo!"

The Hyundai was bare bones basic, as boring as C-SPAN at 3:30 A.M., and it had an industrial grade dashboard and steering wheel that almost felt like plastic dog chew toys as they aged.

But my friend whose real name is Kip was 113% right. That Hyundai was better than the Daewoo Nubira.

Daewoo also offered the Lanos and the Leganza. The Lanos was awfully loud and awfully awful while the Leganza was surprisingly nice.

But that Nubira. Ugh!!! It was like the 3rd World version of a Toyota Corolla. You couldn't put the key in and out without yawning in between.

There are plenty of other candidates. The Buick Century was pretty terrible in the 20th and 21st century. The Aveo had less oomph than a small band of Oompa Loompas, and the Dodge Stratus / Chrysler Sebring duo were the decontented king and queen of the mid-2000s. By the way, all of these vehicles were adorned with recycled plastic that gave them an olfactory smell as they aged. I still have nightmares about inspecting and appraising all this pre-bankruptcy Detroit cheapness.

But one car must be the most boring, because, well, it just has to be. So what would be your choice?