Should We Care If Car Companies Advertise on Fox News?

Fox News's reputation for massaging the truth and spreading right-wing propaganda is well-known. So what does it say when car companies still advertise on it? 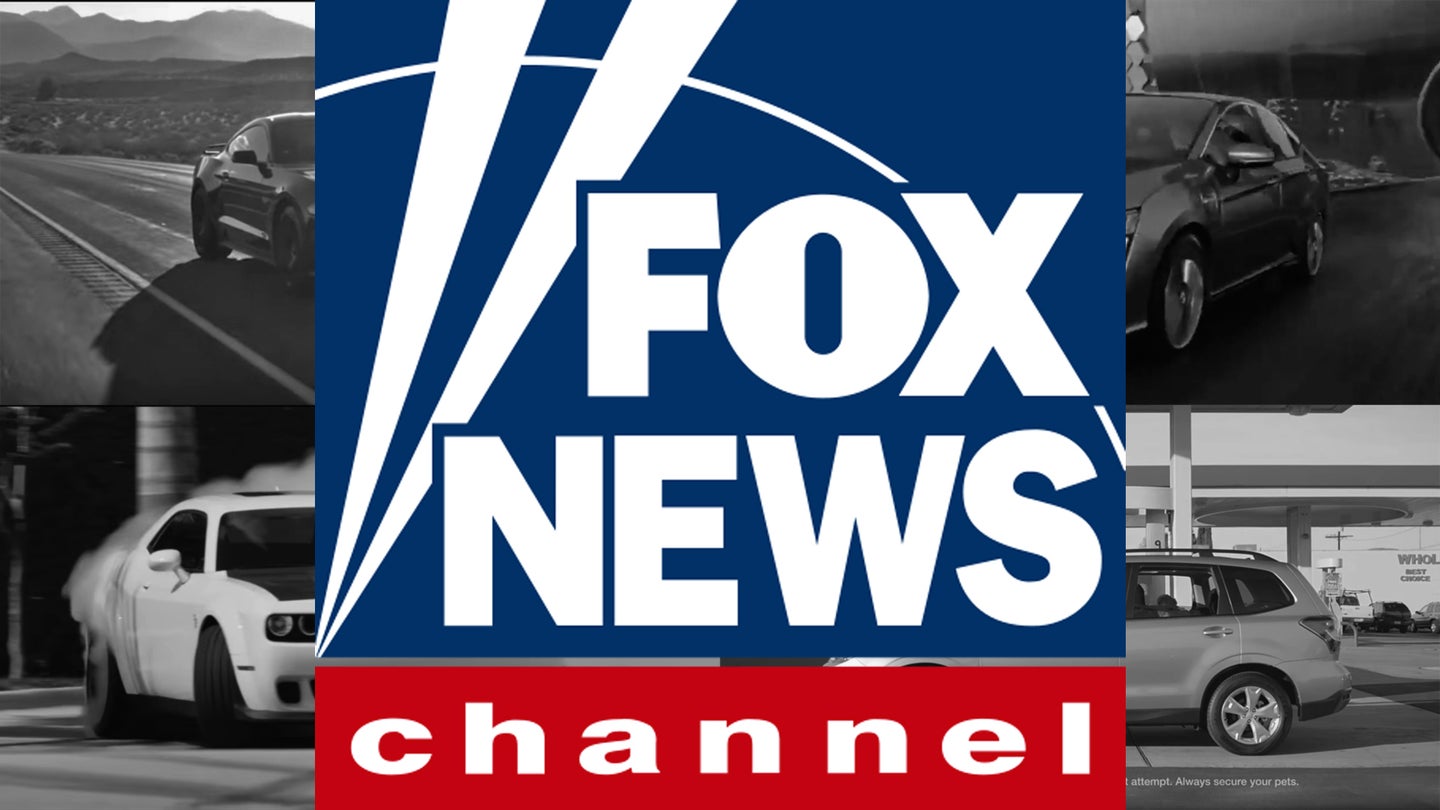 Six days from now, Americans across the country will make their biannual trek to their local polling places to cast their ballots in national elections. 2018 may be a midterm election year, but turnout is could rival that of the years when the presidency is up for grabs. To briefly go all Howard Beale, people are mad as hell, and they're not gonna take it anymore—so they're gonna be heard at the polls.

As anyone who didn't go comatose in 2015 knows, politics in this country have become polarized to a degree arguably not seen since before the Civil War. The wedge between right and left has been jammed down deep into practically everything nowadays, polarizing issues that once were left unmagnetized by the power of politics. The sources forcing this divide are many, stretching from corporations to religious groups, across all three branches of government and into the fourth estate. But there's one institution that has led the charge in many ways, for many years, when it comes to diluting the value of decency and truth in America: Fox News.

While complaints—legitimate or otherwise—can be made about the integrity and veracity of other well-known, highly-trafficked news sources, none walks the line between reputable media outlet and truth masseuse the way Fox News does.  As the non-profit Poynter Institute's PolitiFact PunditFact tracker points out, fully two-thirds of statements made on-air by personalities and guests on Fox, Fox News, and Fox Business fall into the three least-truthful categories—"Mostly False," "False," and "Pants on Fire"—on the organization's six-group scale. (CNN, by contrast, sees only 21 percent of its statements fall into those three least-truthful categories.)

Industry experts and late night hosts alike have long spoken out about the cable news network's one-sided, partisan nature that promotes Republican and conservative viewpoints while marginalizing opposing perspectives, even going so far as to engage in or promote outright lies to advance its agenda. Nowadays, though, even former employees (hell, even current employees) are speaking out about Fox News's descent into Trump-administration aggrandizing, right-wing propaganda pushing, and paranoia-spreading antics, all the while pushing the channel's content even further away from facts and truth.

But Fox News, like most media organizations out there, is only able to do what it does thanks to the money brought in from advertisers—and in the news network's case, those advertisers include a fair number of automakers. According to FoxNewsAdvertisers.com, a website dedicated to tracking the largest advertisers on Fox News, the third quarter of 2018 saw numerous car industry-affiliated brands supporting NewsCorp's 24-hour cable channel in one way or another. During those three months, Ford, Lincoln, Honda, Acura, Subaru, Dodge, Jeep, and Alfa Romeo all reportedly ranked among the top sponsors of shows on the channel (sponsors being those brands who have their ads or logos displayed along with an announcement along the lines of, "This program is brought to you by..."). Acura, Honda, Ford, and Lincoln all also reportedly ranked among the most frequent regular advertisers, along with Lexus, Buick, GMC, Lexus, and Chevrolet. And that's not to mention other brands and companies associated with the automotive world in less-direct ways: OnStar, Go RVing, Carvana, Progressive, Liberty Mutual, Allstate, and Esurance also all ranked among the list of top advertisers and sponsors.

Which brings me back to the question posed in the headline of this story: Should we care if car companies advertise on Fox News? Should we just acknowledge every corporation's duty to return profits to its shareholders while providing goods and services to its customers, and that they have the right to promote said goods and services in whatever way they consider most efficient? Or in an era when companies, like everything else in this balkanized society of 2018, are often making political statements with their brands and ads, should carmakers be forced to take a moral stand with their advertising dollars, only doling out their cash to media organizations they agree with?

To put it another way: Would knowing a car company advertises on Fox News change the way you feel about it—or make you less (or more) likely to buy their cars?

I await your comments below with bated breath.