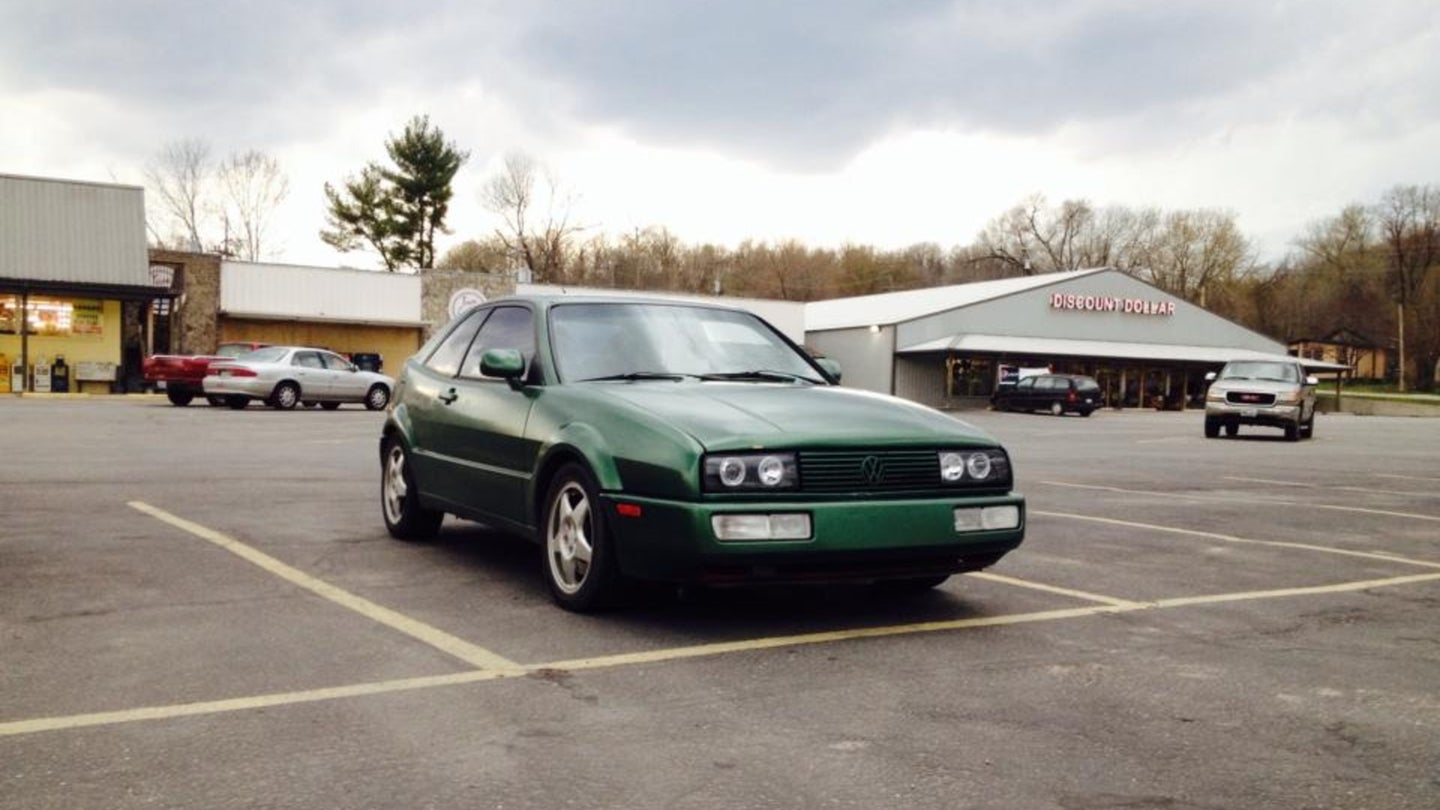 Ah, man...I'm almost too embarrassed to say. I went through a few cars and trucks during my teenage years, none of which were the most tastefully modified. Then again, I can hardly remember anyone whose ride was anything less than decently bad. That's why I want to know today, dear reader: What was the dumbest thing you did to your car in high school?

My driving days started with a 1996 Ford F-250 that was actually pretty nice. It had a small lift kit and rode on 35-inch tires, all with the sweet sound of a straight-piped 7.3-liter Power Stroke diesel. Aside from the now-cringey "UNNATURALLY ASPIRATED" and "Old But Sexy" stickers on the back glass, it was certifiably sweet. That said, I later got a hair-brained idea to sell that beauty in favor of a clapped-out Volkswagen Corrado. If only I still had that truck now...I'd be happy. Or sitting on a gold mine. One of the two.

The Corrado soon became the victim of my scene-influenced tastes, which included mods that made the car far, far worse. I was too poor to afford Euro code headlights, and my 17-year-old brain decided halo projector units off eBay would be a fine substitute. (See this blog's lead image.) In hindsight, that was a terrible call, but what can you expect from an 11th grader? I also bought an Airlift V2 suspension management system but never got the actual bags as I was piecing together the "build." You do what you can with a 25-hour work week's pay from Walmart.

The passenger-rear wheel bearing was totally shot, but by golly, I had a sweet VR6 engine and a spoiler that raised automatically at 45 miles per hour. I was cool, dangit, and people liked me. Looking back, however, I wouldn't have liked me and I'm glad I've moved onto more rational hobby cars now.

I know the rest of you have similar stories, and I'm inviting you to share them here—on the internet—with the benefit of anonymity. Unless your car was so bad that anyone from your hometown would notice it, I think you're safe in our comment section. Just don't be upset if someone hates on your fake ///M badges.