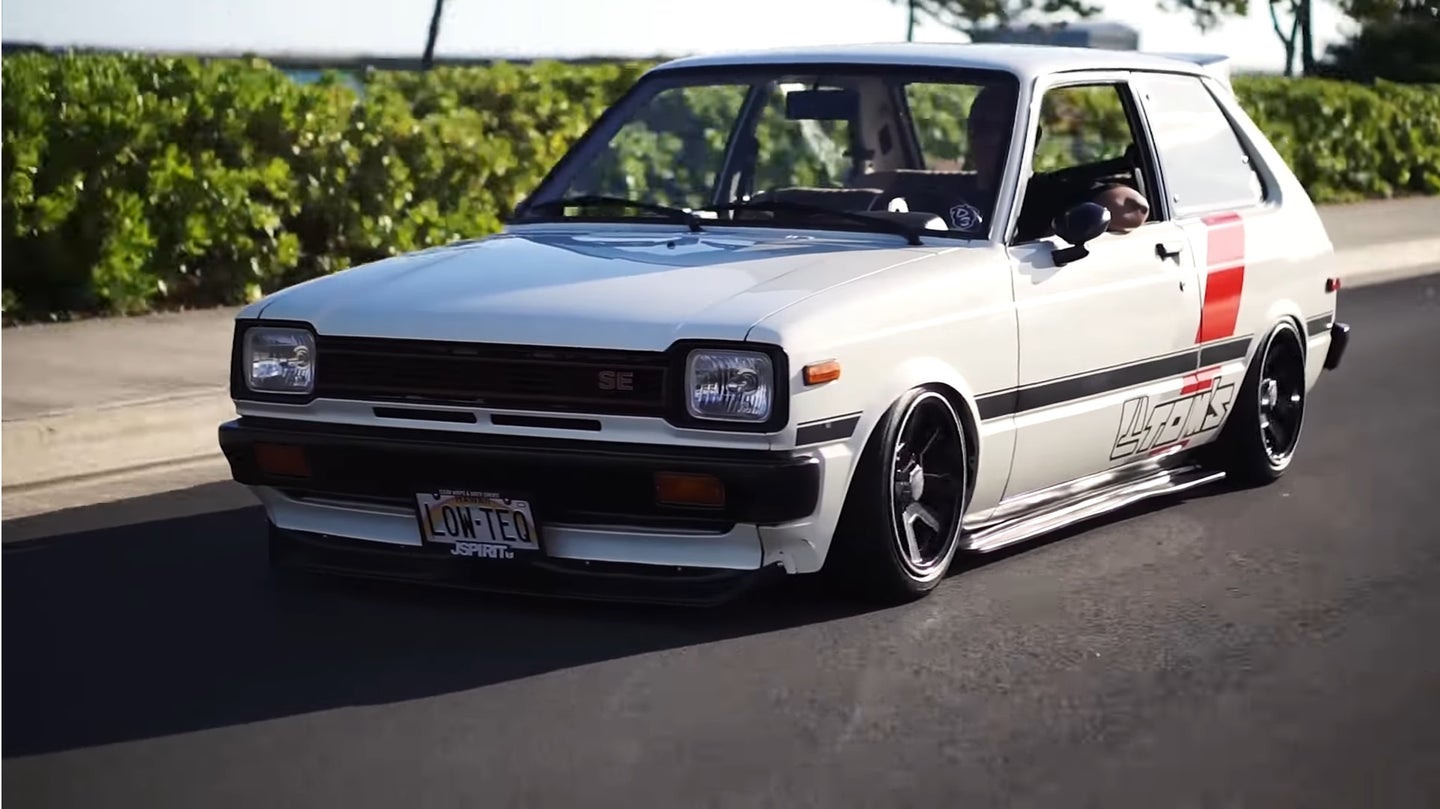 Car enthusiasts are just looking to enjoy their cars as much as possible and it's exciting to see all the different ways people have fun. For Tommy Dolo (who will tell you that he's 43 years sober) from Hawaii, happiness lies in this outstanding Toyota Starlet.

The 1981 Toyota Starlet isn't a popular platform among tuners, but that exactly why it's so appealing. And you wouldn't know from looking at it, but this tiny Japanese econobox is rear-wheel-drive too. I bet many of you caught yourself grinning from that sentence alone!

And because anyone that's been bitten by the JDM bug can't leave their modest little Japanese cars alone, Tommy modded this Toyota Starlet with some personal touches to make it his own.

Tasteful cosmetic touches include a KE70 front lip cut to fit the Starlet as well as a front bumper from another older Corolla that was trimmed to fit. Its also got custom side-skirts, a TRD replica rear spoiler and a set of side mirrors off eBay.

This little Starlet may have started life as a dull and economic subcompact, but it sure looks like a riot now. Except it isn't. While Tommy did give it headers and a full exhaust, the Starlet is still rocking its stock 1300 cc 4K-C motor producing 59 horsepower. I mean, at least it's faster than walking, right?

"Literally like driving a legal go-kart on the road," Tommy went on to describe his Starlet. "The car is so under-powered, but with the maneuverability, you feel like you're driving super fast. It's good fun. It's hella fun."